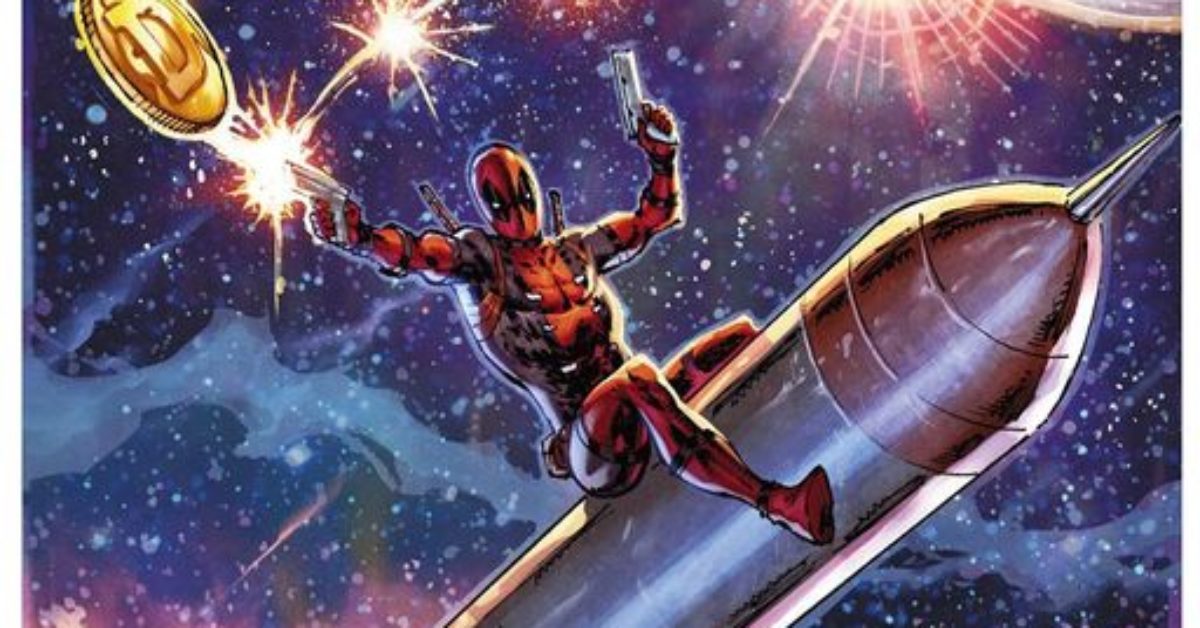 NFTWatch: Welcome to a planned semi-regular runaround of NFT news as it pertains to the comic book marketplace. Slammed by some for being environmentally damaging Ponzi schemes for money launderers and illogical overspending for nothing more than unreliable links, more comic book artists are looking at non-fungible tokens as a way to survive current financial concerns and replace the original art market as more turn to digital comics creation. While comic book publishers are sending out legal letters and we may be getting the seventies fight over original art all over again. Has anyone got Neal Adams’ number? Welcome to Bleeding Cool’s NFTWatch. You can subscribe to NFTWatch by e-mail by clicking here.

NFTWatch: Jae Lee is launching his new creator-owned comic book Seven Sons with a series of NFT artworks on ComicLink. If he makes enough, maybe he’ll give Hellshock another reboot. The third time is the charm.

NFTWatch: Macroverse Media is launching itself as a is a next-gen comics platform, with Co-Founders Eben Matthews, Adam Martin, and Ricci Rukavina, getting ready to launch in the NFT meets storytelling part of the world, with series from David F Walker, Paul Scheer, Doug Wagner, Evan Shapiro and more. They pitch that they “have uniquely worked out how to combine a great reading experience for fans with the collectible aspect of NFTs” and that “we’re doing it in an environmentally responsible way.”

Here are their bullet points for what people will be able to use it for:

They are pitching Macroverse Epics as “fully fleshed out stories, like a collaborative digital omnibus, that go beyond a cover and single pages. Each comic combines the story, concept art, process work, and more to highlight the unique aspects of the creative process of comics for the NFT collectible audience” and that “This new format brings the accessibility of digital media and the fun of collectability together in a unique way. Every series is custom-built through a combination of story, covers, process work, audio, and more, all with rare and exclusive availability to increase in value over time. This nouveau concept combines the best of Kickstarter, Patreon, and Social Media, using NFT and blockchain technology to create an excellent reading experience while showcasing artistic talent in a whole new way. Fans and collectors alike can engage with the first blockchain comics that are as fun to read as they are to collect!” Series already available in this fashion include Alien vs. Parker by Paul Scheer and Nick Giovannetti, Phobos by Jason Brubaker, and Boondock Saints by director Troy Duffy.

NFTWatch: WizardWorld is trying to preserve the collectable autographs of comic conventions by offering NFTs of them. Such as this Scott Bakula signed NFT for $85. Oh boy. It has also launched a series of 3D NFTs of exclusive items from the Wizard World Vault online marketplace compiled from 25 years of events, in addition to the 2D NFTs announced earlier this month. This will include NFTs of full editions of comic books, collectible figurines, and double-sided cards.

NFTWatch: Nick Percival’s Bloodlines is intended to be the world’s first NFT-only graphic novel from the 2000AD/Judge Dredd artist. The work will be released by Terra Virtua in conjunction with a new graphic novel reader app to allow collectors to “immerse themselves in the novel’s post-apocalyptic world, and engage with exclusive content.” By spending money. They state that “the new Bloodlines series follows the journey of four characters as they fight to survive in a disorientating and bleak world, which sees human emotions take on physical forms such as fierce rage storms and sweeping floods of tears.” Has anyone tried selling human emotions as NFTs? Nick Percival said: “After two years of development, I’m delighted to release my new novel, Bloodlines, as an NFT. I’d originally planned to publish it as a traditional graphic novel, but after working with Terra Virtua, I became fascinated by the ways NFTs enable people to experience art in ways that aren’t possible in print. I’ve known Terra Virtua Co-Founder Gary Bracey, through the comic industry since the 90s, and after talks with him about their new custom-made viewing tool, I was excited at the prospect of producing the first NFT-only graphic novel.” Excited, he’s positively tumescent!

NFTWatch: Rainwerks Studios and Blockibles treating “eco-friendly” NFTs for the feminist crime-noir graphic novel Mafiosa published by Dark Horse Comics. Blockibles is a soon-to-be-launched digital collectibles platform specializing in blockchain-based items. It will also include one exclusive NFT of original art by Deborah Carita that includes the license grant of full copyright ownership. This means you can then publish it yourself if you wish. They also try and address  are concerns about the environmental impact of releasing NFTs on the Ethereum blockchain with what they describe as “a carbon offset infrastructure with a calculated 99% more efficient, proof-of-stake model for minting NFTs” and that “Blockibles can produce NFTs that deliver on all the promise and excitement of digital technologies but in ways that do not compromise our planet.” Let’s keep an eye out, shall we?

NFTWatch: Rob Liefeld writes, “The NFT that wasn’t. Several months back, I crafted this with my friend and his son; the idea was to make a Deadpool NFT. It ultimately didn’t come together, but the art is too fun not to share. Color by Jay David Ramos.” Another victim of those Marvel legal letters, perhaps?

NFTWatch: Talking of which I hear Marvel Comics may have their own NFT-related announcement for later today… watch the skies… and that’s the first Bleeding Cool NFTWatch. Click here to get the next one by e-mail.