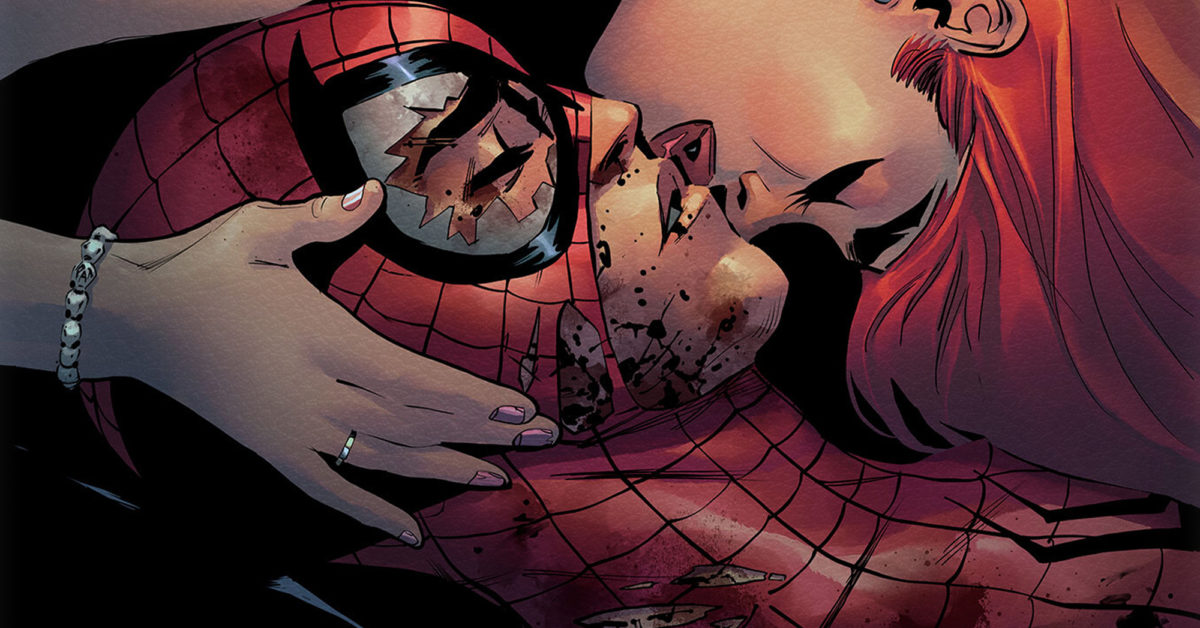 When Nick Spencer’s final Amazing Spider-Man #74 was solicited in Marvel’s September 2021 solicitations, it was labelled a “Finale” suggesting that what would come next, would be a brand new relaunch. And that seems to be just what we are getting.

It appears that Marvel Comics may be reverting to a rotating creative team on Amazing Spider-Man, or something closer to what the X-Men offices have achieved over a plurality of titles. And they are calling it Spider-Man Beyond, for what they call an “exciting new Amazing Spider-Man era” with new Amazing Spider-Man writers Kelly Thompson, Saladin Ahmed, Cody Ziglar, Patrick Gleason, and Zeb Wells. All are well-known names in comics, save for Cody Ziglar, who has written a couple of issues of Miles Morales: Spider-Man and Heroes Reborn, but also writes for Rick & Morty, Robot Chicken, Marvel Studios’ She-Hulk, and Craig of the Creek. The teases included many things – including the upside-down Spider-Man/Mary Jane kiss… but one following a very beaten up and battered Spider-Man.

And a Beyond logo…

The Beyond Corporation, there. Created by Warren Ellis and Stuart Immonen for Nextwave: Agents Of HATE as a collective of beings who embody the wild spaces beyond reality and who just want to play with more dimensionally-trapped beings and have fun with them. When they last appeared, the Mighty Avengers banished them reality but you know how long that kind of thing takes to stick. Is this a Peter Parker from a parallel dimension who comes to ours after our own Peter Parker has died, a bit like in Into The Spider-Verse? That sound like fun, right? Here’s a look at that Amazing Spider-Man finale for now…