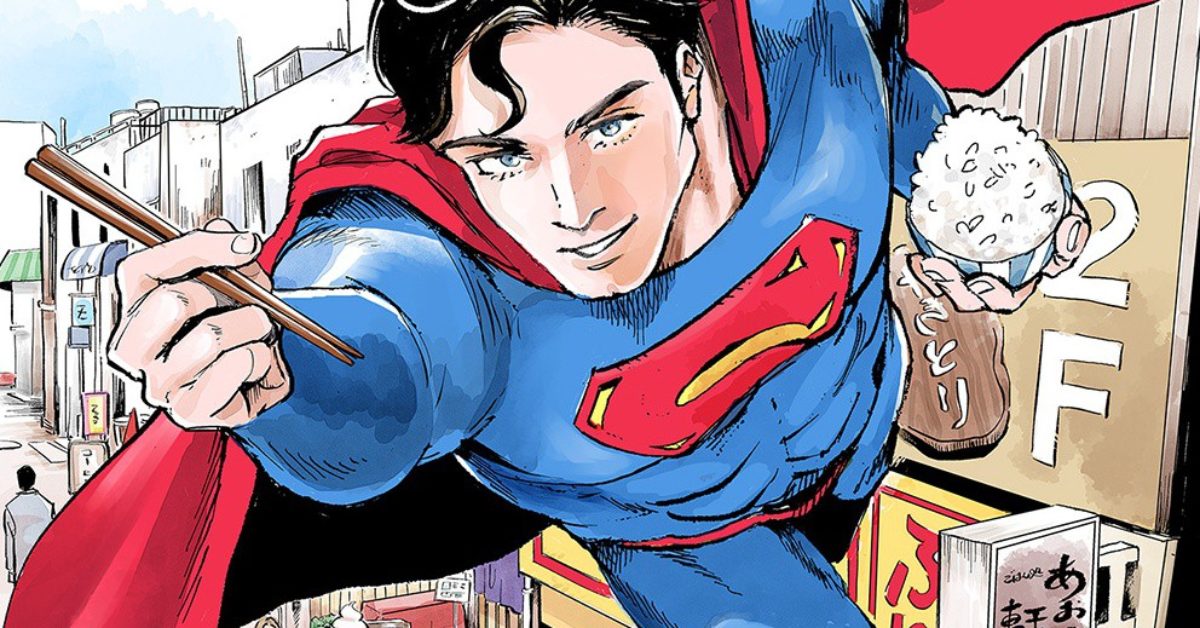 In a new manga co-published by DC Comics and Kodansha, Superman will do what Batman is afraid to: eat out. The concept of Superman vs Meshi is simple: Superman flies around Japan trying food from different restaurants and critiquing it. The story will be serialized in Kodansha’s Evening magazine on June 22nd, and will be written by Satoshi Miyakawa with art by Kai Kitago. And it will prove once and for all who is the manlier DC superhero, as measured by his generosity as a lover.

“Heroes do NOT do that!” pic.twitter.com/mu3j1Ki5Ca

As we all know, DC Comics recently nixed a scene in the Harley Quinn animated series that would have depicted Batman performing oral sex on Catwoman, claiming heroes don’t do that. But while Batman may be morally opposed to dining on sushi, Superman vs Meshi reveals Superman has no such hangups. Good for him. And better for Lois Lane!

DC’s restrictions on The Dark Knight’s proclivities sparked a memepocalypse on social media, so it’s only fair that Superman’s willingness to go downtown be equally celebrated, and Kodansha knows exactly what they’re doing, with this artwork showing Superman’s confident smile, the look of a man who will do whatever it takes to ensure his partner’s pleasure in the pursuit of truth, justice, and a mind-blowing orgasm. Chopsticks optional.

Unfortuantely, there are no announced plans to translate Superman vs. Meshi to English at this time, possibly because DC Comics doesn’t believe an American audience will tolerate a Superman dines where Batman will not. Hopefully, DC will come to their senses and change their minds. Until then, we say to you, Superman: bon appétit!

The new GHOSTBUSTERS: AFTERLIFE trailer has me more confused than ever
ComicCon@Home ’21: Super Sons return, a midlife Superman, and a status quo shift for Earth in DC’s Man of Steel panel
Snelson: Comedy Is Dying, But Not Before It Gets An Extended Preview
Blue Reflection: Second Light Shines On PS4 & PS5 This November
Microsoft Flight Simulator Available Today on Xbox Series X|S and Xbox Game Pass