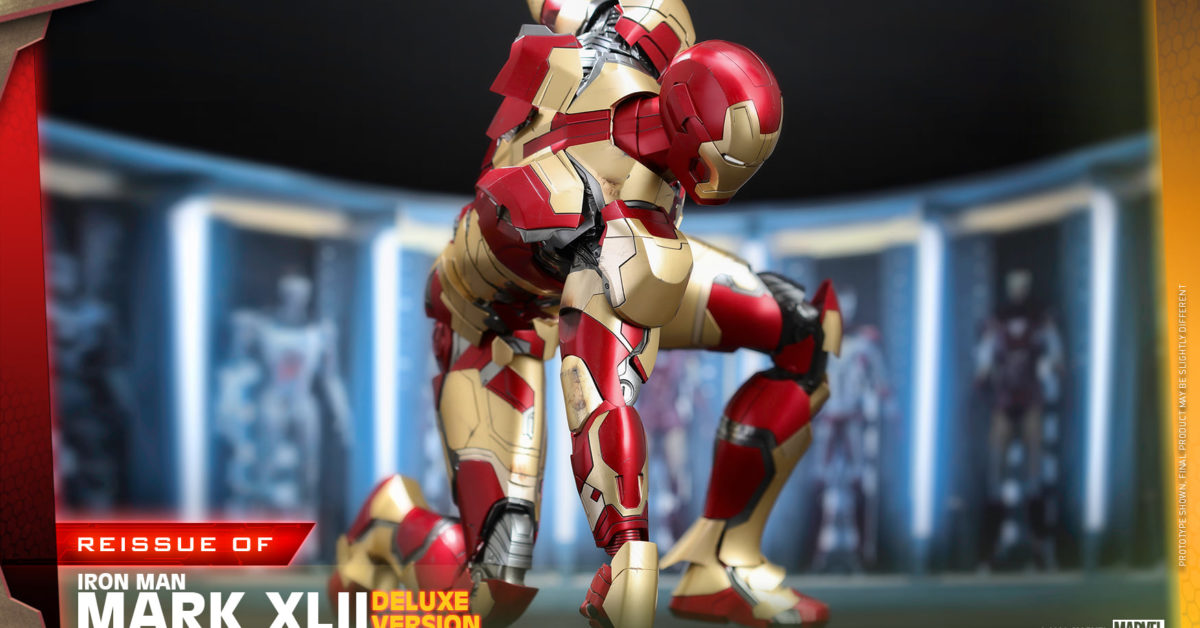 Hot Toys is taking Marvel collectors back to Iron Man 3 as they announce the reissue to their Mark XLII 1/4 Scale Deluxe figure. Standing at over 19″ tall, this figure features 40 points of articulation and a highly detailed armor sculpt. Iron Man comes with two interchangeable portraits that allow collectors to display him with and without his faceplate on. The Mark XLII armor aisles include multiple swappable hands, regular and battle damaged armor pieces that can be easily swapped as well as an LED effect for multiple points of the armor. Hot Toys has also included extra accessories too like a flash bang, a battery booster with electrical cables, and a very dynamic diorama display that lights up and is designed after the arc reactor design. This mighty Avenger is ready to take on your collection, and the 1/4 Scale Mark XLII Deluxe Figure is priced at $640. Tony is set to rerelease in the last half of 2022, and pre-orders are already live and located here.

“Iron Man 3 – Mark XLII (Deluxe Version) 1/4th Scale Collectible Figure – As one of the iconic suits appeared in the Iron Man 3 movie, Iron Man Mark XLII has captured fans’ attention with its special and unique design. Today, Hot Toys is pleased to announce a special reissue of Mark XLII as stunningly detailed 1/4th scale Collectible Figure (Deluxe Version) for fans who have missed out this extraordinary suit in its initial release!

“Moreover, the deluxe version will exclusively include a Arc Reactor-themed diorama figure base with LED light up function and detachable gantry arms. Pre-order this amazing collectible figure to your Iron Man collection!”