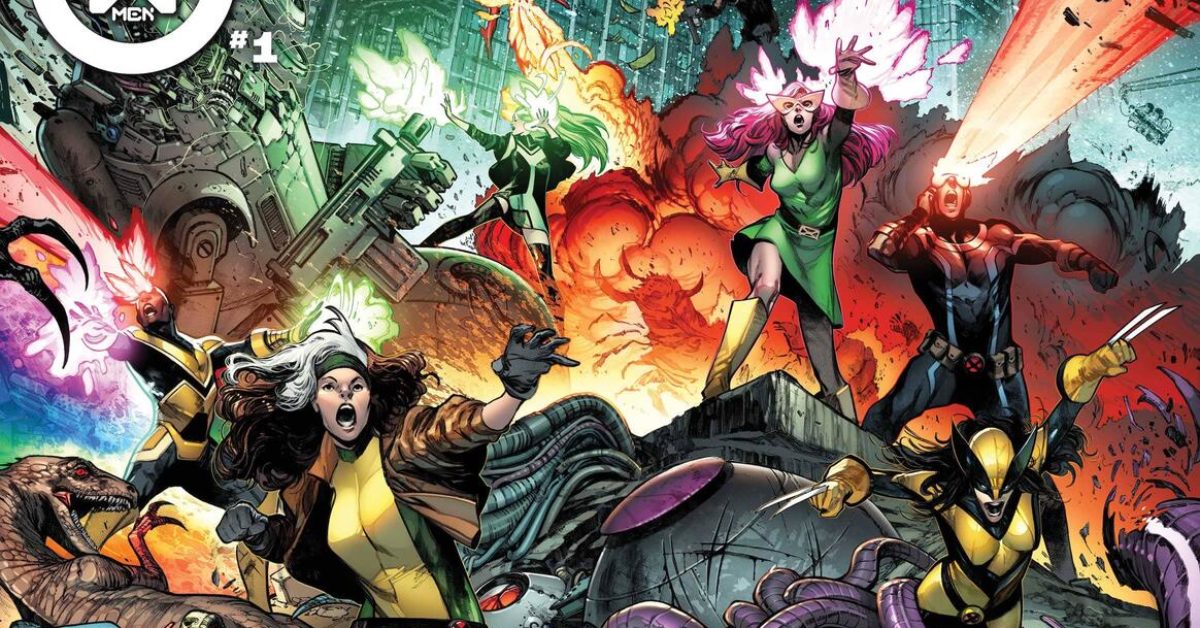 You know how you know a comic book run is totally epic in the modern age? If it lasts through more than one shocking #1 issue relaunch, then you know it’s lasted longer than 99% of the Marvel Comics published today. And so, as we reach a turning point in Jonathan Hickman’s very epic X-Men reboot, Jonathan Hickman’s X-Men will become Jonathan Hickman’s Gerry Duggan and Pepe Larraz’s X-Men in July when X-Men #1 hits comic book stores. Whew! Tell us this thing has more than a dozen variant covers and we may require a fainting couch!

In any case, Marvel posted an unlettered preview of X-Men #1 on their website, and while we may or may not address the “unlettered” part soon, for now, we thought you might enjoy just seeing the pages. Here they are:

And here’s a trailer:

Once again protecting a world that has hated and feared them their whole life, original X-Men Cyclops and Marvel Girl have rejected the notion that mutantkind is only out for itself and brought back the world’s premier team of mutant super heroes. Things might be complicated between the new mutant homeland of Krakoa and the rest of the Marvel Universe, but to the X-Men, things are simple—you do what’s right, you protect those who need protecting and you save the world we all share. See this new team battle to protect all people of their home planet in the new X-MEN #1 TRAILER, featuring never-before-seen artwork from the debut issue!

It’s my privilege and honor to be reteamed with Pepe Larraz as we throw beautiful and deadly threats at the X-Men beginning in July. Mutants have saved themselves, and are now going to save the world. Krakoa will grow roots in the capitol of the world, New York City, and the inaugural year will star Cyclops, Marvel Girl, Rogue, Wolverine, Synch, Sunfire and Polaris. The threats to Earth will come fast and hit hard, and every page from Pepe and Marte will blow your hair back. See you in July.