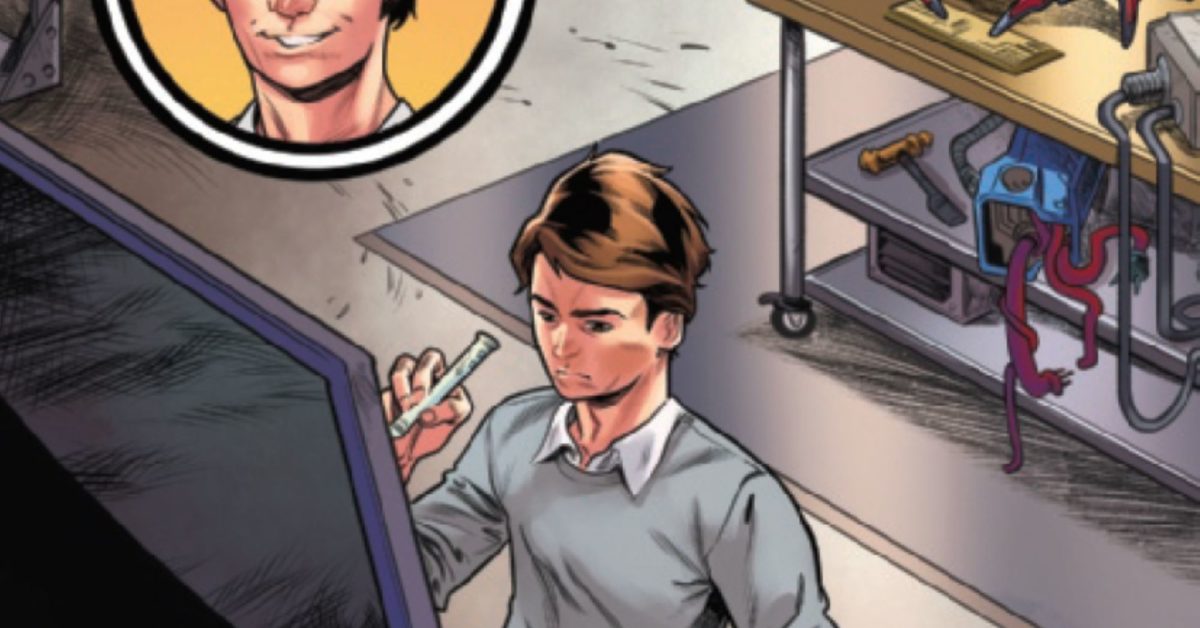 There were lines this morning outside some stores as people queued to pi k up copies of the much-delayed W.E.B. Of Spider-Man #1 which ties in with the new Disneyland attraction and also features the first comic book appearance of Harley Keener, the kid from Iron Man 3 who turned up at Tony Stark’s funeral in Avengers: Endgame. Oddly, his entire subplot was removed from the Iron Man 3 comics adaptation in Road To Civil War, so yeah, the first appearance it is. Alongside Moon Girl, Squirrel Girl, Peter Parker, and Onome.

Copies of the standard cover have already sold this morning for up to $30, with a Mark Bagley 1:25 tiered variant selling for $80. Marvel was originally planning to launch W.E.B. Of Spider-Man, a new Spider-Man comic based on the Avengers Campus ride at Disney World, last year. Then the pandemic closed down comic book publishers, printers, distributors – and theme parks. And the comic book by Kevin Shinick and Roberto Di Salvo was put on hold. It had then been repeatedly rescheduled for publication. Initially, that was to be for  January 2021, coming off Bleeding Cool’s Marvel MIA Missing In Action list. But Marvel Comics then told retailers it has been taken off the schedules. And then back on again for May. Then it slipped further, back to June, with the second issue out in three weeks.

Unusually, it also shipped without a Marvel logo on the cover (even though it is present on the digital version. Makes for an unusual-looking Spider-Man comic, even the IDW Spider-Man comics have those.

WEB OF SPIDER-MAN #1 (OF 5)
MARVEL COMICS
APR200946
(W) Kevin Shinick (A) Rob DiSalvo (CA) Gurihiru
Peter Parker. Spider-Man. Scientist. Troublemaker? Thanks to none other than Tony Stark, a new scientific research station for the teenage heroes of the Marvel Universe has just been completed  –  and Spider-Man just got an invitation to join! Working alongside some of your favorite faces from the MU and a whole bunch of awesome new gadgets, and with Iron Man keeping an eye on the them, surely everything’s going to go great for the heroes, right?   … Right? Face front, True Believers, and treat yourself to this first issue in an adventure of the WORLDWIDE ENGINEERING BRIGADE! Rated T In Shops: Jun 09, 2021  SRP: $3.99

Hot Toys Announces Iron Man 3 1/4th Scale Figure Reissue
The Aquaman Sequel Gets an Official Title
Small Press Spotlight: Check out the current lineup from OUTLAND ENTERTAINMENT
Leaked CD Projekt data “may include” employee and contractor details, according to the developer
Rune Factory 5 has been delayed to early 2022 here in the west