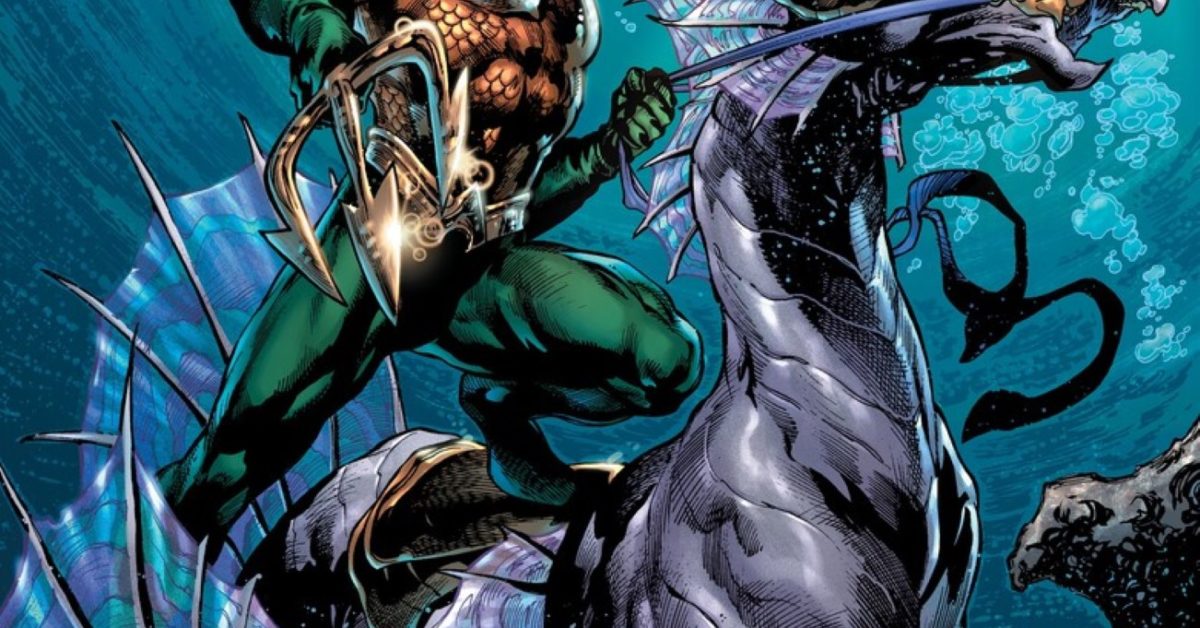 Our good friends at the Aquaman Universe twitter feed, who have a direct feed into all things Aqua, put out the word of two new Aquaman mini-series launching in September, after August’s 80th Anniversary Special. “Past, present and future: 80 years after his introduction in 1941, Aquaman and co. will have 2 new mini-series debuting in September with the respective creative teams contributions to the Anniversary Spectacular serving as preludes to the upcoming 1st issues — don’t miss it!”

What the series are, we don’t know. There’s gossip that Chuck Brown or Brandon Thomas are on Black Manta or an Aqualad mini-series.  But one way or another, DC Comics is relatively low on Aquaman-related collected material to publish in bookstores for 2022 alongside the movie release, so these minis are likely to feed that deficit. But I think we can rule out the chance of one of the mini-series being from Francis Manapul – some people had been holding out for his Aquaman: Earth One project but he recently posted on Instagram that his Superman: Red, White And Blue story would be his last before focusing on creator-owned work.

But these mini-series will also be in addition to the new Aquaman series we should expect to be launching ahead of the new movie as well. We are also told to expect the return of the original Prince of Atlantis, Arthur Curry Jr? Originally appearing in Aquaman #23 in 1965 as Aquababy, the child of Arthur and Mera, died in Adventure Comics #452 in 1977, suffocated by Black Manta.

This all-star-filled anthology spans across the ocean king’s legacy, not just celebrating his own triumphs but also those of his greatest allies and enemies. The main cover version of this 100-page blockbuster is priced at $9.99, with each card stock variant priced at $10.99