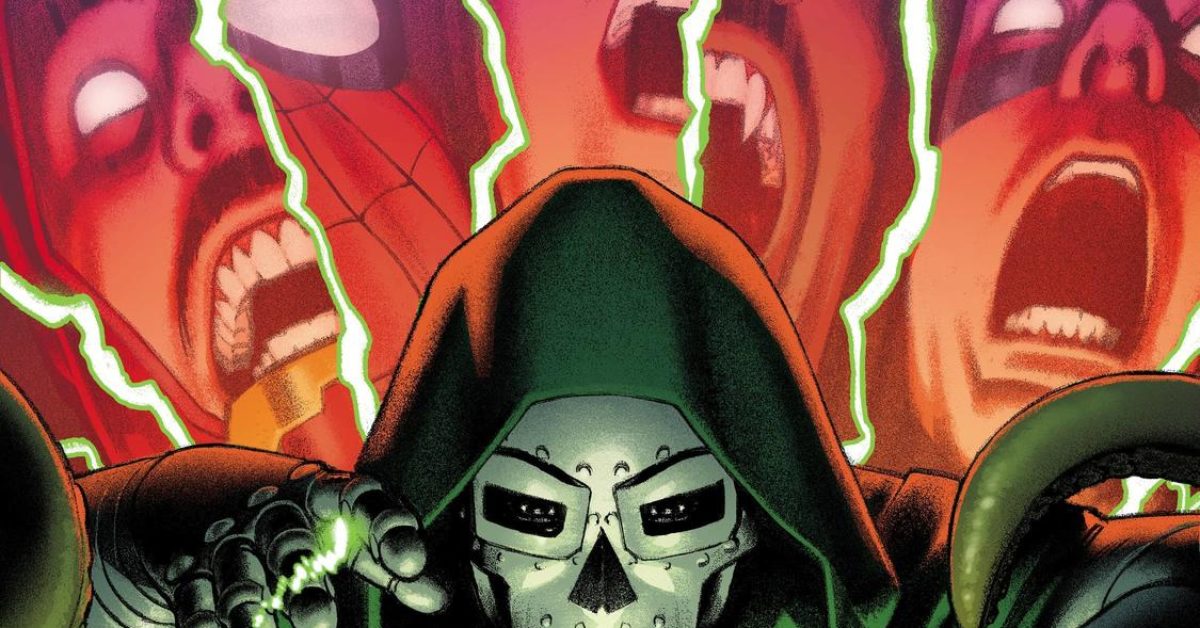 Marvel Comics originally planned an event to begin in June 2020, with Darkhold Alpha #1 by Steve Orlando and Clan Tormey. The solicitation read “ENTER THE PAGES OF THE DARKHOLD… IF YOU DARE! Critically acclaimed writer Steve Orlando (Martian Manhunter, Batman, Wonder Woman) makes his Marvel debut with a story that will delight and terrify! For hundreds of years, scholars and heroes alike have searched for the complete text of the Darkhold — A.K.A. the Book of the Damned, written by the elder god Chthon. Now one of the greatest sorcerers in the Multiverse has found it — and Chthon has found him. To save them all, the Scarlet Witch must gather the world’s greatest heroes…and unleash their inner darkness. Witness the Marvel Universe’s descent into chaos! 40 PGS./ONE-SHOT/Rated T+ …$4.99”.

Well, then someone read the actual Darkhold in real life, or at least it feels that way, as the world basically fell over. And it hasn’t been rescheduled or resolicited since. Originally the collection would have been published in December, just in time for WandaVision, but it was all put on hold.

The collection was then listed on Amazon again, with a cover featuring the Scarlet Witch, and scheduled for December 2021. Which suggested the Darkhold may still be published by Marvel, just a year later than originally planned. Well now the collection has been delayed again to the 15th of February 2022. Which still suggests we might have Darkhold before the end of the year. But only if you’re lucky. The new listing reads “DARKHOLD sees Doctor Doom unearth the ancient Darkhold, a text written by the elder god Chthon, and unintentionally opening a passageway for Chthon to return to our dimension. To stop him, the Scarlet Witch recruits five heroes-Iron Man, Wasp (Janet), Black Bolt, Spider-Man (Peter), and Blade. To enter Chthon’s dimension and fight him, the heroes must read from the Darkhold, which drives them insane. COLLECTING: DARKHOLD ALPHA (2020) 1, THE DARKHOLD: TBD A (2020) 1-E (2020) 1, THE DARKHOLD OMEGA (2020) 1″. So we have an opening and closing chapter and five issues highlighting a different hero in each –  Iron Man, Wasp, Black Bolt, Spider-Man, and Blade with a final issue to close… at some point.

Biomutant’s Console Patch Has Arrived, Fixes a Number of Issues Including Dialogue and Difficulty
This Week on DC UNIVERSE INFINITE: The Joker Presents: A Puzzlebox Debuts with Bonus Content!
A look inside the University of Portsmouth’s new Esports Coaching & Performance degree
In This Preview of Flash #771… Superman WILL DIE?!
Mass Effect Legendary Edition Update Fixes Trophies and Pre-Rendered Cutscenes