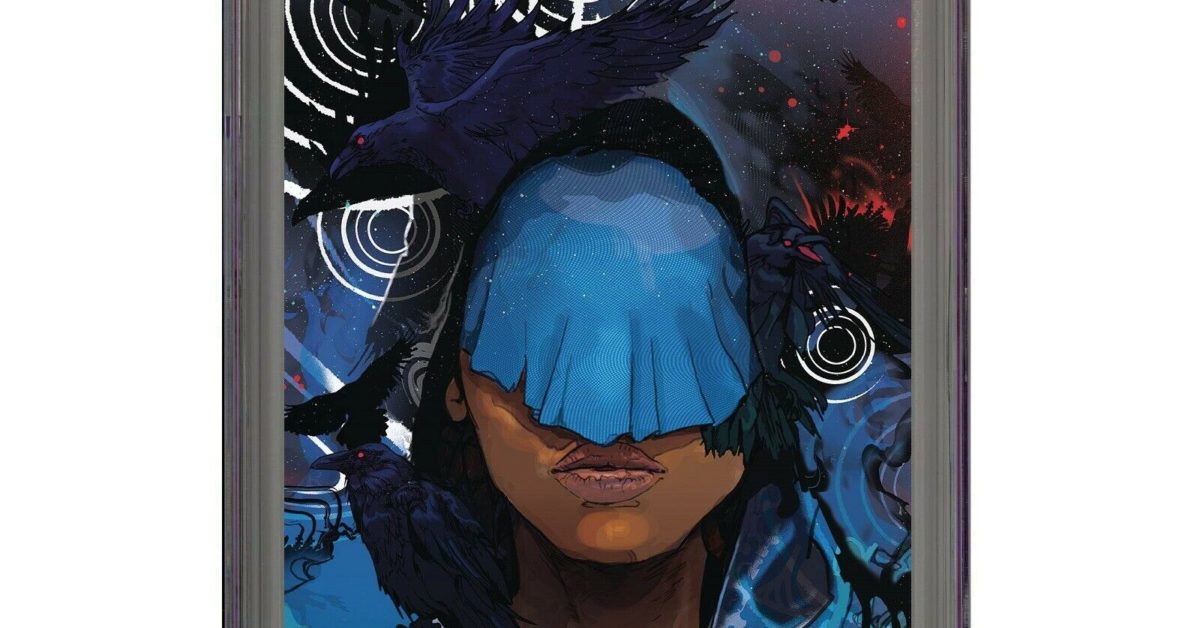 We’ve been tracking the upcoming launch of Cullen Bunn and Jonas Scharf‘s new series, Basilisk, for some time. Ahead of Final Order Cutoff, we were able to confirm that Basilisk #1 was the highest-ordered launch of writer Bunn’s rather prolific career and after FOC we were able to confirm order came in over 56,000 copies. That career-record first issue lands in comic shops tomorrow, just a week after Boom’s series from James Tynion IV and Werther Dell’Edera‘s Something Is Killing The Children returned to comic shops after a several month hiatus. Something Is Killing The Children #16 wasted no time making its presence known including landing on ComicTom101’s “Top 10 Trending Comic Books of the Week” thanks to the 1-in-50 Jenny Frison cover averaging sales of $65 the week of release. We’ve called out the similarities we see between SIKTC’s Erica Slaughter and Basilisk’s Regan as well as the seemingly “mirror universe” monsters vs monster hunters in Basilisk. And with Basilisk’s 1-in-50 cover by Christian Ward posting some sales at $65 and even $209 CGC graded at 9.8 perhaps collectors are seeing the same possibilities. Meanwhile, the 1-in-25 by Rafael Albuquerque has posted sales ranging between $30 and $40, making complete cover sets at $97 to $100 seem reasonably priced in comparison.

But perhaps it isn’t the similarities with Something Is Killing The Children that are driving the high aftermarket prices… could it be speculators betting on another Boom/Bunn collaboration being snatched up by Netflix as part of their first look deal with Boom? After all, the first project between the publisher and writer netted a critically acclaimed horror pandemic era release in The Empty Man before Netflix grabbed The Unsound for development. There’s also the rumors that Bunn’s previous collab with artist Scharf, Bone Parish, has been optioned as well. Will Basilisk be next on Netflix’s shopping list?

If it is, then speculators will find their investments paying off like those got in early on Greg Pak and Takeshi Miyazawa‘s Mech Cadet Yu which Netflix is turning into at least one season of animated TV. That announcement last week shot sales on the main cover of issue #1 to an average price of $50 and high sales of $75 for a raw copy. That alongside Disney+ revealing casting details for Boom’s series with R.L. Stine, Just Beyond, and as we understand it, numerous unannounced series and movies in very active development at various streamers, seem to point to Boom hitting a new phase in their TV and film aspirations.

Given all that, and that Basilisk #1 features the first appearance of all five members of The Chimera and the former victim hunting them, Hannah, it might not be a bad idea to pick up a copy or two at cover price when you visit the comic shop tomorrow. Hey, you might even fancy reading one of them.

Hyperice partners with LPL for 2021 season
Diversifying esports revenue streams: how are teams making money?
The Persistence Enhanced hits PS5 with visual and performance improvements June 11
Comics Crowdfunding Round-Up: PUSH/PULL, WAYFINDER, and 3 more campaigns we love!
Have You Played… A Way Out?