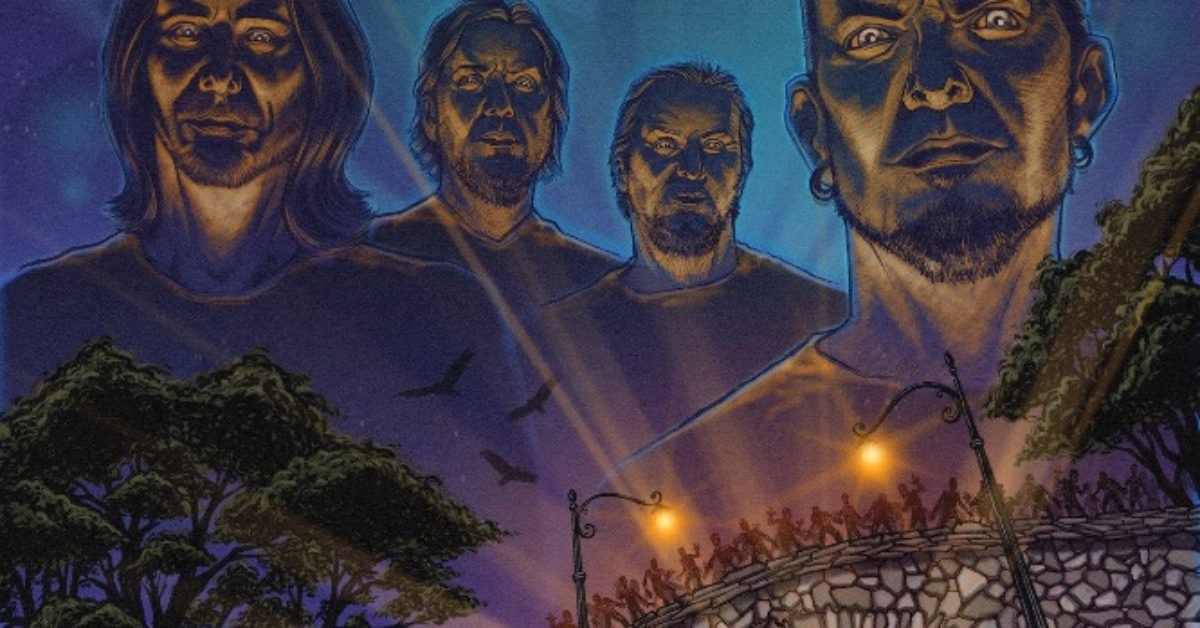 Alter Bridge is the latest rock group to sign a deal with Z2 Comics – the kind of thing that Heavy Metal Magazine used to be so good at – for a high-end graphic novel adaptation. The book in question, Alter Bridge: Tour Of Horrors will be packaged with a first-time vinyl release of their 2004 album, One Day Remains. Spider-Man, Venom and Carnage comics writer, script coordinator on the New Warriors TV show, and writer on Mrs Fletcher, Trinkets and Final Space, Emily Ryan Lerner is writing Alter Bridge: Tour Of Horrors, telling the story of when one of Alter Bridge’s roadies goes missing and they find a ghoulish replacement. Artists will include Clay McLeod Chapman (Venom), Nelson Blake II (Spider-Man), Lalit Kumar Sharma (Daredevil), Beni R. Lobel (Blacklist), and Carlos Olivares.

“After 17 years making music and touring the world, there aren’t many opportunities for a rock band to do something they’ve never done before. After partnering with Josh and the whole Z2 staff to create Alter Bridge: Tour of Horrors, we can now check create a horror comic off our bucket list. We can’t wait for people to read this original story we came up with. It is equally exciting we are finally getting to release One Day Remains on vinyl thanks to this incredible partnership,” explains Alter Bridge. Publisher Josh Frankel says “Alter Bridge: Tour of Horrors is another testament to our commitment to the vision of the artist. While some of our releases are directly tied to the storylines of the albums themselves, our mission is simply to provide a home for these musicians to expose their fans to a whole new side of their artistic palette, uninhibited by their previous musical work or otherwise. This book is guaranteed to please both fans of the classic horror anthology and Alter Bridge fans seeking something new.”

The Alter Bridge: Tour of Horrors graphic novel comes in at 120 pages and will be released in a standard hardcover edition in comic shops and bookstores alike in November 2021, as well special deluxe, super deluxe edition, and super-duper deluxe editions available for preorder now only through the Z2 website, which will include a special exclusive first-time vinyl edition of the band’s 2004 debut, One Day Remains, in a strictly limited edition of 3,000 copies across three premium editions.