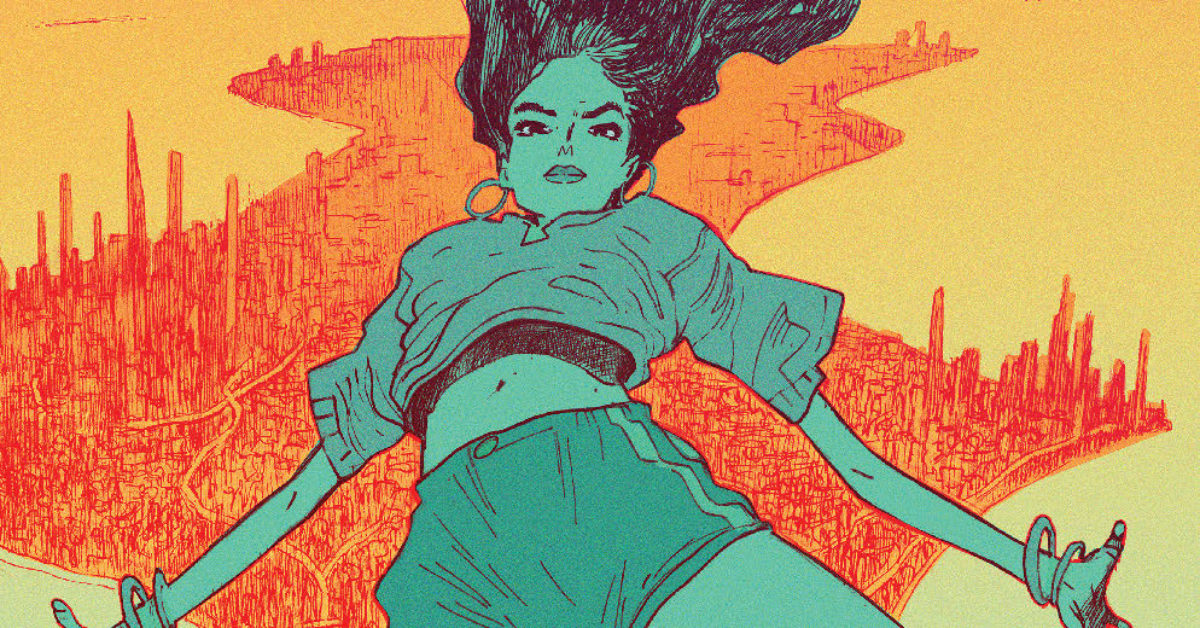 In the wake of rave reviews for issue #2 of The Many Deaths Of Laila Starr, I thought I’d take a closer look at the incident that kick starts the entire series from issue #1. There will be spoilers, so if you want to go into the series blind, turn away now.

For what it’s worth, the first issue of The Many Deaths Of Laila Starr gets a lot of love and it’s easy to see why. Ram V writes a Sandman-influenced story that’s easy to digest, and Filipe Andrade’s work looks unreal. (Meant as a compliment.) I think it’s the coloring from Andrade and Inês Amaro, but that’s neither here nor there.

I will spoil the first issue of The Many Deaths of Laila Starr. Notwithstanding what’s below, with just one issue, I think The Many Deaths Of Laila Starr is one of my favorite comics from Boom. BUT. The comic pivots on a moment that raised an eyebrow. If you don’t want to be spoiled for what Rich called Ram V’s “star turn”, close the window now.

I don’t believe that Death would hesitate. At the risk of understatement, pregnancies are difficult life-changing events even with the best medical care in the world. Newborns die all the time, for any number of reasons. And I’m supposed to believe Death, who previously was a constant visitor to every hospital in the world, who killed newborns “with names” before, now stopped? Because the newborn “had a name”? Or that each new life birthed into the world has a “moment of grace”?

I don’t believe it.

There are simply too many ordinary, sad reasons for a human life to be snuffed out just after birth that it’s difficult for me to believe Death stopped in this one instance because of the fact that the newborn had a name and other people wanted to see that newborn grow.

The only words I feel comfortable putting in V’s mouth are that the story is partially about how being reduced to a human being changes Death’s perspective. Which, fair, but Death was reborn five pages ago. That’s not a lot of space to sell a major change in behavior that’s required for the series to go off, and more to the point, The Many Deaths Of Laila Starr doesn’t sell that change.

It’s fundamentally a “just go with me here” moment. Largely, I do go with the team here because V has a story to tell, and Andrade’s work here looks, to borrow a word, spectacular. It’s recognizable as Andrade and also better. It’s a cliché to say artists level up from project to project, but on The Many Deaths Of Laila Starr, Andrade really did.