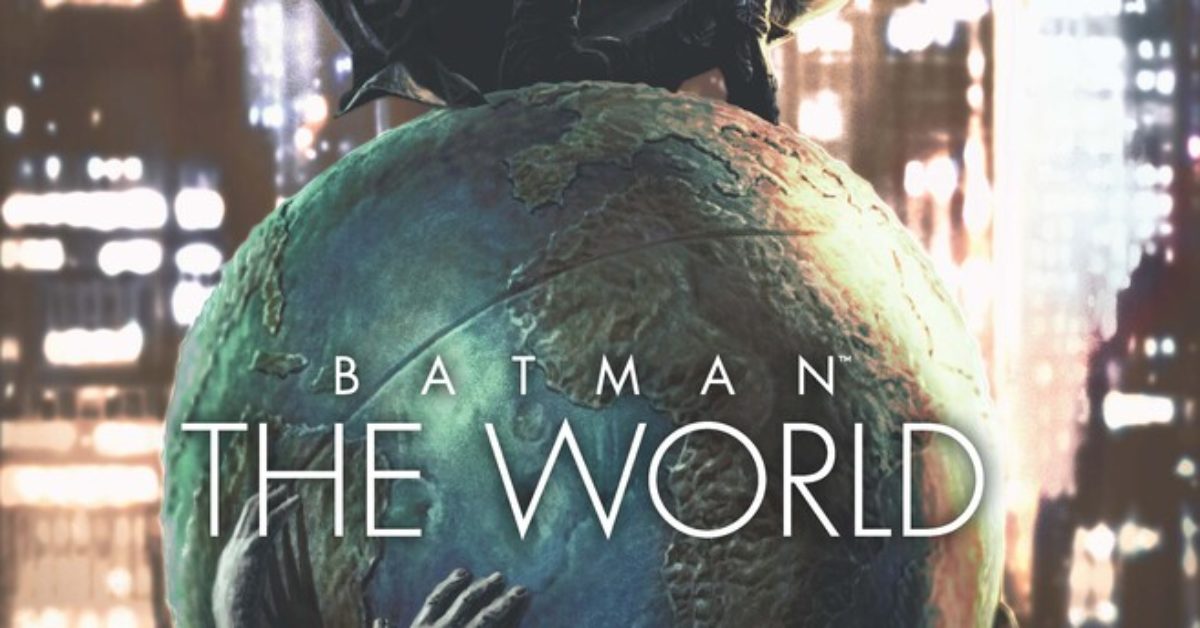 This September, DC Comics will publish Batman: The World, a 184-page hardcover anthology that will take Batman’s brand of masked vigilante justice to new locations around the globe, with the stories in the anthology told by local creative teams and the books localized for the following markets: North America, France, Spain, Italy, Germany, the Czech Republic, Russia, Poland, Turkey, Mexico, Brazil, China, Korea, and Japan. DC Announced the news today, with Jim Lee saying:

Batman has grown into a true pop culture icon, known the world over. Batman: The World is DC’s way of showing fans everywhere that Batman is more than a character; Batman is a phenomenon that transcends languages and borders.

For more on this, we spoke with Batman himself in an EX-X-XCLUSIVE interview here at Bleeding Cool. He’s supposed to be here any minute, so– AHHH! Where did you come from?!

“I’m Batman!” he told us in his signature raspy voice.

Yeah, we know. But tell us about Batman: The World. Are you looking forward to getting out of Gotham City?

“I’m always happy to travel,” said the Caped Crusader. “Making a mentally ill criminal sh*t his pants while dangling him off the edge of the Eiffel Tower will be a nice change of pace, you know? When you make mentally ill criminals sh*t their pants hanging off some random gargoyle in Gotham City, it gets old after a while.”

Yeah, and it must have been even worse during the pandemic, right?

“Well, I actually keep a COVID antidote in my utility belt,” said the Dark Knight. “Way better than the cocktails they have in the hospitals.”

God damn, Batman! You’ve had the cure for COVID all along and you’re just holding onto it? Why don’t you release that to the public?!

“It’s actually more advantageous for me if I don’t,” Batman explained. “That means people have to get vaccinated, and that means I can get my Bat-microchips into their bloodstream.”

“Did you read the title of the book?” he asked. “It’s Batman: The World. I’m a globalist.”

Holy crap, are you Bill Gates?

“Ha ha ha!” laughed the World’s Greatest Detective. “Yeah, right. Like an unassuming billionaire would dress up like a bat at night and make mentally ill criminals sh*t their pants with vigilante justice. What a joke!”

Yeah, really funny. So, which country are you most looking forward to visiting in Batman: The World?

“Gosh, that’s a tough one,” he said. “It’s hard to just choose one place, you know, to make mentally ill criminals sh*t their pants. That’s something that, I feel, shouldn’t really be confined to one place. You have to get out there, on the streets of these different cities, locate the local mentally ill criminals — which will be easy, you know, with the microchips — and then make them sh*t their pants. So we’ll see.”

Thanks for joining us, Bat– uh, where did he go?

Oh well. Look for Batman: The World in stores digitally and in print on September 14th. Here’s some more info from the press release on the stories and creative teams involved:

Kicking off the anthology is a story from the award-winning duo of writer Brian Azzarello and artist Lee Bermejo (Batman: Damned, Joker, Lex Luthor: Man of Steel, Batman/Deathblow). In the story titled “Global City,” Batman reflects on his time in Gotham, protecting his city and its inhabitants from all manner of threats. But when he looks beyond the bridges, alleys, and skyscrapers, the Dark Knight realizes that the call for justice knows no borders, as there are wrongs to be righted everywhere. Their story sets off a series of tales chronicling Batman’s past and present, stories told by some of the best-known international voices in comics:

Cover, BATMAN: THE WORLD (US). Art by Lee Bermejo.