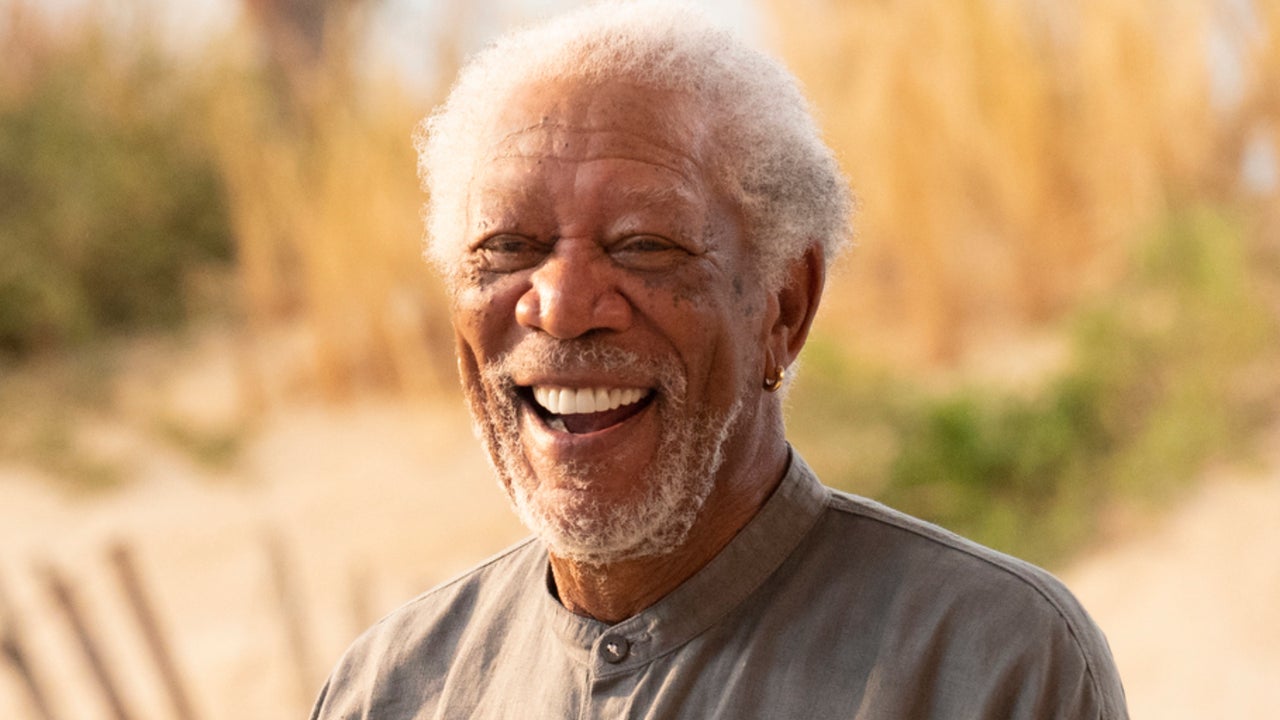 The show brings out its big thespian guns for episode 3, Sam Taylor-Johnson’s “Peg,” in which Hellen Mirren explains her lonely backstory to a spaceship’s computer, en route to the far reaches of the solar system. What is the purpose of her journey? It’s unclear, beyond a vague mention of some nondescript “experiment” that never comes to light. Like the previous entry, “Peg” features a monologue that doesn’t really need a sci-fi setting to unfold the way it does. A mere three episodes in, the show’s own concept feels perfunctory — although, only a fool would deny Mirren’s enthralling talent. Not much happens in “Peg,” but Mirren makes a meal out of it regardless, injecting innumerable layers of charm, doubt, and longing into what otherwise feels like a Google search result for “audition monologues.”In episode 4, the Uzo Aduba-led “Sasha,” is where the show’s central thematic paradox begins to emerge. Prior episodes feature brief mentions of contemporary technology, like Tik Tok, Alexa, and the advent of driverless cars, but none of these references amount to much by way of commentary on the present. “Sasha,” also directed by Weil, could not feel more rooted in the current moment — it features a woman still self-isolating twenty years on from a viral pandemic — and yet, it could not feel more confused about what it actually wants to say. As the A.I. controlling Sasha’s smart-home urges her to go outside, she runs through the rote exposition of the events that led her to this moment. “Sasha,” it turns out, is less about an actual pandemic and more of a confused screed against the omnipresent role of technology in our lives, though it can’t seem to decide on what that role actually is. Aduba, however, is a treat to watch, as she chews the scenery with reckless abandon.

While few ideas carry over from episode to episode — despite the show’s best efforts — this haphazard approach to technology as some all-consuming monolith rears its head once again, in a later episode. However, the theme that begins to feel most potent, especially once it’s made explicit by “Sasha,” is perhaps unintentional: the effects of pandemic-era isolation.

Uzo Aduba is a treat to watch, as she chews the scenery with reckless abandon.

To be clear, each episode is fully aware that its characters are isolated people, but the way isolation takes root in the show’s aesthetics is as maddening as a lengthy quarantine. In October-November of 2020, Solos was filmed when Hollywood was only just getting back on its feet, and productions still had to enforce stringent safety measures. A show featuring one actor at a time is a perfect reflection of this era, but the problem permeating Solos is that it doesn’t properly adjust to capturing one person alone with their thoughts (which is essentially the case even when they’re speaking to an A.I. or a different version of themselves). The show’s inability to get used to isolation is frustrating, and ironically, all too familiar to those of us who lived through similar frustrations over the last year.

Episode 5, the Weil-directed “Jenny,” discards any pretense of even trying to tell a visually enticing story. It simply has Constance Wu drunkenly monologue into the camera, without much by way of actual science fiction (barring an idea that feels tacked on at the last minute). Wu does an incredible job, perhaps the best of anyone in the series. She’s an absolute powerhouse, and there’s something disarming about her honesty as she narrates a story about her boring husband, her attractive neighbor, her thoughts on having children, and the ways in which she feels invisible.

However, the show’s honesty about its visual approach is a little more disconcerting. It plays like it isn’t even trying to adjust its storytelling to the constraints around it — it’s quite naked in its lack of effort too, often resembling webcam confessions more than visual explorations of thoughts, feelings, or ideas. Luckily, it has the wherewithal to cast stellar performers, without whom it would have practically nothing (at least Malcolm & Marie, an average film made under similar conditions, relied on more than just its actors to tell its story).

The close-up is one of the most powerful tools in visual storytelling, but Solos treats it as if it were the only tool.

Episode 6 is a merciful exception. “Nera,” directed by Tiffany Johnson, stars Nicole Beharie as a pregnant woman trapped in a snowstorm, whose worst fears come true when she goes into labor unexpectedly, with no one around to help. It’s a riveting and largely wordless sequence, followed by a few more twists and turns: her baby was meant to have been genetically altered and “improved,” but things don’t seem quite right. For once, the show not only unfolds in isolation, but captures the fears of isolation as well, with a frame that feels constantly off-kilter. It’s the only episode that uses its visual palette to convey any kind of mood. The only one with any relevant commentary about the present is between the specter of gene-editing and a social dimension that eventually comes to light in a moment of quiet intensity. It’s also the only episode that has anything resembling an actual ending, with something poignant to say (in this case, about the anxieties of parenthood in general, and of Black parenthood in specific). It puts the other six episodes to shame, despite being the shortest among them.Sadly, the show falls back on its worst habits in episode 7, Sam Taylor-Johnson’s “Stuart,” which feels thematically at odds with its predecessors in several ways (for one thing, it unfolds out in the open). It does, at the very least, feature a similar sense of loneliness, as Morgan Freeman’s Stuart battles dementia, while Dan Stevens’ Otto tries to restore Stuart’s memories for his own mysterious reasons. The episode also tries to tie the whole series together, but its attempt feels half-hearted. Freeman and Stevens are incredible in their roles, but the episode puts far too much on their shoulders; there’s only so much life they can breathe into a scene that feels dead on arrival. The characters sit on a bench and recall various events from their past, revealing their painful connection, but the episode chooses not to express its musings on love and loss as anything but exposition — despite this being a story about how actually experiencing emotions is central to one’s memory. As its actors describe powerful images, the episode keeps the viewer at arm’s length, mechanically cutting between dialogue rather than trying to portray those images, or evoke them in some way.

The close-up is one of the most powerful tools in visual storytelling, but Solos treats it as if it were the only tool. The result is a blinkered approach to science fiction, a genre often used to capture the breadth and scope of human possibility. Without first journeying outward, the show is unable to meaningfully delve inward, and so it amounts to little more than a series of speeches hinting at more interesting ideas, somewhere off-screen.