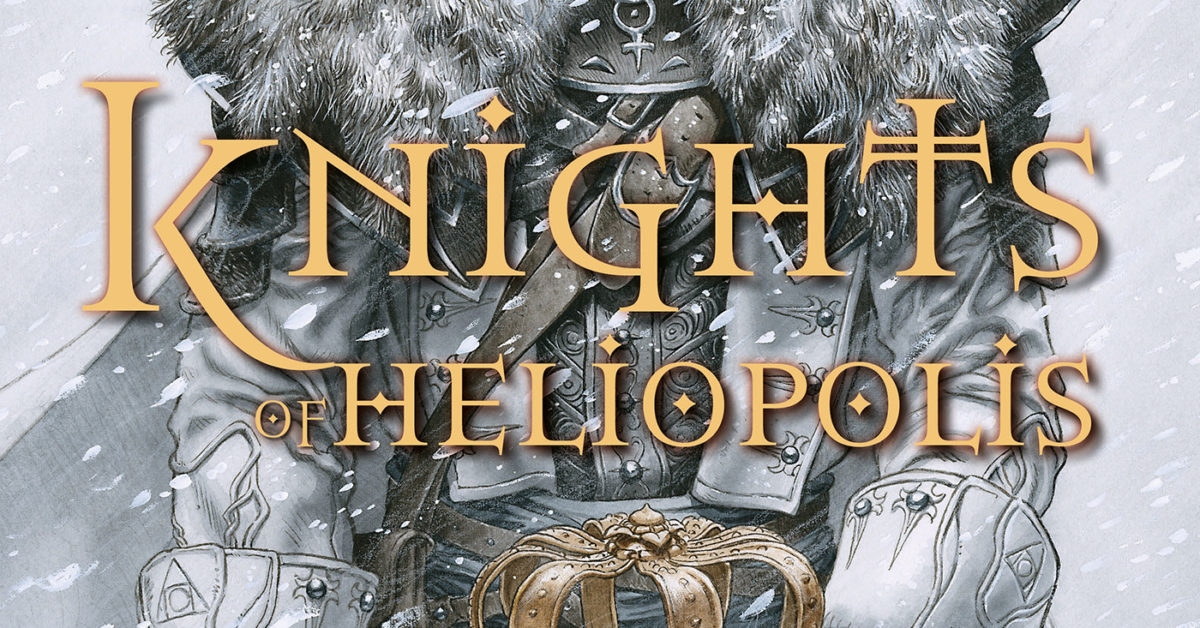 Titan Comics released The Knights of Heliopolis last month, a collection of four albums from Alejandro Jodorowsky and Jérémy.

The Knights of Heliopolis comes with a quote from Pusha T producer Kanye West on the cover, which one hopes will move copies of the book. As with most Alejandro Jodorowsky works, his psychomagic rituals are a strong element in the book with multiple instances of characters buried alive or reborn after a purposeful traumatic experience.

Technically, Jodorowsky’s story follows The Man In The Iron Mask in the same manner that a drunk with a blood alcohol level of 0.35 follows a straight line. There is a completely unnecessary twist at the end of the collection which instantly strained the reading experience. Even within Jodorowsky’s bibliography, the twist is bewildering.

The Knights of Heliopolis’ pitch is a multi-ethnic secret society of genius shamans try to blunt France’s imperial ambitions. If you wanted to, you could call The Knights of Heliopolis an anti-imperialist work, though that lens leaves little room for Jodorowsky’s inimitable eccentricities, like the martial arts gorilla and the possibly intersex character that self describes as a hermaphrodite.

Speaking of which, I don’t think that character ever expresses a preference on pronouns, but I’ll leave further commentary in that vein to trans and intersex critics. (The Knights of Heliopolis team, to the best of my knowledge, don’t ever show that character’s unclothed chest, so the authors aren’t without subtlety and intent.)

Artist Jérémy’s work is great. His panel are rich in detail, and his facial expressions are evocative. When Jodorowsky writes a comic, he’s often paired with some of the most incredible talents in the business, like Juan Giménez, Milo Manara, and Moebius. There’s no shame in saying Jérémy’s work isn’t at that level, but his pages impressed me nonetheless. A couple more comics at this quality and I can see Jérémy mentioned in the same breath as Georges Bess, François Boucq and José Ladrönn.

Jérémy is the reason to read The Knights of Heliopolis, as his work makes Jodorowsky’s increasingly bewildering storytelling choices easier to swallow. It’s difficult to recommend the comic to anyone other than Jodorowsky fans.