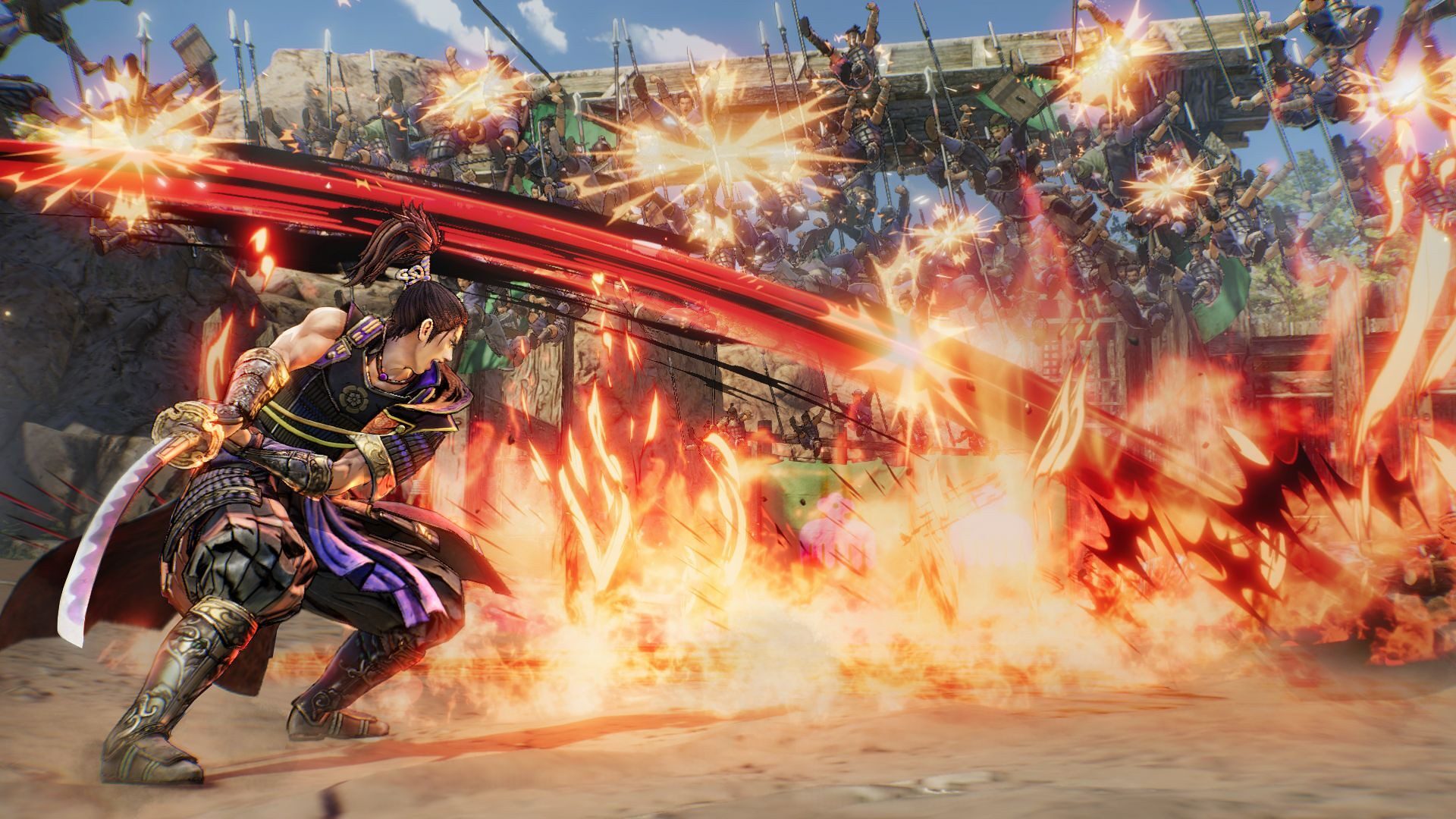 What’s it like working on a video game franchise for 18 years? “It’s amazing, but I never thought I’d be working on this series for so long,” says Koinuma. “We made the first Samurai Warriors title in response to how popular Dynasty Warriors 2 was, and we wanted to make a Japanese counterpart set in the Sengoku period, in the same way that we have the Romance Of The Three Kingdoms and Nobunaga’s Ambition series.

“Fortunately the first Samurai Warriors game was very well received and continues to be enjoyed by the fans to this day. It’s thanks to their support that we were able to continue the series for this long.”

But what does Koinuma-san have up his sleeves for the latest, and what he calls “re-imagined” Samurai Warriors 5? We caught up with the boss behind the in-game bosses to find out.

Q: After almost two decades of working on Samurai Warriors, what’s your favorite thing about working on the franchise?

A: My favorite thing is choosing which Samurai Warriors to include from the Sengoku period when we are working on creating the theme of the story, along with seeing the reactions from all of our fans when they see them in the game. In Japan, it is really fascinating to see the response not only from fans, but from regions that have a connection to those Samurai Warriors, especially museums and public transportation companies such as trains and taxis.

Q: Why did you decide to drastically overhaul the visuals for the new game?

A: The theme for Samurai Warriors 5 is to rewrite the first title, so we decided to re-imagine everything in the series. The story, characters, action system, and also the art and visual style were all aspects we wanted to re-imagine. 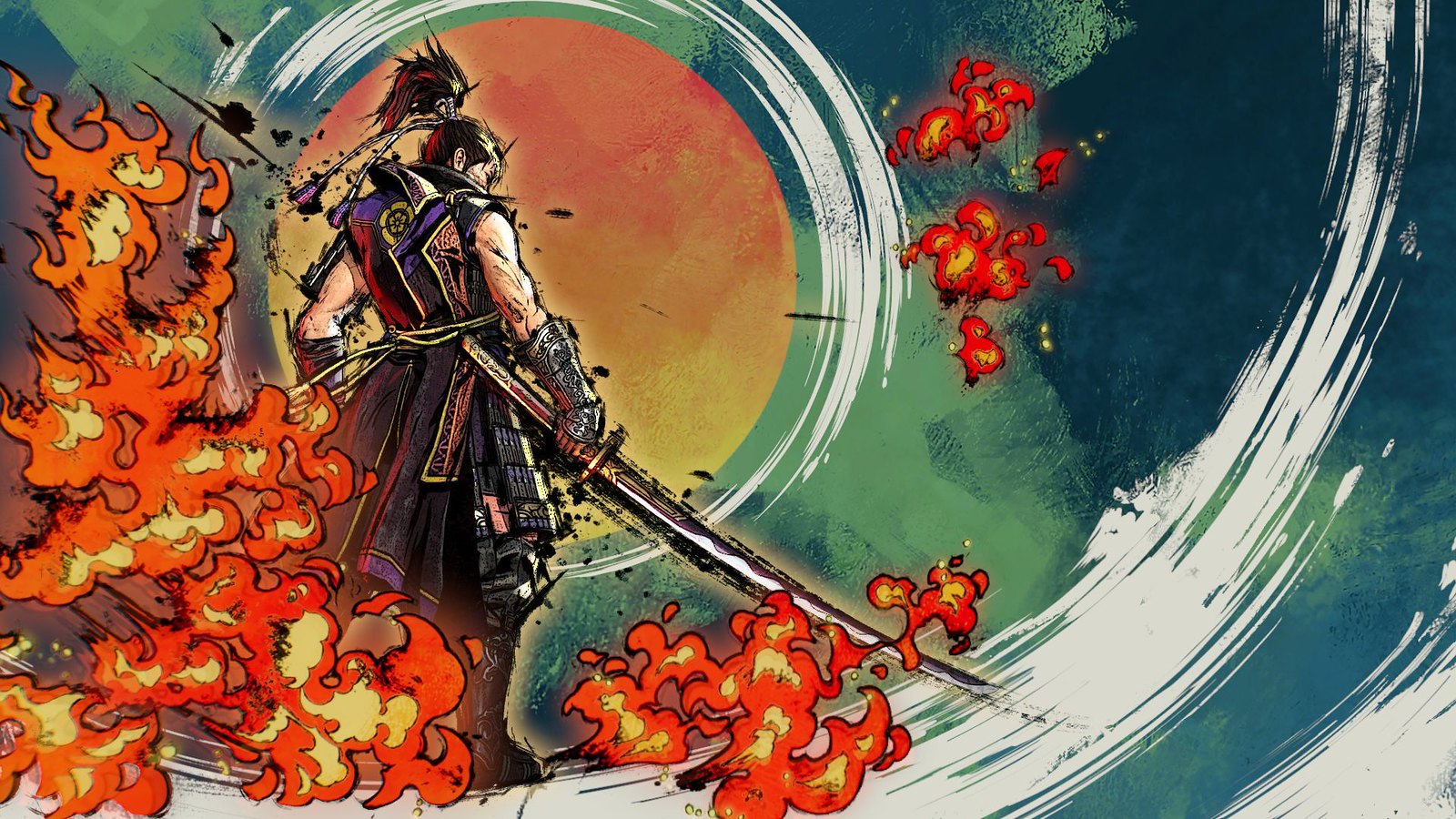 Q: How would you best describe the re-imagined look of SW5?

A: We continuously discussed what would work best as a Japanese aesthetic for the game, and after taking everything into consideration, we decided on a visual style that looked like an illustration that incorporated aspects of Japanese ink paintings. We were going for a dynamic yet detailed look for this new entry in the series, and I feel we have achieved an art style that is recognizable as being completely different from the rest of the series just with once glance.

Q: What influenced the new art style for SW5?

A: As I noted in regards to describing the new look, we had a lot of inspiration from Japanese ink paintings, one of the major styles of ink wash paintings, along with Japanese pop art which has received a lot of praise from around the world. We also took inspiration from a number of different games as well.

Q: Looking back throughout the history of the game, what are some of the biggest visual changes that have been made throughout the years leading up to SW5?

A: The first Samurai Warriors game was released on PS2, so having access to shading technology, which was becoming popularized at that time, was a big change for the visual style of the game. As a result, the photo-realistic style became more prevalent, along with more detailed cel shading technology, along with 2D art styles which have become popularized in smartphone apps. These were all really big changes in technology for us. Thanks to all of these tools and technological advances, we were able to take these styles into account when creating Samurai Warriors 5, and we decided to pursue a visual style that could only be done in this title. 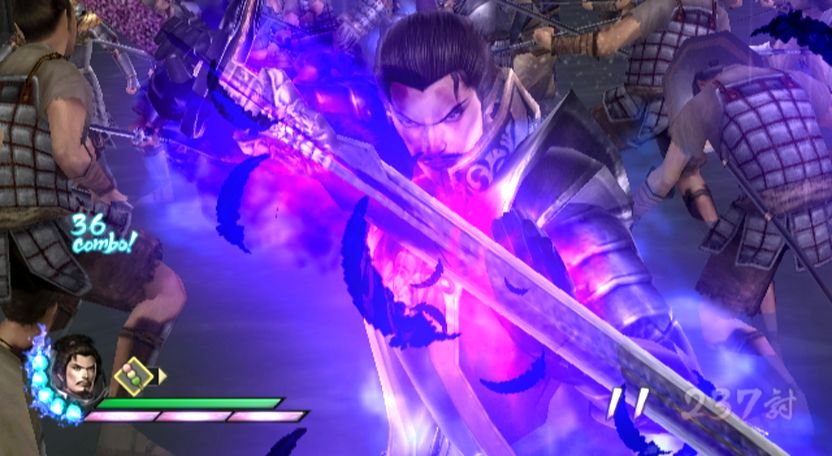 Samurai Warriors 3 was the first in the series to add the Spirit Gauge when it first hit Japan back in 2009.

A: The visual style for Samurai Warriors used the Dynasty Warriors series as a base, while attempting to develop a design that takes into account Japanese art elements such as ink painting styles. However, I can’t say we were able to achieve that given the technology available at the time. As we continued the series, the time period each title takes place in slowly moved towards the latter half of the Sengoku period, the visual style became more luxurious to reflect that specific era. In Samurai Warriors 5, we were able to look back on the Japanese art style we were going for in the first entry in the series, and I think we have been able to accomplish that this time, albeit in a different style. 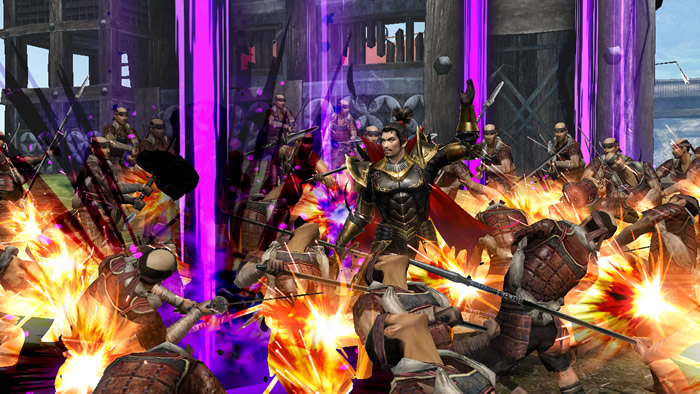 Q: A character like Nobunaga is featured in every Samurai Warriors game to date. Take us through how his character art and style has changed in each game.

A: In the original Samurai Warriors, we designed Nobunaga around his Demon King image. We designed him with western style black armor and a cape, along with adding a purple aura to his weapon, in order to give Nobunaga the image of a “last boss.”

In Samurai Warriors 2, compared to his design in the previous title, we added gold ornaments to him, along with making his appearance more striking and extravagant. To go along with that, we decorated his shoulders with black feathers to balance out the design. These black feathers also appear during his event scenes, symbolizing this particular image of Nobunaga in this title.

For Samurai Warriors 3 we changed the western black armor and cape design we had used for Nobunaga up until this entry in the series by going with a different direction. Specifically we went with a design where Nobunaga is wearing a battle surcoat over his armor. In order to make sure his silhouette wouldn’t pale in comparison to the other designs in the series, we made sure to add in various changes such as ensuring the shape of his armor was very characteristic in this installment.

In Samurai Warriors 4, we went back to his trademark western armor and cape, along with the most ornate armor in the series’ history. We put in a lot of hard work and effort into ensuring that his design didn’t lose his Demon King and “last boss” appearance in each title.

This brings us to Samurai Warriors 5. We re-imaged the Samurai Warriors series for this installment, and based the design of Nobunaga Oda off of his younger years when he was known as Owari’s Great Fool. As he is much younger in this title, we adjusted the look and coverage of his armor in this design in order to make sure he had the proper appearance fitting of a main character.

Jump into the most recent evolution of the storied action franchise when Samurai Warriors 5 slices onto PS4 July 27.