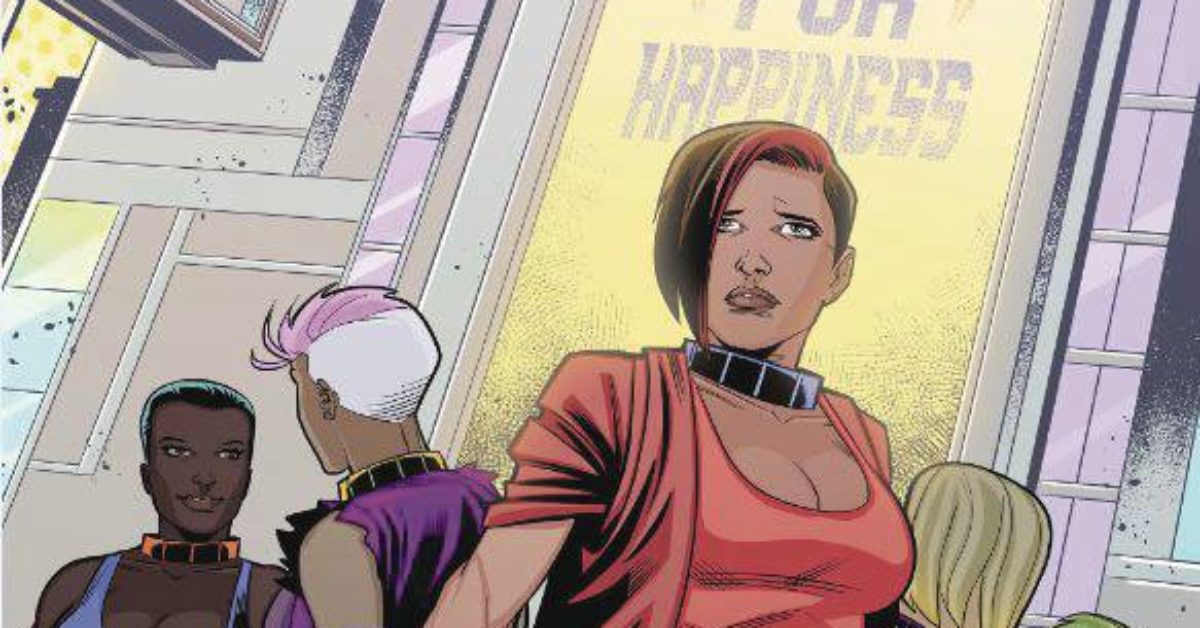 Paradise Towers is not the most loved Doctor Who story of all time. An attempt by Doctor Who to be all political and relevant, it saw mystical being, and architect of the great Paradise Towers, a luxurious 22nd-century high-rise apartment building now fallen into disrepair and chaos, take over the body of its Chief Caretaker. So that he can kill everyone in the Towers including the roaming gangs of young girls called Kangs. The bad guys were defeated and the Doctor left, hoping that a new society can be built from the remnants.

Well, it appears that we might get to see what happened next. Sean Mason and Silvano Beltramo are creating an officially licensed sequel to that story, without the Doctor looking at what happened to Paradise Towers, the Kangs, and all those involved. Published by Cutaway Comics, the first issue will be out in Octover 2021, but is getting an early solicitation alongside other comic books coming out in August.

Welcome to Paradise Towers, an award-winning architectural miracle. Built high for happiness, Paradise Towers has a place for all and a safe haven from the war. You might have heard some nasty rumours about KILLER ROBOTS, CANNIBAL RESIDENTS, and roving KANGS but we can assure you that is all in the past.

We can assure you that the GREAT ARCHITECT KROAGNON is no longer a threat. All Residents, former Caretakers, and Kangs live in harmony. Now that GENERAL FAVALAN and her soldiers have restored peace and prosperity to Paradise Towers we have never been safer. Meanwhile, state-of-the-art robot CLEANERS will remove all rubbish, safely, securely, and quickly. Paradise is perfect. Paradise is pure. Paradise promises possibility!

So what are you waiting for? Make your forever home at Paradise Towers today. It’s to die for!

Launched on Kickstarter and successfully funded, it will be published in August, though it may take until October to reach American stores.

The Conjuring: The Lover Hides Demons in its Details
GPU Shipments Soared in Q1 2021, to Nvidia’s Benefit
Cross-Play is finally coming to Overwatch
GDDR6, Other GPU VRAM Pricing Expected to Jump Next Quarter
A Little Lily Princess Review