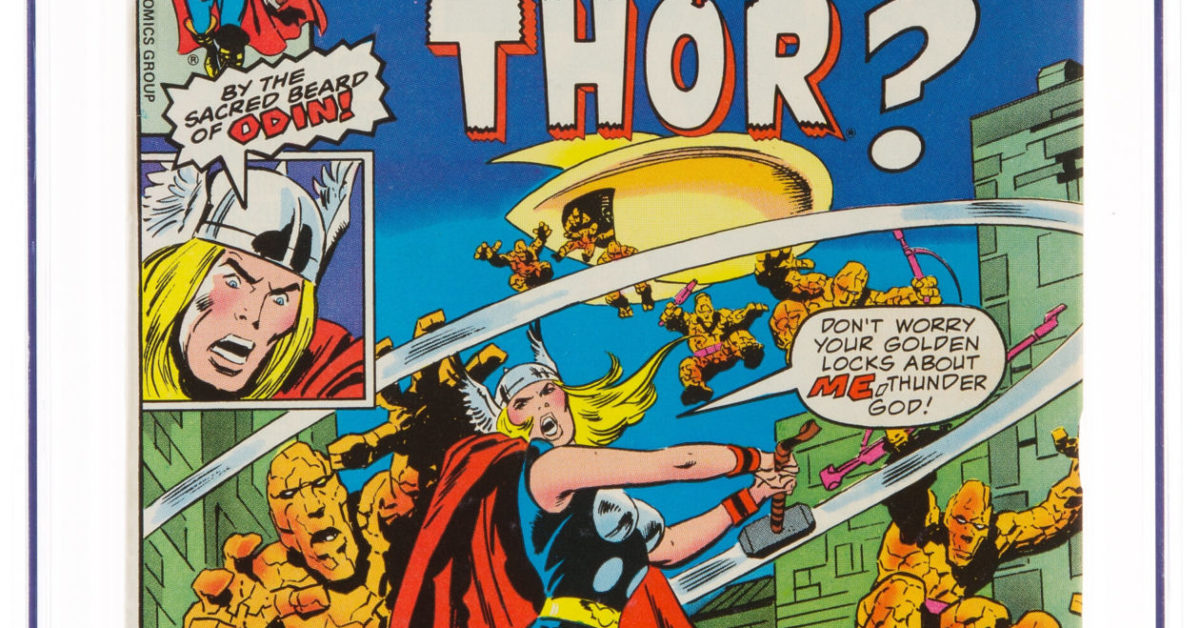 After confirming that the fourth Thor film, Thor: Love and Thunder would feature Natalie Portman becoming the titular character in some capacity, speculation began to run rampant. Many wondered what events could lead to Portman’s Jane Foster becoming the next Thor, and director Taika Waititi opened up about the chance to acknowledge the Jason Aaron/Russell Dauterman comic storyline that played a pivotal role, Natalie Portman picking up Mjolnir and transforming herself into Thor, which also put the effects of breast cancer on her body on hold – but also the effects of chemotherapy too. During a press junket for Waititi’s Jojo Rabbit, the director spoke to Variety and brought up serious life events that lead to Jane embracing the power, telling them,

“I think that’s a really powerful part of the books. I think it’s really cool that she’s fighting this thing and there’s two battles going on. Personally, I really love that storyline, but whether it ends up in the film is yet to be seen. We’re not sure if we’re going to do a complete lift of that whole storyline. These things change through the shoot and even when we’re editing sometimes, like, ‘Let’s get rid of that storyline where she’s got breast cancer. We’ll change it to something else, or maybe she’s fine.'”

However, it wasn’t the first time that Jane Foster became Thor, rather it was a 1978 issue of What If. The combination of the new What If TV series and Love And Thunder has helped lift that title in the minds of collectors, with an issue up for auction at Heritage in a 9.6 CGC slab. Which might be handy for setting the price for that back issue right now.

A look inside the University of Portsmouth’s new Esports Coaching & Performance degree
BLAST partners with Fortnite to produce FNCS All-Star Showdown
Nintendo Ambassadors Are Receiving “Extreme Excitement” Packages Ahead Of The E3 Direct
Chivalry 2 is the game of the summer
NSE extends EPIC.LAN partnership