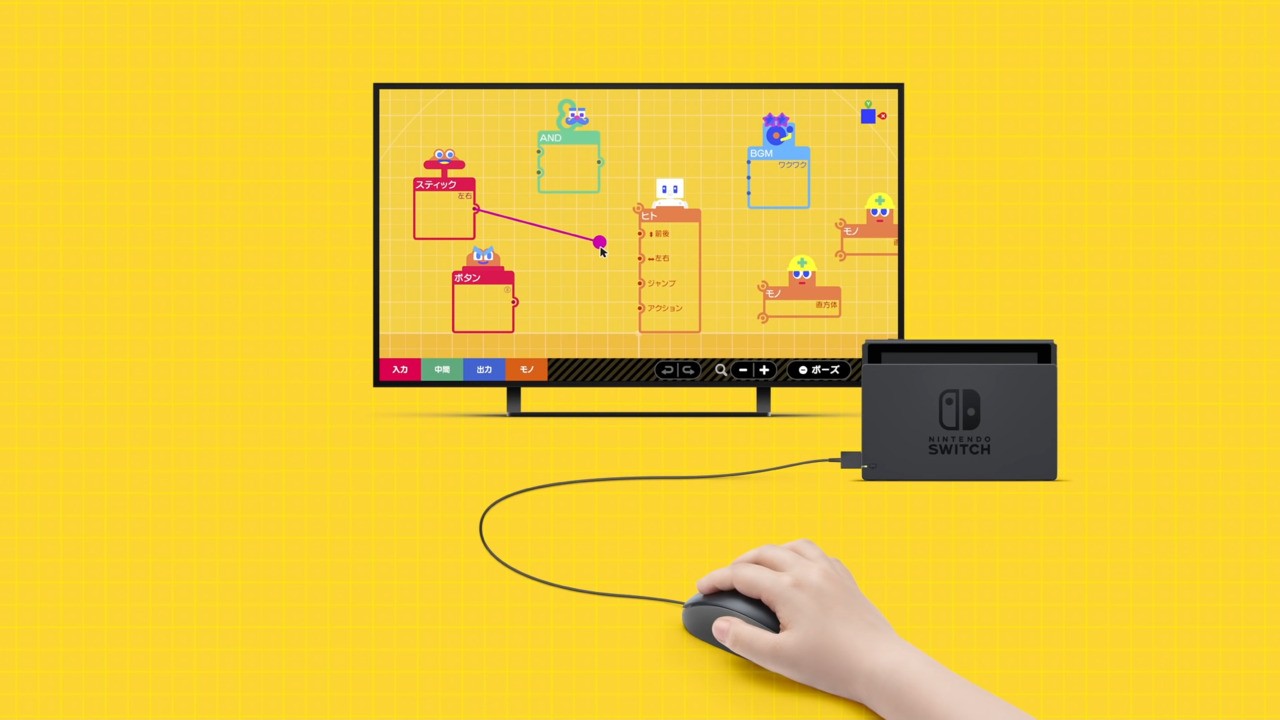 Perhaps the biggest surprise of May so far has been the reveal of Game Builder Garage for the Nintendo Switch.

It expands on a similar idea seen in Nintendo Labo – allowing users to make all sorts of games with many different tools. There’ll also be guided lessons and the ability to share your own creations online with others by exchanging codes.

In the latest update, Nintendo’s Japanese YouTube channel has released a new video, showcasing the software’s capabilities. There’s also a promotional shot of the game being played with a mouse. Yes, you can use a USB mouse for easier control.

If Nintendo uploads an English version of this video, we’ll be sure to let you know. Will you be adding this to your Switch library this June? Leave a comment down below.

Fables Returns!
Kingdom Come Developer Reveals Switch Version Was Born Out Of A “Happy Mistake”
Soniqs names ViewSonic official display partner
Out and About: More Adventures Featuring the Stars of DC Pride
Next Week on Xbox: New Games for June 14 to 18