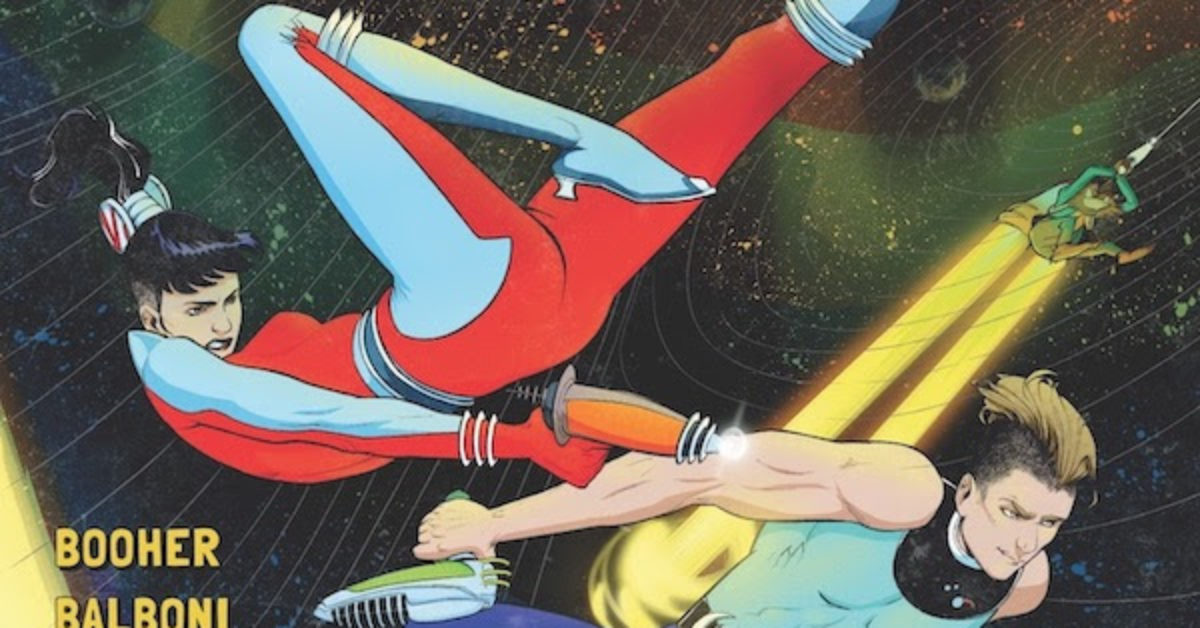 Dark Horse Comics has announced that they will be releasing the debut issue of their new original series, Killer Queens, on August 18, 2021.  The new comic by the all LGBTQ creative team, including writer David M. Booher, artist Claudia Balboni, colorist Harry Saxon, and letterer Lucas Gattoni is described by Dark Horse as “a queer take on 1950s Sci-Fi nostalgia”.

Here’s the official synopsis of Killer Queens from Dark Horse:

Meet Max and Alex, two gay reformed intergalactic assassins-for-hire on the run. Their former boss—a fluffy monkey with a jetpack—is hot on their tail to take back his stolen ship. Even reformed assassins have to eat, so they take a mission from Alex’s old flame: your standard no-kill, casualty-free kidnapping recovery from a nearby moon. Only complication? Half the moon is ruled by a fascist dictator hostile to foreigners. They’re the Killer Queens, so what could possibly go wrong?

“Killer Queens is a wide right turn from Canto, but that’s what I love about it. LGBTQ representation matters, and we’ve created a fun, funny space romp that features queer characters but isn’t your typical LGBTQ storyline. The entire creative team has put their hearts and souls into making this gorgeous series, and Dark Horse has put their full faith behind it. I couldn’t be more thrilled to have readers come along for this wild ride.”

This book sounds like a lot of fun and I’m very interested to pick it up.  And to get your copy of Killer Queens, the first issue will be hitting shops on August 18, 2021, and is available for pre-order now.

E3 2021 schedule: How and when to watch every gaming conference
Arthur Adams Longshot and Michael Jackson Original Artwork at Auction
A Final Fantasy souls-like is a great idea, but Stranger of Paradise has a tone problem
Back 4 Blood is getting an open beta in August
Avatar: Frontiers of Pandora is a Standalone Action-Adventure Experience Coming to PS5