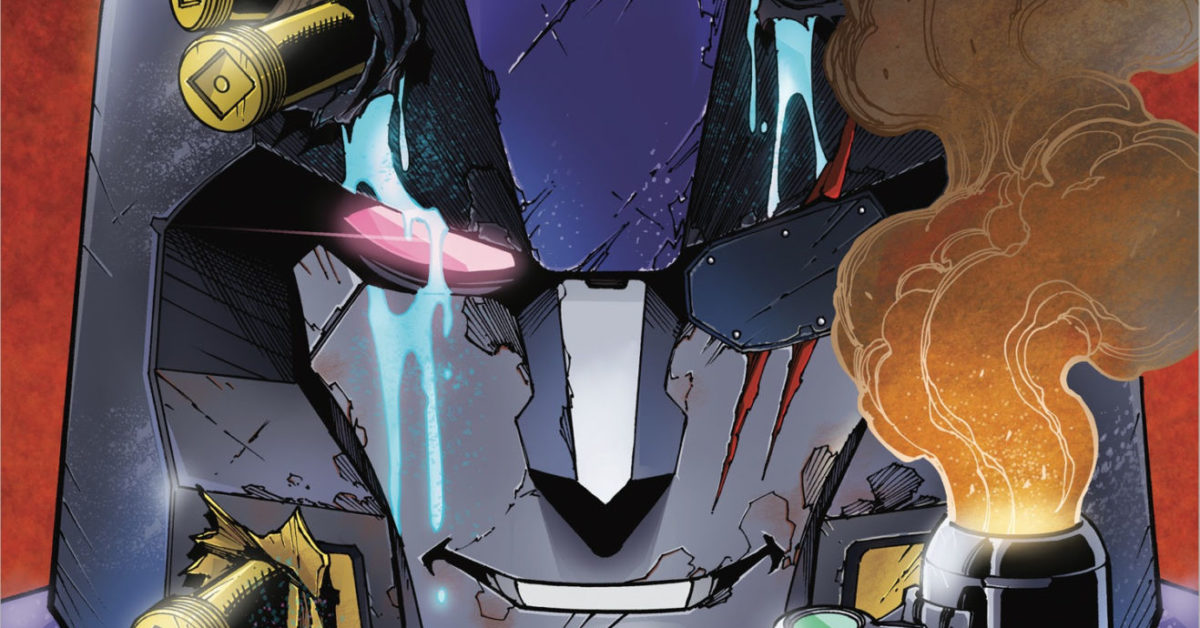 The Transformers have a long, varied fictional universe with many different continuities.  However, few of those different continuities have captured fan’s interest, like the alternative reality Shattered Glass.  Debuting in April 2008 at Botcon, the Transformers Shattered Glass universe was a simple idea: “On a world known as Cybertron, a ruthless and cruel tyrant prepares his army for an all-out attack. Their destination: a planet rich in resources, known as Earth! Only a small band of rebels stands between this evil warlord and his plans for universal conquest. If these brave soldiers are unable to stop the attack, then there will be nothing to prevent this shattered universe from falling victim to the maniacal Optimus Prime and his evil legion of… Autobots?”

This alternative universe, featuring the Heroic Decepticons lead by Megatron, and the evil Autobots lead by Optimus Prime, was fleshed out starting in Transformers Timelines Volume 2 #3 and continued for years in various other comics and short stories. Now in August of 2021, IDW will journey to a new version of the Transformers Shattered Glass universe written by Danny Lore (James Bond, King in Black: Captain America) and illustrated by fan-favorite Transformers artists Guido Guidi and Dan Khanna.

This new Shattered Glass reality features elements of the Transformers lore well known, such as a war that has raged from Cybertron to Earth, but here the war was “between Decepticon laborers-turned-freedom fighters and the power-hungry Autobot autocrats. Many kilocycles after the blue planet were devastated and the Decepticons were brought to heel, the evil Autobot bodyscrapper named Blurr hunts a new bounty… one who holds a piece of information that could reignite the war!”

Writing this new miniseries is a joy to Danny Lore in his first Transformers work for IDW. “To this day, I’m the nerd whose heart swells when they hear Optimus Prime and Starscream‘s voices,” says Lore. “As a writer, I love exploring characterization, what the core elements are that make someone who and what they are. Creating these Shattered Glass versions of childhood favorites is like building the perfect Combiner for me: what are the nuts and bolts that we can swap out while still making them recognizable?”

Adding Lore will be Guido Guidi, who started drawing Transformers for Dreamwave, and has drawn many Transformers comics for IDW, including Transformers ReGeneration One and most recently Transformers ’84: Secrets & Lies.  Guidi has even penciled the Shattered Glass universe, having drawn a Shattered Glass story in the Hasbro Transformers Collectors’ Club #60.  Guidi will be drawing issues #1, #3, and #5 and says, “It’s absolutely a blast to be part of the Shattered Glass team! The best part as an artist is to convey the new twisted personalities in familiar faces, and Danny’s script allows a lot of fun with that aspect. It’s great to discover how a classic good guy can work well as an evil character, and vice-versa!”

Illustrating issues #2 and #4 will be Dan Khana, a mainstay to Transformers illustrations, having done a lot of work on the Hasbro Transformers Collectors’ Club, freelance work on Transformers for Hasbro, and even some Shattered Glass illustrations as well. Khana comments, “It’s a thrill to be able to draw a completely fresh take on the classic cast with IDW’s all-new Shattered Glass universe and timeline! It’s a lot of fun to realize an evil Optimus Prime and noble version of Megatron.”

Along with B variant covers from Dan Khana, two other Transformers mainstay artists will be adding covers. Transformers: Shattered Glass #1 Cover A will be by Alex Milne, fresh off Transformers vs. The Terminator. Also, the Retailer Incentive Edition will be by Sara Pitre-Durocher, a former artist on Transformers: Till All Are One.

Transformers: Shattered Glass #1 will be available in August 2021 from IDW.