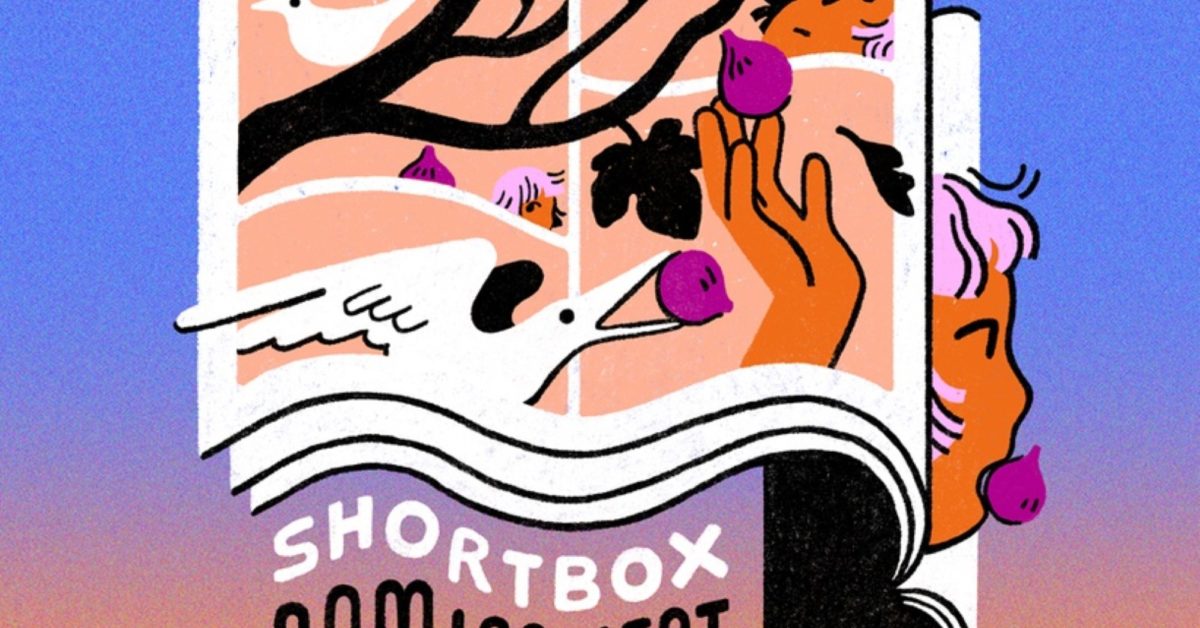 Zainab Akhtar is, amongst many things, the creator of ShortBox, the collated small press comic book publisher. Talking about the contents of the next ShortBox collection, the thirteenth such, due this autumn, Akhtar stated that it would be the last, writing;

When I made a decision to try and publish longer length comics outside of the box in 2019, the idea was to release one box a year with the 5 shorter books (although they’ve run from 60-100 pages a few times!) and the new longer books alongside, dotted throughout. However, a lot has changed in the past 2 years, and so ShortBox #13 will be our final ShortBox.

The two main reasons for this are insane, ever-increasing international shipping prices, and the rising costs of Brexit. For example, the majority of our readers are based in North America. Shipping for 1 box to North America (not including any labour, packaging, materials or payment processing fees) is £22. The most I’ve previously charged for this has been £14. The cost of a ShortBox has been £35 since we began and stayed that price over the last 5 years. I’ve always printed our books, packaging, stickers, prints- whatever was needed- here in the UK to support local small businesses similar to mine, and to maintain quality control and quick turnarounds. Unfortunately, all these costs have gone up significantly, especially recently with Brexit to a point where it’s no longer feasible to keep the box price at £35.

Even if the box price were raised to £38, for the vast majority of our readers, the shipping would be £22, bringing the total to £60 for a box. Although when broken down this still works out cheaper than if you were to buy the 5 comics individually and have them shipped, I don’t think that that is how people process it- they both just look like big lumps of money!

My instinct is that with the rising costs, people would prefer to choose individual books they want. So, sadly, I don’t think the box model is viable for us any longer. I’ll be kickstarting ShortBox #13, our last box, later this year, and from 2022 forwards, we’ll simply be publishing short and long comics in the more traditional way.

So ShortBox will continue as a publisher, just not in the way they have been known for. And if someone can find a postage solution maybe there are other options for some. And Akhtar did remind folk that there will be a ShortBox Comics Fest later this year as well, with this poster image from Jean Wei.

Survive the glitch with Paradox Error on Xbox, PlayStation and Switch
Mass Effect Legendary Edition Update Fixes Trophies and Pre-Rendered Cutscenes
Celebrating the evolution of Ratchet & Clank on PlayStation
Chivalry 2 is the game of the summer
Minecraft glow squid – how to make glowing signs with ink sacs