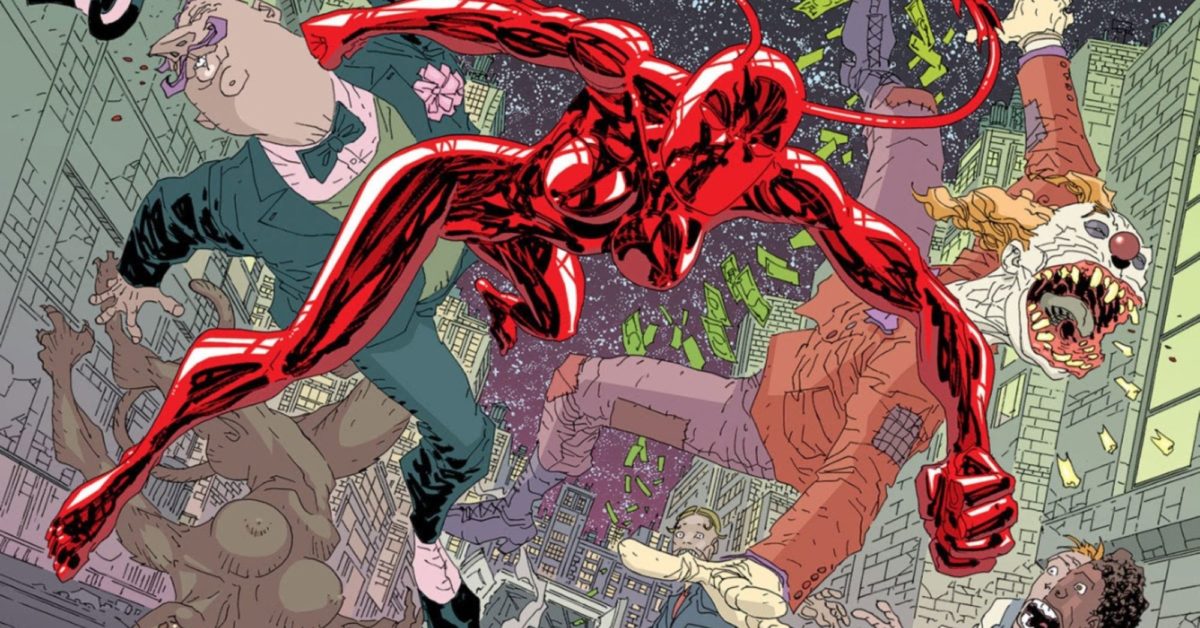 Bleeding Cool has covered the journey between Mario Gully, Erik Larsen and the comic Ant over the decades considerably. Ant was a comic book created by Mario Gully, that he created when he was sentenced for robbery. First published by Arcana Studios, it and later moved to Image Comics, then again to Big City Comics, before jumping to Marvel to work on Marvel Illustrated, Exiles and more. In 2012, he was sentenced for robbery again, He sold his rights in the Ant comic book to Image Comics co-founder Erik Larsen. Larsen hired Mario Gully to work on the series he then published, but then he quit/was fired from it. Gully then launched a comic book very reminiscent of Ant called Bugg before unsuccessfully Kickstarting a comic, Dirty Bones.

In July, after a fourteen-year gap, Erik Larsen is publishing a 12th issue of Ant, and in August will be relaunching a brand new ongoing Ant series. The series will launch with Ant #1 and share a new origin story and expand upon her place and identity into the growing Image Universe.

“I’ve been invested in Ant ever since Mario Gully initially pitched the book at Image back when I was the publisher. Mario and I threw a lot of ideas back and forth about how to make the character work at Image and the more I thought about the possibilities—the more I liked the character. I even plotted and laid out a final Ant chapter for Mario’s run on the book, which I ended up completing myself as the finale to her initial series,” said Larsen.

When Gully decided to sell his character, he approached Larsen to purchase her. “Buying characters from other people is not something I typically do. In fact, it’s not something I do at all. But Ant intrigued me. I’d put so much thought into the character and her series that I couldn’t help myself. Mario named his price and I paid it.”

Larsen reintroduced Ant when he was writing and drawing Spawn with Todd McFarlane. Ant was part of a four-part crossover with Larsen’s book Savage Dragon. “I thought Ant was a natural fit in the Spawn/Savage Dragon Universe,” continued Larsen. “And now that I’ve moved on from Spawn, I can at last devote my full attention to Ant’s adventures.”

“Not since the debut of Savage Dragon have I started a series with more preparation and more plans. This one has been percolating in the back of my brain for more than a decade,” asserted Larsen. “Mario’s book was all over the place. there were five writers over 11 issues, all pushing and pulling in different directions, there were numerous flashbacks and glimpses into her past and it never quite gelled in any coherent way. This new book is essentially a clean slate. It’s far more linear and straightforward. I tell her origin in the first issue and we follow her adventures from that point on. It touches on events from her original series and makes sense of it all. It’s the book I had hoped the Ant book would be. It’s a chance to realize her potential at long last.”

Ant #1 will be available at comic book shops on Wednesday, August 25th. Larsen will draw four covers, each available in a Retro Dress style as well.