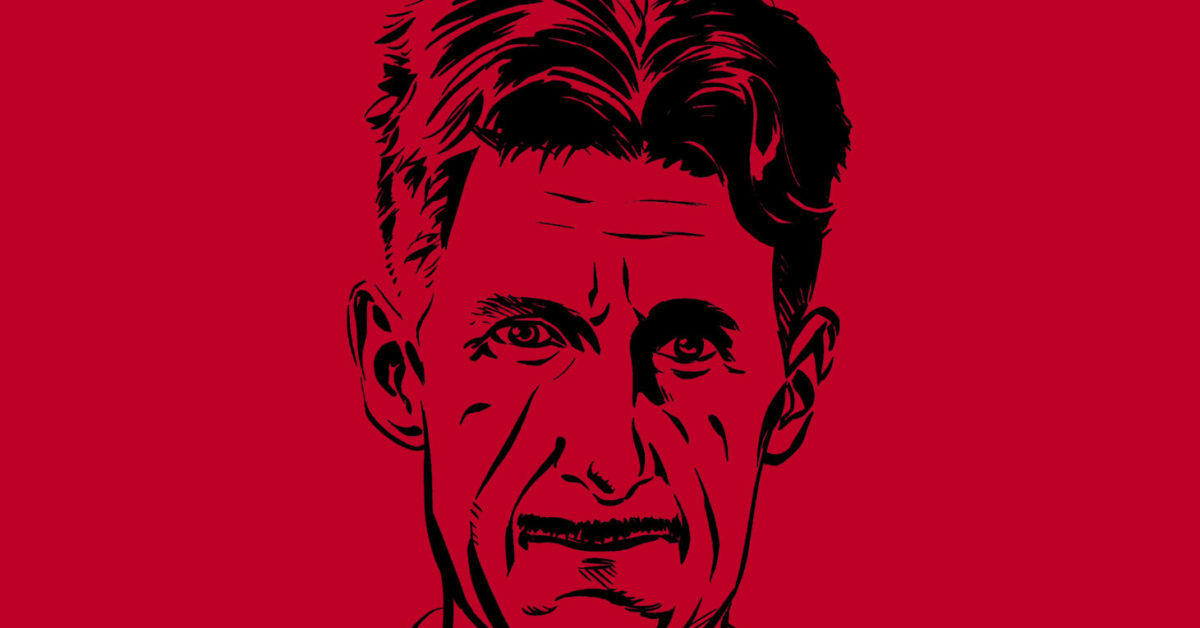 George Orwell was an interesting chap who led an interesting life before he wrote interesting books that became massively influential in culture and politics. Now SelfMadeHero are publishing the English edition of a European graphic novel biography of the man written by veteran comics writer Pierre Christin, writer of the classic Valerian and Laureline series, and frequent collaborator of Enki Bilal on top of screenplays and other graphic novels too numerous to name. Self-taught and brilliant artist Sébastien Verdier provides the art.

As the official book synopsis goes:

“Big Brother… Room 101… Newspeak…” Even before his statue was unveiled outside the BBC in 2017, George Orwell was probably one of the most influential writers in the world, his most celebrated works – Animal Farm and 1984 – offering disturbingly relevant political parables over 70 years after they were first published.

But Orwell’s life was every bit as troubled, fascinating, and prescient as his books. Pierre Christin, the prolific French writer of screenplays, comics, and science- fiction novels, here offers us an intimate yet definitive portrait of one of the greatest political writers of the English-speaking world, in close collaboration with the acclaimed artist Sébastien Verdier, whose detailed graphic style matches the stark brilliance of Orwell’s own uniquely dark vision.

Orwell studied at Eton, joined the police in Burma, fought against Franco’s Fascists in the Spanish Civil War, as fiercely opposed Stalinism, and famously lived “down and out” in London’s slums while building a career as a journalist and broadcaster – at the BBC.

A man of many parts, Orwell’s intriguing and baffling diversity is here enhanced by additional contributions from a further team of specially commissioned artists, including Juanjo Guarnido (Blacksad series), Enki Bilal, Manu Larcenet, Blutch, and André Juillard. Pierre Christin’s graphic biography is a lucid and compelling account of the life and times of an iconic literary prophet.

“Christin, Verdier, et al. have pulled off a rare feat. They have taken one of the most straightforward writers in the English language and made his canon and life story more accessible.” – The Orwell Society