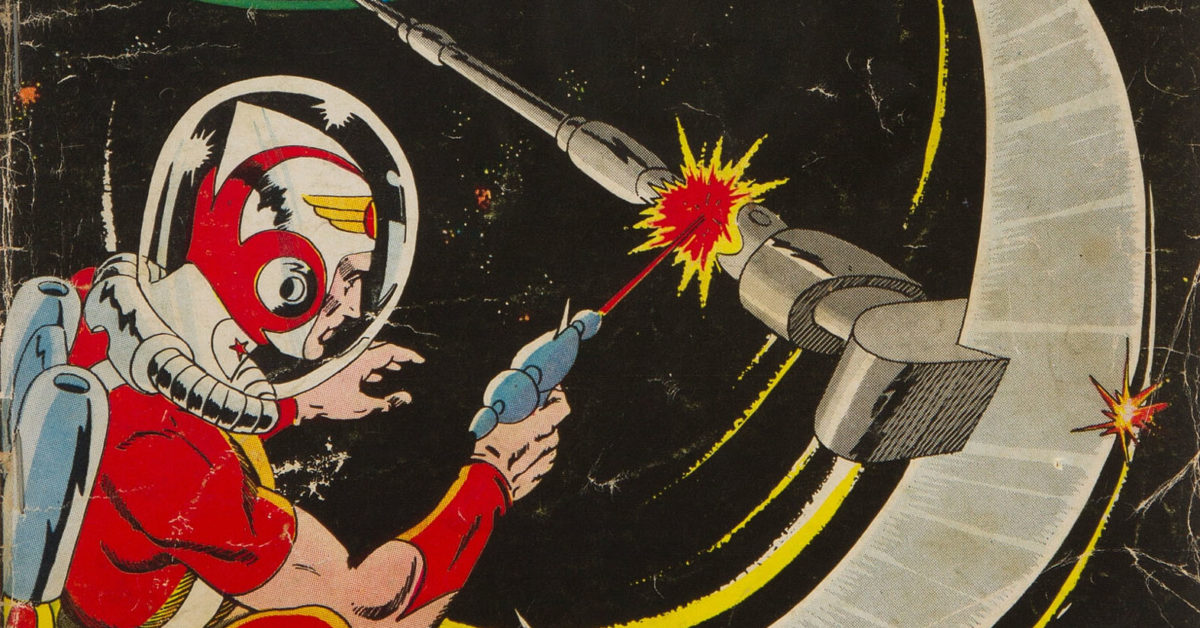 The Marvel Universe of the Silver Age became known for the more realistic characterization in comparison to the comics that had come before. By contrast, the DC Comics of the period often made an under-discussed effort to educate.  The origin and debut of Adam Strange in Showcase #17 is a fascinating example of this phenomenon and an interesting artifact of its times. There’s a copy of Adam Strange’s first appearance and origin in Showcase #17 CGC 1.0 up for auction in today’s session of the 2021 May 9-10 Sunday & Monday Comics, Animation & Art Weekly Online Auction #122119 from Heritage Auctions.

The 1957-1960 period during which Showcase #17 (1958) was created and released saw the space race between the United States and the Soviet Union propelled into overdrive. In late 1957 the Soviets successfully launched Sputnik 1 and Sputnik 2 (which put the first dog in orbit), while the US followed quickly with Explorer 1 and Vanguard 1 shortly before the release of Showcase #17. These events and others to come had a massive impact on pop culture. We recently discussed how Batman #266, published a few months after Showcase #17, had a cover and story centered around a Vanguard 2 satellite. This was clearly a time to consider “Adventures on Other Worlds” as Showcase #17 is subtitled.

Similarly, we also recently discussed how Flash #110‘s Weather Wizard debut tale, published in 1959, was supported by weather-related science fact shorts in that issue.  Showcase #17 contains four science fact shorts about space, including one about Alpha Centauri that is referred to by a caption blurb when the Adam Strange story refers to that star system.

Adam Strange’s first appearance was written by Gardner Fox, with Mike Sekowsky and Bernard Sachs on art, and a cover by Gil Kane. The CGC Census currently has  293 listings for Showcase #17 ranging from CGC 0.5 to 9.0. There’s a copy of Adam Strange’s first appearance and origin in Showcase #17 CGC 1.0 up for auction in today’s session of the 2021 May 9-10 Sunday & Monday Comics, Animation & Art Weekly Online Auction #122119 from Heritage Auctions.