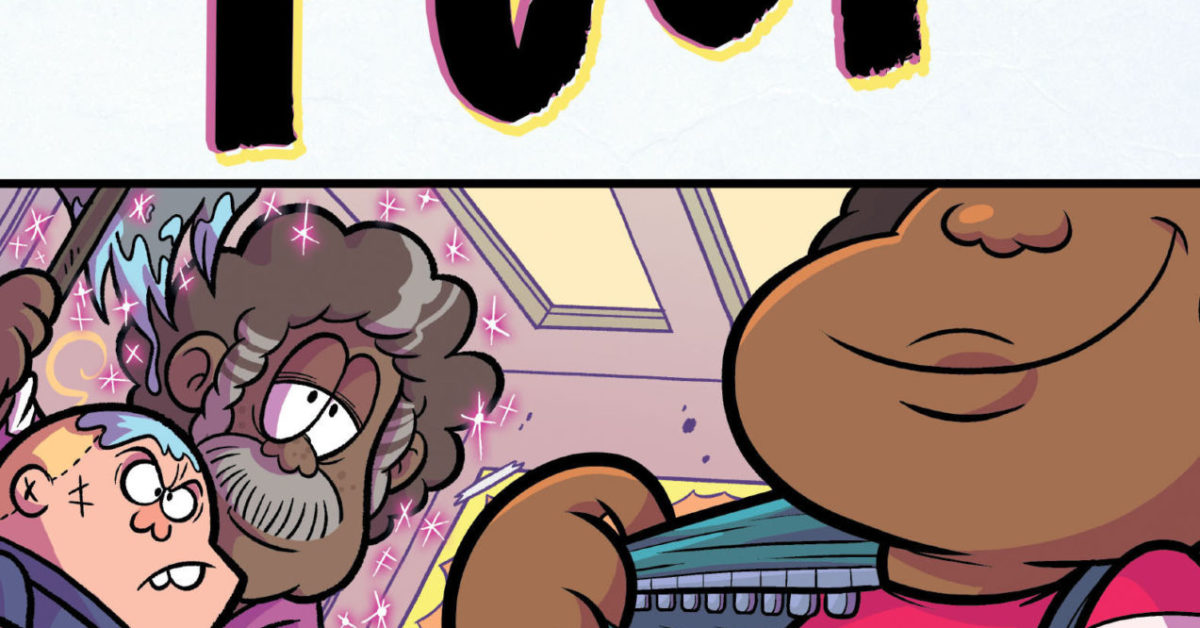 With a title like this, you can’t really go wrong. Kids are all about the poop and the farting, and the hilarity that can ensue. Let’s see how many times we can type HELLO MY NAME IS POOP! Because HELLO MY NAME IS POOP! Kids! School! Bullies! Slapstick comedy! Pratfalls! Wizards! – Wait, wizards? Oh, sure, why not? What’s a comedy graphic novel for kids with “poop” in the title without a wizard to go along with everything?

Wizards in kids’ stories are like adding extra sugar and chocolate to the story recipe. Wizards always make things better, like ninja, vampire, and zombies. Just ask anyone. Every story is livened up by adding either wizards, vampires, ninjas, or zombies. It’s always about that extra spice to make things tastier. Don’t believe us? Give it a try! A wizard and poop? That’s just twice the spice for the kids!

Will Poupé becomes the new target of bullies at his middle school. All-day long, they call him Poop. However, when Icky the Janitor reveals himself to be a wizard in disguise, Will learns that there is a pantheon of Names of Power—if you are given one of these names, you gain certain abilities. Poop is one of those names. He now has powers that he could use to get back at the bullies! But power—even poop power—is exactly what can turn someone into a bully. With some help from his friends, Will must find a way to use his fantastic farting magic for good. It will be released in October 2021.

Comic-Con Has Revealed the 2021 Eisner Award Nominees
Minecraft’s Caves & Cliffs Part One Update Has Been Released
This Week on Xbox: June 11, 2021
Peepaw’s Farm brings bite-sized farming and super quick Gamerscore grabbing to Xbox and Win10
Chivalry 2 is the game of the summer