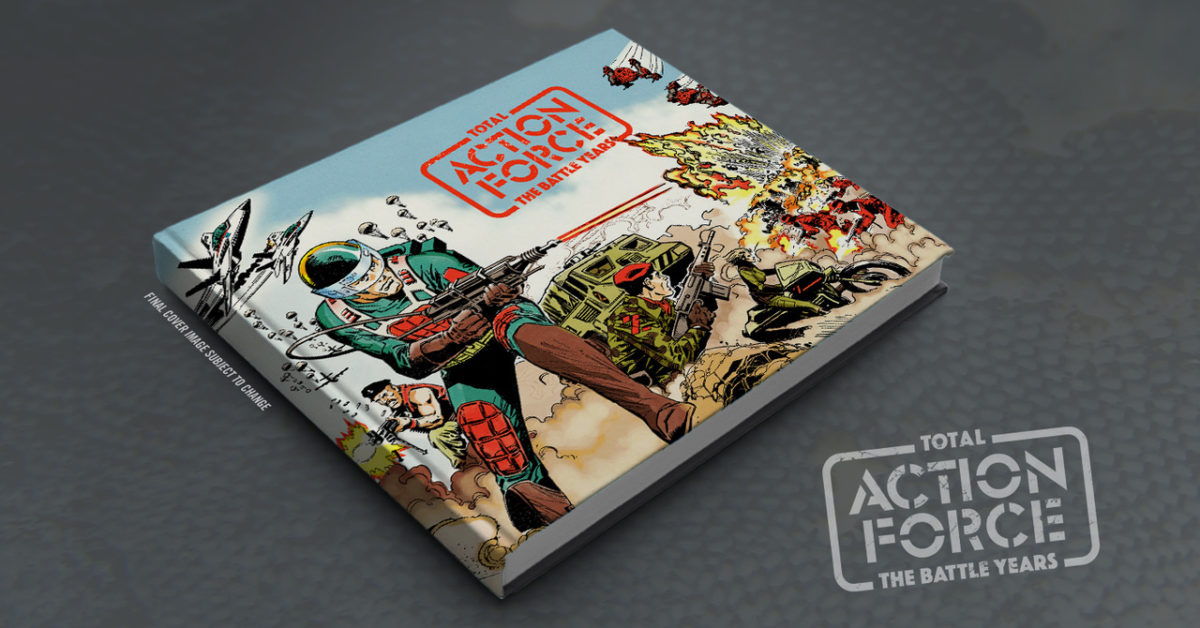 Patrick Lennon writes for Bleeding Cool about Action Force. You know Action Force. The British GI Joe. And, as a result, much better. And he is crowdfunding his obsession.

Hi, I’m Paddy, and I’m a toy collector. I started in the usual way: flush with cash from my first job and with a resurgence of Transformers due to the 1980s nostalgia boom that hit in a big way in the early 2000s I started picking up G1 Transformer reissues, and then-current product, and then attending toy conventions and getting involved online. It’s a death spiral that many are familiar with; trying to recapture that feeling you had aged five when the battles on your carpet or amongst the hedges in the garden were the most important things going on: heroic Autobots versus evil Decepticons, He-Man against Skeletor or G.I. Joe preserving freedom against the machinations of Cobra.

One titanic battle gets passed over when it comes to talking of the greatest toy lines of the 1980s. I, of course, refer to that of Action Force combating Baron Ironblood and his Red Shadows.

This line is particularly important as it represents a European exclusive take on the military-themed toy line. Although many Hasbro G.I. Joe figures and vehicles were repurposed as part of it, it remains a decidedly more genre (science fiction and even horror) influenced range than the American toyline, which is now a global brand.

Initially, Action Force started life in 1982 as 3 and ¾ inch figures based on existing successful Action Man product created by Leicester adjacent toy company Palitoy. These figures, which were similar in construction to the hugely popular Star Wars figures also produced by Palitoy, were an immediate hit.

In 1983, the line-up was expanded. Various Action Force teams were introduced: Z Force Infantry, SAS Special Operations, Q Force Aquatic Operations, and Space Force, a futuristic orbital defense team. An enemy team, referred to officially as ‘The Enemy’ under the leadership of the Machiavellian Baron Ironblood, acted as Action Force’s foes.
To promote this new series of toys, IPC magazines released a series of mini-comics released as part of their ‘Battle’ title. Before long, the desire on behalf of readers to see more adventures of the Action Force teams led to the title being renamed ‘Battle Action Force’ and the toy line becoming inextricably linked to the continued success of the comic.

In keeping with the tradition of British war and adventure comics, which never shied away from including brutal combat when necessary, the body count in ‘Battle Action Force’ is high. The G.I. Joes rarely lost team members in its early days, and Cobra troops were knocked out or wounded, whereas Action Force had squads wiped out regularly and weren’t above cutting the occasional Red Shadow throat to get the job done.

A murderer’s row of British and European comics talent worked on the title, putting in the effort that surpassed that on many licensed titles even to this day. Names like Gerry Finlay Day, the Vanyo Brothers, and Cam Kennedy all contributed to Battle Action Force.

In order to recognize the talent involved in creating the comics and toys, graphic designer and toy photographer Brian Hickey, comics Historian David McDonald, and I are currently seeking funding to produce a high-end coffee table book showcasing artwork from the comics, intricate toy photos of the toys, dioramas of the figures in action and as complete a history as possible of both the comic and toys. Using interviews of those who created the characters and figures, we want to celebrate the hard work of those, many of whom were unsung at the time, and remember Action Force as it approaches its fortieth anniversary in 2022.

The campaign has been launched with the agreement of both Hasbro and Rebellion Publishing, who’ve generously agreed to allow us to use a substantial amount of Battle Action Force artwork throughout the book.

Throughout this article, we’ve included many images from the book, including some exclusive sneak peeks for Bleeding Cool readers. If you like what you see and agree with us that this exciting era in British comics and toys needs a spotlight shining upon it, please consider supporting the Kickstarter.