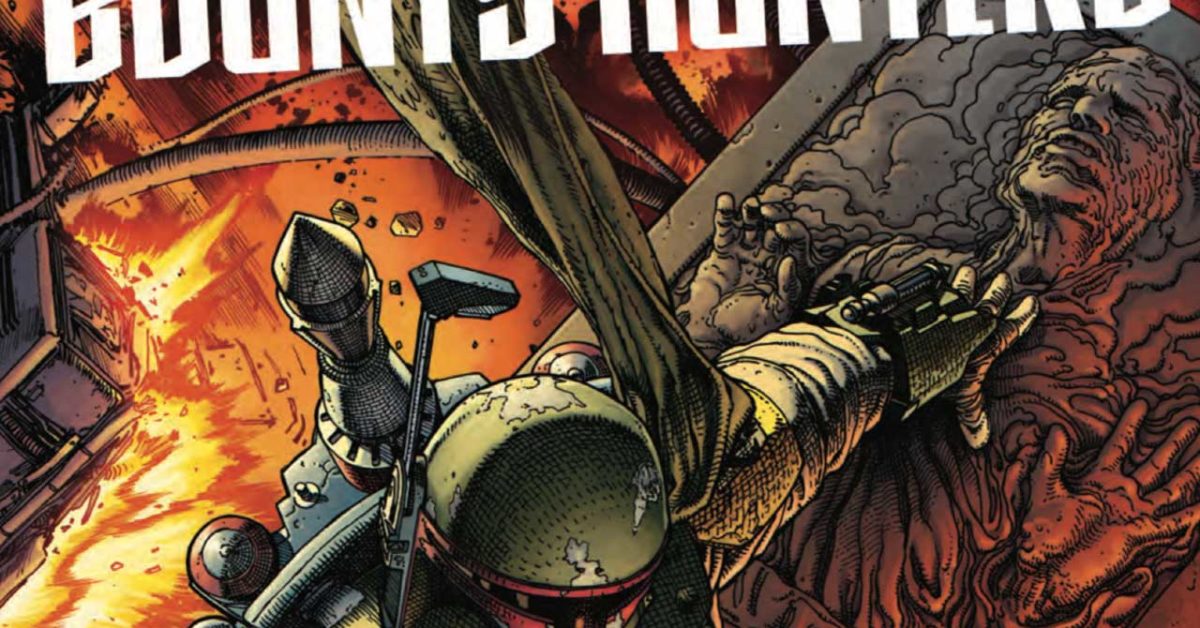 One of the most entertaining things we have seen about Mandalorians is that they’ve become the central theme of a new Star Wars meta-story from the Mouse House of Ideas. This story, set in-between The Empire Strikes Back and Return of the Jedi, talks about how many challenges can come up between Bespin and Tattooine.

After flying away from ineffective blaster fire from Solo’s Rebel friends, Boba Fett ran into a mild technical issue that required a stop on the Smuggler’s Moon. From there, a situation familiar to fans of The Mandalorian pops up: Fett needs something, and to get it, he just has to help out with one little thing. That whole situation escalates (as it should) and leads to Fett needing to face off with bigger consequences.

Charles Soule’s script wonderfully captures the taciturn humor of Boba Fett and the rough-hewn edges of the galaxy’s worst corners. The artwork of Steve McNiven, Laura Martin, and Travis Lanham is gorgeous, adding flair and flavor to the worlds of this franchise.

To say too much about the details of this charming story would spoil it, but this issue is a complete story in and of itself while setting a table of delicious narrative ideas for the upcoming story. It’s a fun trip to the edge of the galaxy that won’t cost as much as parking at a Disney theme park. RATING: BUY.

Star Wars: War Of The Bounty Hunters Alpha #1
By Charles Soule, Steve McNiven
THE STAR WARS COMIC EVENT YOU’VE BEEN WAITING FOR! The notorious bounty hunter BOBA FETT has finally landed his greatest prize – HAN SOLO, frozen in carbonite for easy transport. Fett will bring the smuggler to TATOOINE to collect the massive bounty placed on Solo’s head by the fearsome crime lord JABBA THE HUTT. Sounds easy. What could go wrong?