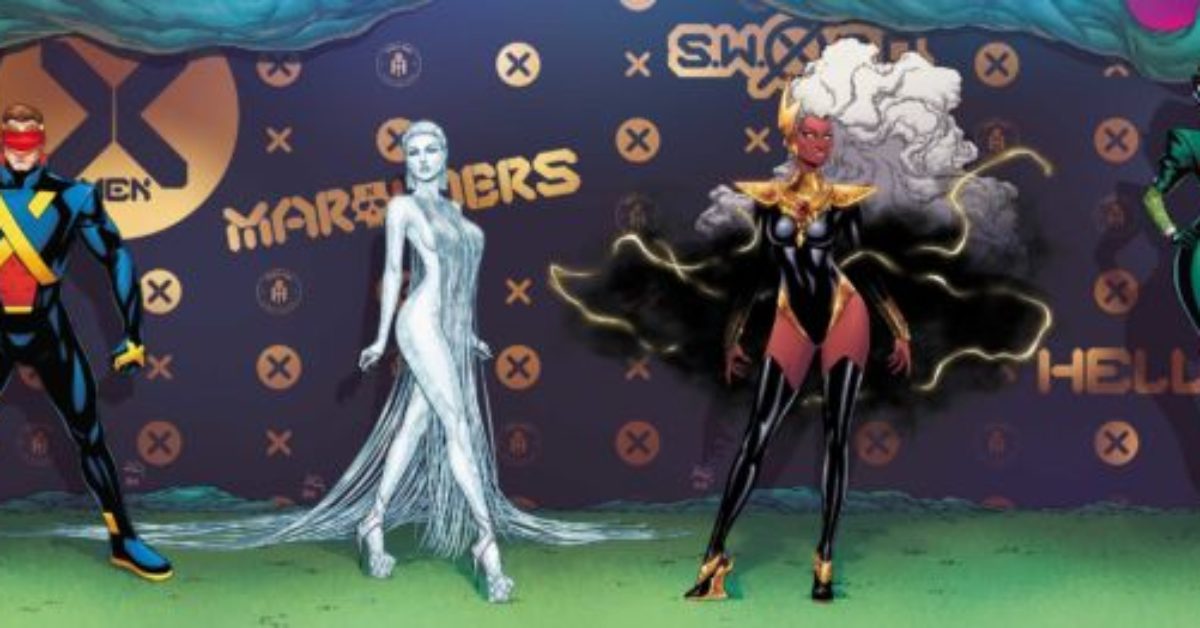 In a press release, Dauterman said:

X-Men costumes are one of my favorite things. As a teenager that’s what I would draw the most—doodles of an X-character in all their looks. So, I’m absolutely thrilled—designing costumes for the mutants is top-of-the-list, dream job stuff. The Hellfire Gala is unique and exciting for the X-Men, and this opportunity is really special for me—I tried to have that come across in the character designs. As Emma Frost said, “The whole world is watching us now. We must be nothing less than fabulous.”

Check out the Hellfire Gala variants by Russell Dauterman below:

And here’s the entire set assembled in one gigantic image (click on it to view it expanded).