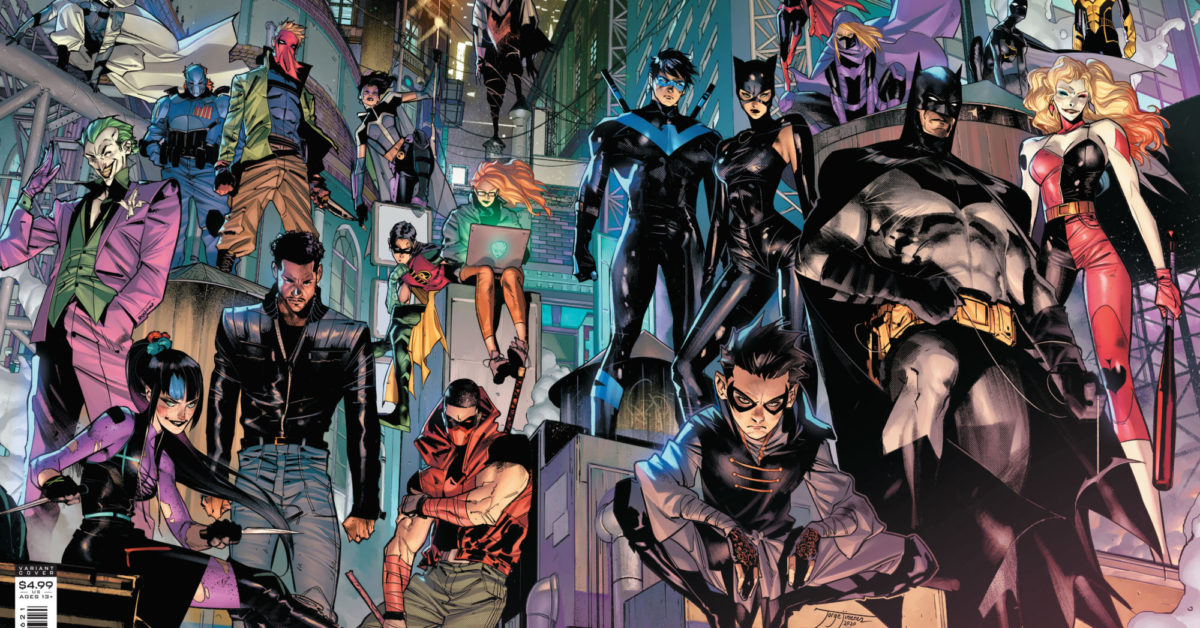 Poison Ivy. Cassandra Cain, Stephanie Brown. Just three of the many Batman characters who I get the most comments over. Damian Wayne and Tim Drake are close behind. They all have strong fanbases – often at war with the other in the belief that their character deserves more panel time than the others. Well, it appears that James Tynion IV may have your back.

In his Empire Of The Tiny Onion newsletter, he teases “this month, you’re going to find out what a lot of the line has been building to since A-Day in Infinite Frontier #0… the story is going to evolve into something bigger, as our story’s climax coincides with a bunch of the other Bat-Books”

And that “the other week we had another writers meeting about all of the cool stuff coming up in Gotham City, making sure all of the books continue to connect and play off of each other. I love these meetings… “

He has previously compared these plans to what Jonathan Hickman achieved on the X-Men-relate titles, all part of the Krakoa narrative. And he recognises the fans – and what the fans want.

“For the last decade of working in Gotham City, there were so many times where people would ask about their favorite Bat-Family member and not be able to explain the weird internal politics that were acting as a barrier to seeing those characters get the spotlight they deserve… But right now? There’s a plan for ALL of them. Gotham City is a whole superhero universe in and of itself, and we’re all working together to build this exciting tapestry of superhero awesome that brings each of them forward and lets them shine. Your favorite characters are in good hands, and we’ve got some incredible stories cooking.”

There are times when Bleeding Cool understood that certain characters were considered toxic. That editorial and creative divided over the approach to characters. And for some, an approach bordering on cruelty seemed the norm. James is suggesting this has changed. And as for Tim Drake?

“There’s some Tim Drake stuff coming that I am particularly thrilled about, and cannot wait for you all to read. Teenage Tim Drake fanboy James was cheering on his feet reading the outline for this upcoming story.”