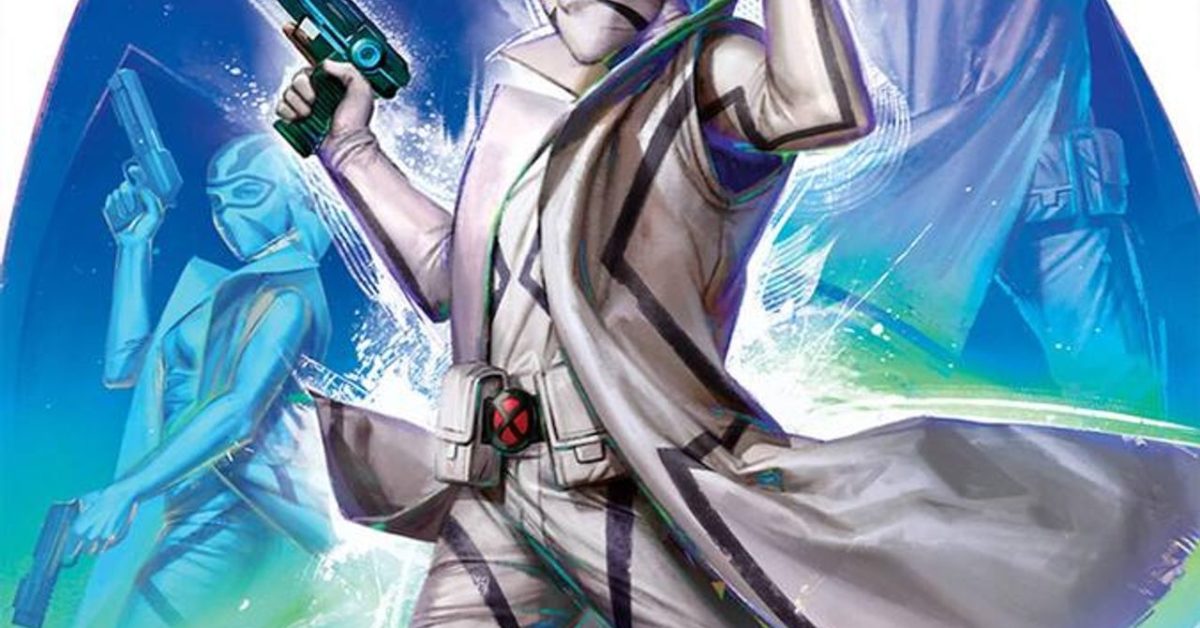 Fantomex will headline the new prose novel from Marvel and Aconyte Books‘ XAVIER’S INSTITUTE line, Triptych, where he will be fight clones of himself. That seems par for the course in the life of mutants and, well, anyone in the Marvel Universe, really.

Fantomex, created by Grant Morrison, is a superpowered mutant pastiche of classic European swashbuckling criminal antiheroes like Phantomas (who was really an outright murderous criminal mastermind) and Danger: Diabolik. Fantomex’s mask is actually based on Diabolik’s. The pastiches, lifts, and homages run deep here, falling into the vortex of Marvel’s House of Ideas, where everyone else’s ideas eventually end up getting recycled.

As the official synopsis for the book goes:

“Former super-soldier and master thief Fantomex stumbles upon one of his clones, Cluster, stealing priceless artifacts from the Louvre. Outwitted and intrigued, Fantomex decides to beat Cluster at whatever game she’s playing. But something is different about these artifacts— they’ve all been infused with nanotechnology, very similar to the kind that originally created Fantomex. And they aren’t the only ones looking for them…

Their other clone, Weapon XIII, is on the hunt too. What begins as cat and mouse fun robbing museums around the world turns into a journey of self-discovery as the trio uncovers a far deadlier game.

It isn’t easy being extraordinary. Superhuman powers can be both a gift and a curse in a world where those talents can be used for good or evil. Triptych is the third installment from the XAVIER’S INSTITUTE line, which follows the young members of the New Charles Xavier School for Mutants, exploring their stories of adventure, defiance, and growth as these characters discover their abilities, a new “found family,” and their place in the world.”

Triptych will be available in trade paperback, ebook, and audiobook formats, available at bookshops and online retailers later this summer on September 7, 2021. You can pre-order it now,