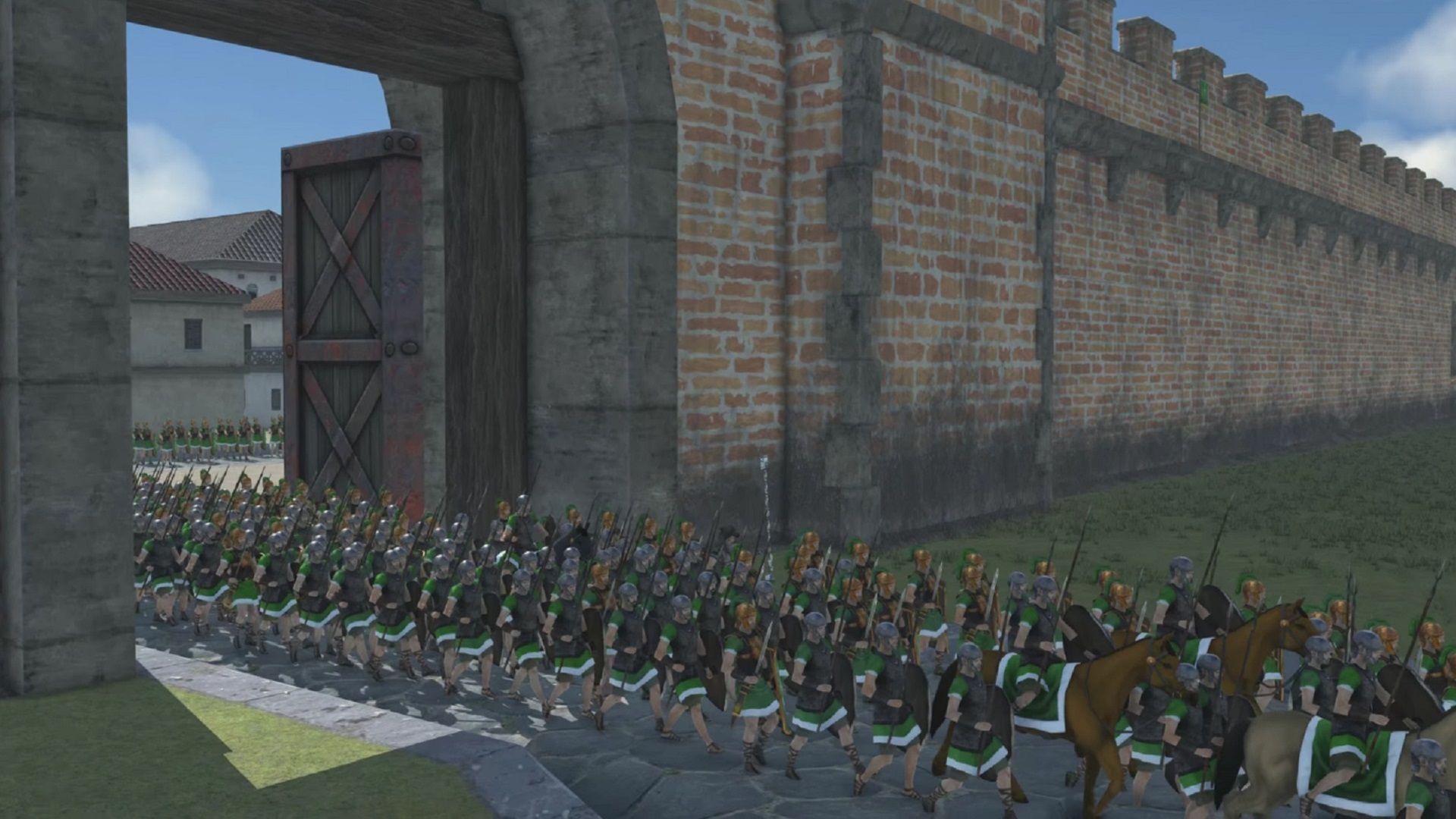 Hopefully you’ve all had some time to play Total War: Rome Remastered over the weekend. The Rome: Total War remaster has been lovingly reforged by Feral Interactive to give you one of the most loved Total War games almost exactly as you remember it, working on modern machines.

There have been more than a few changes, but the essence of Rome: Total War is still there, as is its most endearing quality – the utter jank that’s possible in the tactical battles. We allude to this a bit in our Total War: Rome Remastered review, but the original game enabled some very… special kind of tactics. Tactics that largely don’t work anymore in more modern Total War releases.

Sitting Pikeman in front of a bridge or gate and going for a cup of tea, abusing AI positioning so that it does something stupid. My personal favourite was always sending out cavalry to attack unsupported siege engines and then watching as the AI impotently tried to assault my cities without them. It’s one of those facets of the game’s original design that never escalated to become a problem, just a way for you to perform heroic acts of defiance in a way that made you feel all warm and fuzzy.

Plenty of other Total War fans have been enjoying the jank as well. A cursory glance at the r/TotalWar subreddit, for example, reveals several threads on the subject, our personal favourite being this one:

“Gods… I hate Gauls. My automatic rifle towers hated them too…” from totalwar

And then of course there’s this god-tier play for whenever you’re defending a narrow bridge head, or perhaps a breach in the city walls:

Of course, sometimes the game’s AI design can work against you. Total War games of this era tended to treat units of troops as one single entity, rather than a formation of individual entities.

It would lead to all kinds of pathfinding issues, such as what can be seen here, and often you had to be careful not to get entire units stuck facing the wrong way, or caught in a flank that was easily preventable. But for every instance of that, there’d be yet more instances for this:

Hahahahahahaha yes yes, charge uphill into my pikes! from totalwar

This remaster is nostalgia personified. It perhaps didn’t go as far as has been seen in other remasters, such as the Command & Conquer Remastered Collection, but it’s better than a lot of recent attempts to uplift older classics. The fact that some of the legacy issues remain just adds to its charm and acts as a reminder of why it was good in the first place. It’s not aged well as far as the wider series, but that’s ok.

Related: Since you’re here, why not pre-order Warhammer 3?

Total War: Rome Remastered is available to buy from Steam for $29.99 / £24.99, although owners of the Rome: Total War Collection can purchase the remaster for a 50% discount until May 31.

DC Remembers John Paul Leon 1972 – 2021
Epic v Apple explained: What the trial is about, and what to expect
Somnus, A New Character Debuting In Marvel Pride By Luciano Vecchio
Beyond Good and Evil 2 Still in Development But Won’t be Releasing Anytime Soon
Kibbles ‘n’ Bits 5/5/21: The Strange Case of Andrew Garfield’s Phone