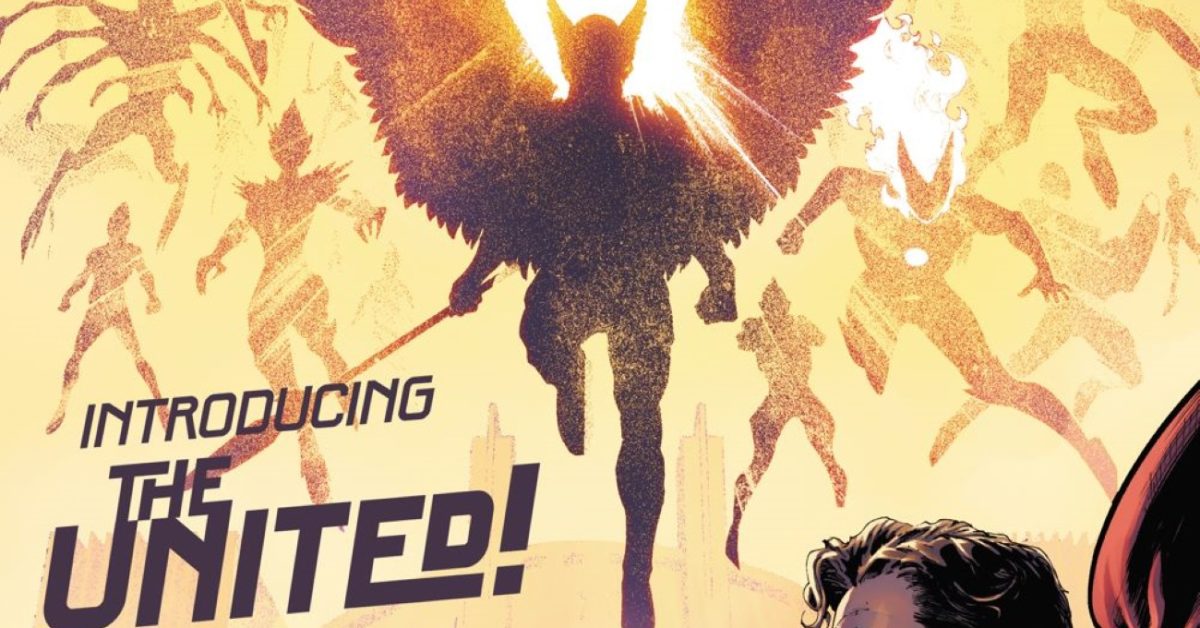 And it looks like, alongside Bendis, the team will be co-created by one of my favourite comic artists of the last forty years, Steve Pugh…

Introducing…the United! This all-new all-star group of alien warriors represents all voices in the newly formed United Planets. A galactic Justice League, if you will. The first Legion of Super-Heroes? Sort of. The United comes to the new Justice League for help because the biggest threat to the universe is on the loose, and all roads lead to…Superman. All this, and Aquaman has some surprising news. This big, bold, universe-spanning story serves as a perfect hopping-on point for fans curious where their favorite DC heroes go next!
Plus: While the Justice League Dark regroups after hitting the books (literally), all eyes turn toward Gotham, where Merlin’s followers gather to protect a mysterious weapon. Now it’ll take not one knight but two to infiltrate the cult and save reality. Batman guest-stars as the Eternal Knight’s new squire in this action-packed tale!

The Justice League heads to deep space, on the trail of the most dangerous new criminal in all the galaxy. The biggest threat to the United Planets is on the loose, and no one in the cosmos is safe. Meanwhile, on Earth, Checkmate breaks into the Hall of Justice looking for clues to Black Canary’s secret affiliation. What secret affiliation, you ask? It’s a secret, duh! All this, and Black Adam declares himself leader of the League.
Plus, as the Justice League Dark plans their next move, Batman makes his in Gotham. An ally from Etrigan’s past holds the key to saving the present, but to retrieve it, the League and the Eternal Knights must venture deep into his twisted dreams. Little do they know, Randu Singh’s mind is a maze that they could end up trapped in for good!