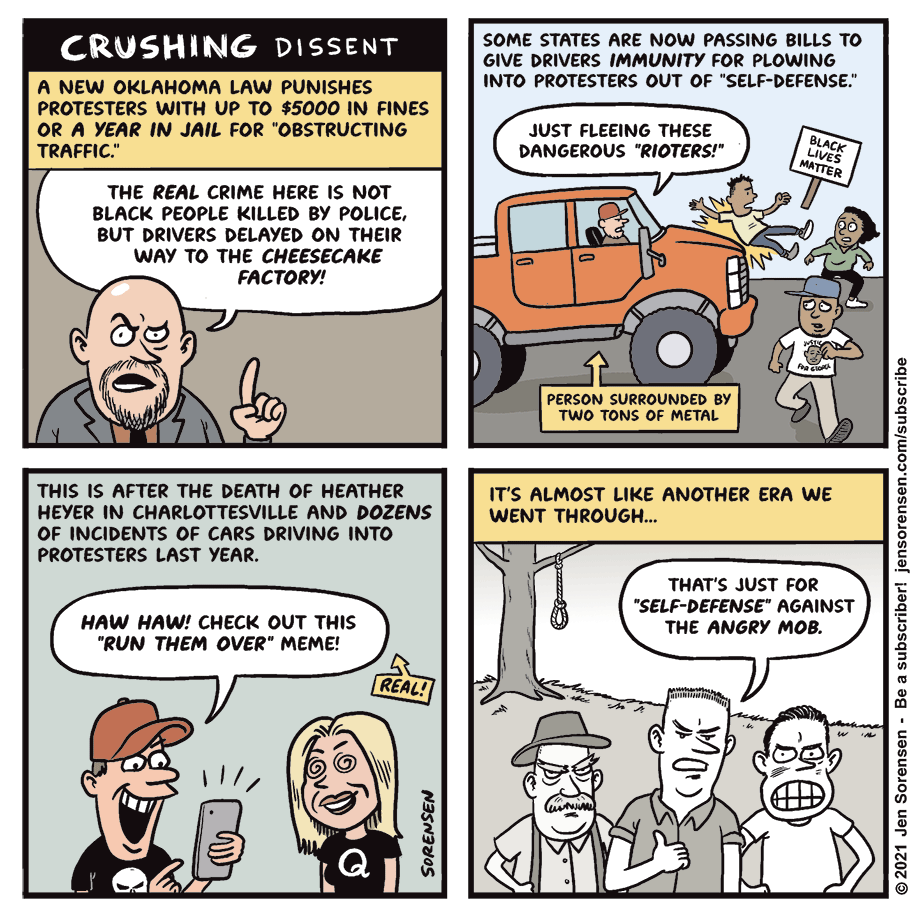 The criminalization of protest is the biggest attack on First Amendment rights of our time, and a major part of the authoritarian playbook. This Vox article breaks down the dangerous new Oklahoma law, which creates immunity for drivers who are “fleeing.” (Republican sponsors of the bill say it sets a “high bar,” but when it comes to policing and protests, such details seem highly malleable.) Florida, meanwhile, has passed a slew of draconian anti-protest measures that loosely define the concept of a “riot” and pretty much entrap anyone standing in the wrong place at the wrong time, leaving them open to felony charges.

If you are able, please consider joining the Sorensen Subscription Service!