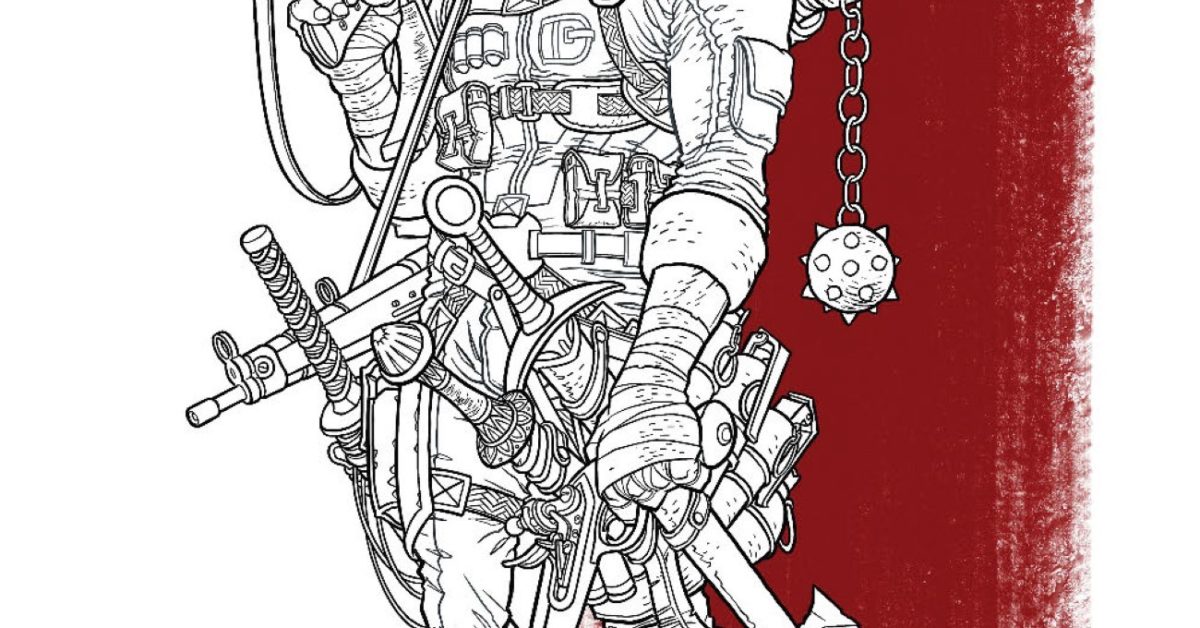 The main cover to issue  2 by Rafael Grampa has been split into three, including two 1:20  Black & White Surprise Variants (with Red Stripe and Without Red Stripe). 90% of copies orders are of the planned cover, and each other cover gets 5% of the original order.

Here’s the main Rafael Grampa cover that folk should be very familiar with at this stage in the proceedings.

Here’s the B&W Surprise Variant. And there is also the eighth printing of Something Is Killing The Children #1, in which for every 2 copies of BRZRKR #2 ordered, the comic shop is eligible to receive 1 copy. And which a free copy can be gained by readers who show proof of purchase or the special offer insert that was shipped with BRZRKR #1 foil edition, when buying BRZRKR #2.

Which is already going nuclear after word about a Something Is Killing The Children TV series. And courtesy of one retailer, how the BRZRKR #2 variant covers look in the wild:

BRZRKR (BERZERKER) #2 CVR A GRAMPA (MR)
BOOM! STUDIOS
SEP200920
(W) Matt Kindt, Keanu Reeves (A) Ron Garney (CA) Rafael Gramp?
* U.S. government Doctor Diana Ahuja seeks to unlock the mysterious B.’s  memories – lifetimes of violence and tragedy like no one else who has ever lived that began with a fateful decision in ancient Mesopotamia.
* But is Diana here to help him… or is she serving a darker agenda?In Shops: Apr 28, 2021
SRP: $3.99

Escape from madness in Call of the Sea on PS4 and PS5, out tomorrow
GRAPHIC NOVEL CLUB: AFTERLIFT writer Chip Zdarsky says writers should learn how to draw
Manifold Garden to receive PS5 upgrade on May 20 and physical release
First Look at DC PRIDE #1, new DC PRIDE logo, & MORE
Yakuza Combat Will Be Turn-Based Going Forward