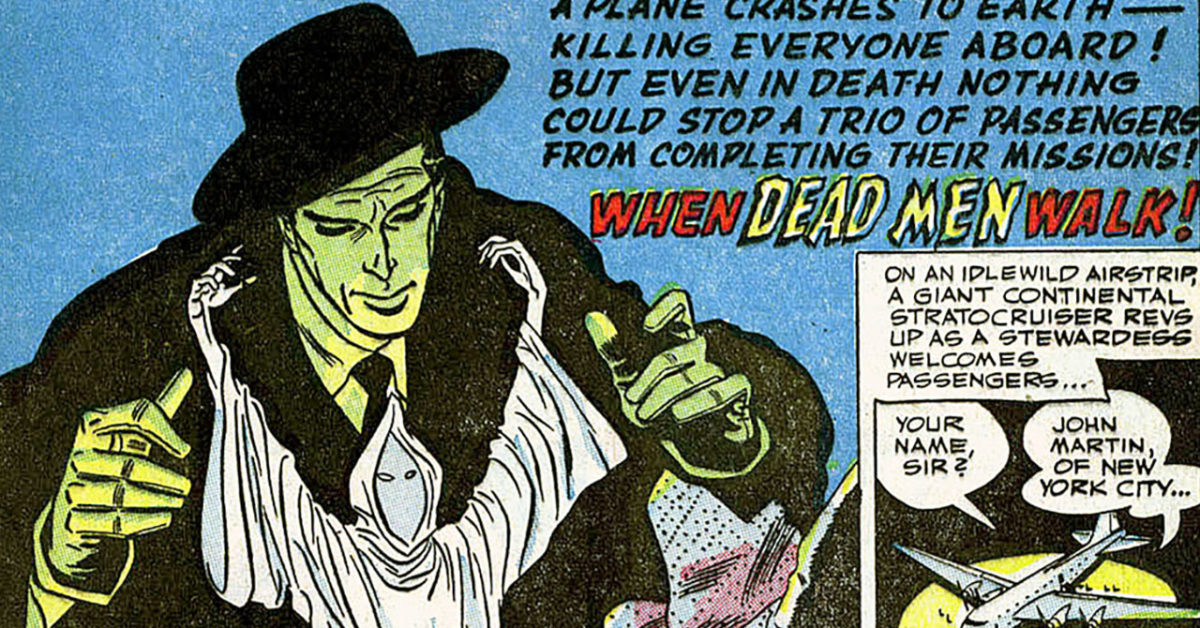 When DC Comics’ Golden Age of superheroes began to taper off during the late 1940s / early 1950s period they did what many other American comic book publishers did by turning to horror, science fiction, and even crime comics. But the short-lived Phantom Stranger titled that debuted in 1952 can more properly be seen as an editorial reaction to the rise of horror comics, rather than just as another one of the pack. There’s a copy of this man of mystery’s debut in Phantom Stranger #1 CGC 4.5 available in today’s session of the 2021 April 25-26 Sunday & Monday Comics, Animation & Art Weekly Online Auction #122117 from Heritage Auctions.

Although sometimes credited with a little kinship to some other “horror host” comics of the era like EC Comics’ Tales of the Crypt and its Crypt-Keeper, the Phantom Stranger as originally conceived was likely more influenced by another DC Comics character who had been introduced the prior year:  Doctor Thirteen, the Ghost-Breaker. Premiering in Star Spangled Comics #122 (cover-dated November 1951), Doctor Thirteen debunked the supernatural in his stories.  And though this is little understood today because his entire original short-lived series is so rare, so did the Phantom Stranger.  While acting as sort of a host or narrator of these tales at times, the Phantom Stranger also actively took part in these tales — to debunk them.

View the certification for CGC Certification ID 3727555015 and purchase grader’s notes if available.