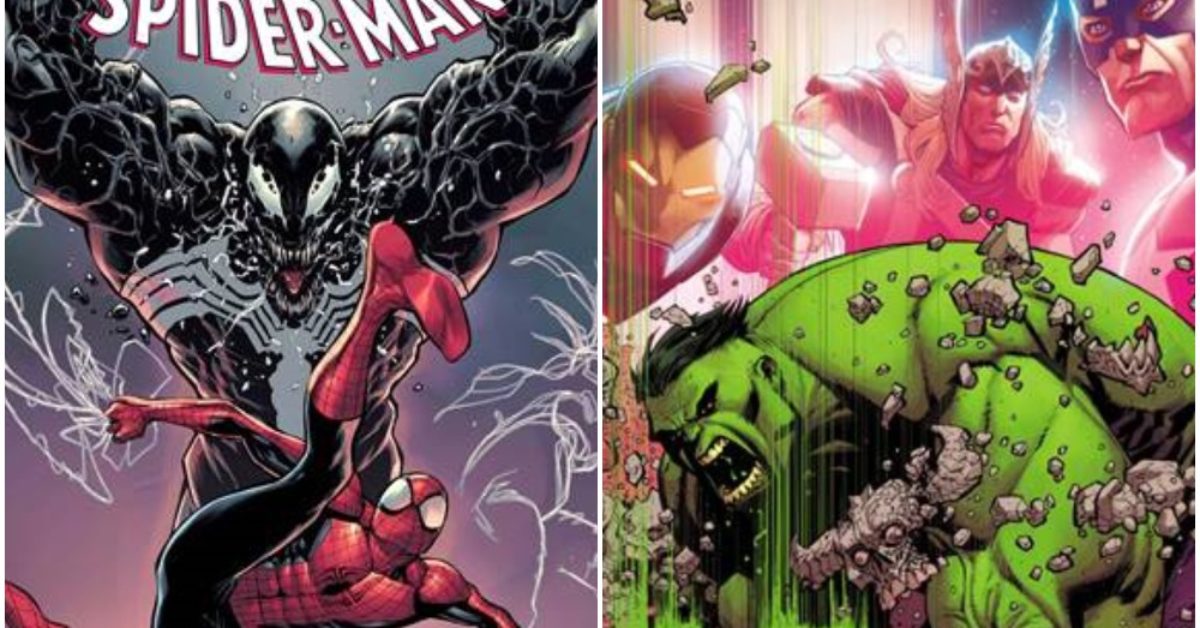 Marvel has revealed the covers of this year’s Free Comic Book Day 2021 titles, Avengers/Hulk and Venom/Spider-Man. Each of the titles, one Gold level and one Silver level, will contain two stories in each, lining up Avengers, Spider-Man, Venom, and Hulk comics to come in 2021 and 2022, with “direct connections to the year’s biggest upcoming storylines.”

Creators on the books will include Jason Aaron and Chip Zdarsky, Iban Coello and Greg Smallwood, FREE COMIC BOOK DAY 2021: AVENGERS/HULK and FREE COMIC BOOK DAY 2021: SPIDER-MAN/VENOM will be must-have for fans. Don’t miss your chance to pick up these extraordinary one-shots when they arrive at your local comic shop on August 14th. Check out both covers below and stay tuned for more information, including full creative teams.

The FOC for these FCBD books will be on Monday, the 7th of June.

Free Comic Book Day (FCBD), traditionally takes place on the first Saturday of May. Last year it was delayed and took over a month from July to September, this year it is being delayed until the 14th of August. An annual promotional effort by the North American comic book industry to help bring new readers into independent comic book stores, it was conceived and created by retailer Joe Field of Flying Colors Comics in Concord, California, inspired by the ice cream industry. The event first started in 2002 and is coordinated by the industry’s single large distributor, Diamond Comic Distributors. The event has spread to countries in Asia, Europe, and Australi, and even though DC Comics are no longer distributed by Diamond in North America, they have expressed an intention to participate in some form or other. And if anyone has ever seen hide or hair of the DC Comics Generation Zero Free Comic Book Day title from last year that was pulped, I would be most interested to hear.