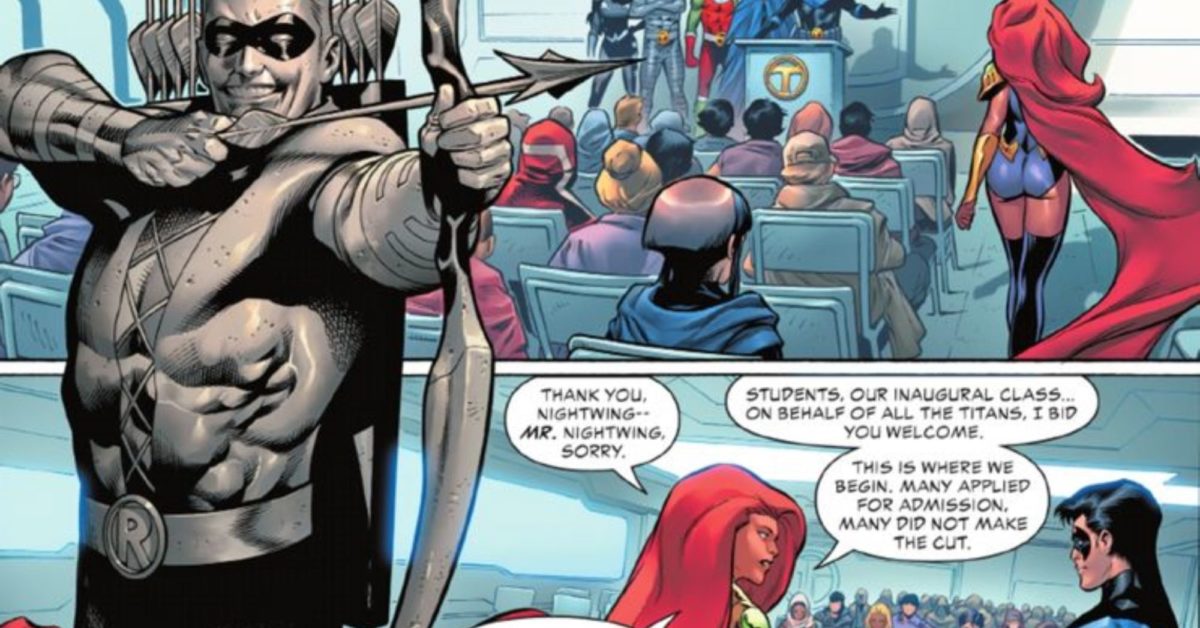 Roy Harper is one of DC Comics‘ most longstanding characters, created as Speedy by Mort Weisinger and George Papp as Speedy, the teen archer sidekick of the superhero Green Arrow in 1940. He went on to become a core member of the Teen Titans but as an adult, casts off his Speedy identity as the superhero Arsenal. and later, Red Arrow as he joined the Justice League.

Recently, he died accidentally at the hands of fellow Titan and Justice Leaguer, Wally West, The Flash in the Heroes In Crisis event comic book by Tom King and Clay Mann. But in the recent Death Metal series by Scott Snyder and Greg Capullo, along with many other characters, he was brought back from the dead for one final battle.

A while ago, Bleeding Cool got the leak about DC Infinite Frontier #0 and was told to watch out for the Green Arrow & Black Canary story by Joshua Williamson, Alex Maleev, and Jordie Bellaire.

Which for a start, reunited Dinah and Ollie over that falling out that had over that box full of the secrets to take down the Justice League – that turned out to be empty anyway. But it was a matter of principle, and you know what Olly is like about those. But also featured a call.

Back from the dead, but not yet reunited with his own chums. And looking at a red arrow. The new Teen Titans Academy has also been named after him in honour of his death, but he hasn’t told his own Titans teammates either. So what’s up with that?

Well, in the DC Comics July 2021 Infinite Frontier solicits, it appears that a change has accompanied his resurrection. In the comics, Roy Harper possesses no superhuman attributes, but he is extremely adept at the use of the bow and arrow, as well as a wide array of weaponry, with Green Arrow admitting that Roy surpassed him. He also has the ability to take virtually any object and use it in combat as an effective weapon, a martial art he mastered known as Moo Gi Gong.

But super powers? No. Not until now. As the solicitation for Infinite Frontier #2 states “the resurrection of Roy Harper gives the former Teen Titan some unexpected and unpredictable new powers.”

What could they be?

What secrets and changes lurk inside the newly expanded Multiverse? The devious Director Bones of the D.E.O. re-forms a ragtag team to keep the new worlds at bay, but was highly skilled agent Cameron Chase recruited because the director needs her help, or because he wants a patsy when things go south? Meanwhile, Alan Scott, the original Green Lantern, takes drastic measures to find his missing daughter. Someone has kidnapped Jade, and Alan’s going to find out why and bring her home. Plus, the resurrection of Roy Harper gives the former Teen Titan some unexpected and unpredictable new powers.

Barry Allen’s history with the Psycho-Pirate isn’t pleasant. The Flash encountered this mind-bending villain all the way back in the original Crisis on Infinite Earths, and it did not end well for the Scarlet Speedster. For the first time since his death and rebirth, Barry runs afoul of this foe – hopefully it will go better this time around! That is, if the even bigger villain behind the Pirate stays out of the fray, or if President Superman of Justice Incarnate sticks around to help win the day.