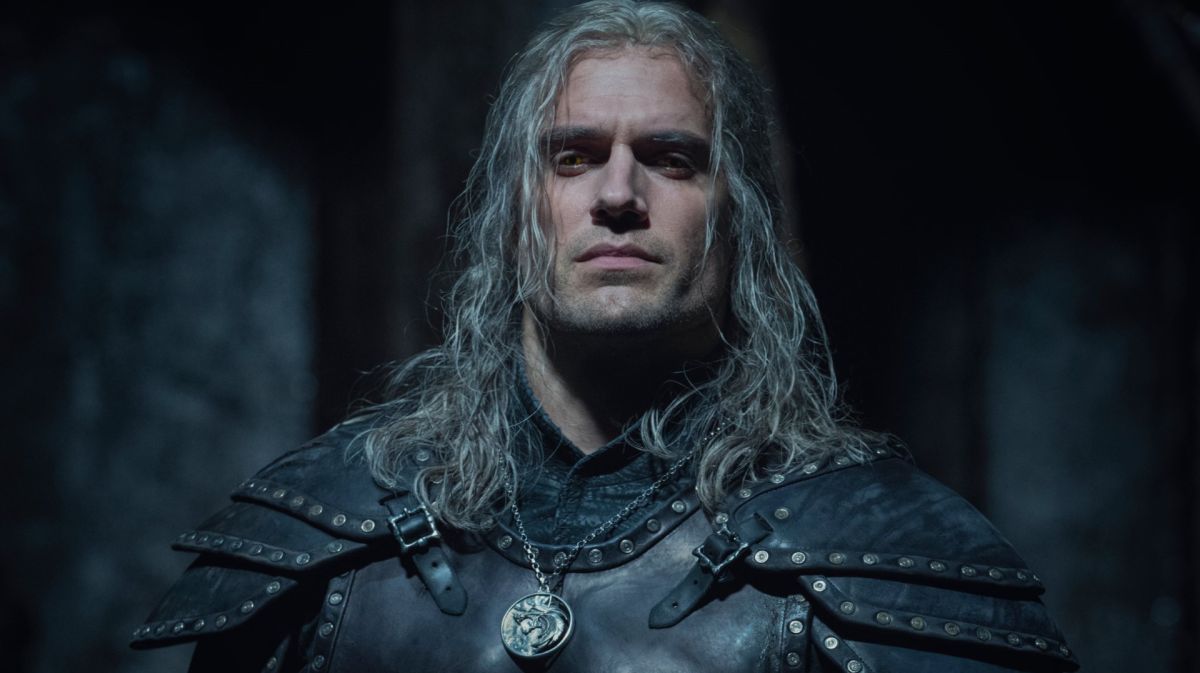 The Witcher season 2 was probably meant to be on Netflix by now, but Covid-19 restrictions slowed down filming last year. The show went on, though, and The Witcher season 2 finished shooting in early April 2021. All that’s left now is for post-production to conclude and for Netflix to pick a date to release the new episodes. You’ll be watching The Witcher season 2 before the end of 2021.

Netflix has already ordered a third season of The Witcher, too, so this won’t be the end of Geralt’s TV adventures. We’re pretty happy about that news! We were skeptical going in to season one, but Henry Cavill turned out to be an inspired choice to play gruff but reluctantly caring monster slayer Geralt, and Joey Batey is excellent as the bard Jaskier (aka Dandelion). The scenarios, of course, are familiar to those who’ve read the Witcher books and played the games, and it’s been fun seeing a new take on them.

In The Witcher season 2, the story should progress in some interesting ways now that season 1 has set the stage. Here’s everything we know about it.

According to showrunner Lauren Hissrich’s AMA with fans, season 2 will premiere sometime in 2021, but a more specific date hasn’t been announced. Filming for season 2 wrapped at the beginning of April.

Production on The Witcher season 2 had a couple brushes with the Covid-19 pandemic. Netflix suspended production on all of its shows during the first several months of the coronavirus pandemic. The Witcher cast reunited on set starting on August 17, 2020, and then filming was halted in November 2020 due to four crew members testing positive. It was resumed, but in December 2020, Henry Cavill suffered a minor injury on set that slowed filming again.

The Witcher season 2 has wrapped filming

The Witcher season 2 has finished filming, the producers announced in early April 2021. There’s still post-production to do—editing, sound mixing, effects work, and so on—but we can expect Netflix to announce a release date soon. The first season released near the end of 2019, and another holiday release wouldn’t be surprising.

Four familiar witchers are joining the cast for season 2. Firstly, Geralt’s grizzled old father figure Vesemir will make an appearance, played by Kim Bodnia. He’s the oldest and wisest living witcher in the world on top being the man who raised Geralt at Kaer Morhen from a young age—he made Geralt the witcher he is today (literally). The other three are Eskel, who will be played by Thue Ersted Rasmussen, sarcastic jerk witcher Lambert, who will be played by Paul Bullion, and Ciri’s sword combat trainer Coën, who will be played by Yasen Atour.

Another interesting casting: Kristofer Hivju will play Nivellin. Fans of the books will likely recognize that name from The Last Wish, one of the most popular Witcher stories. Hivju, who played Tormund Giantsbane in Game of Thrones, is as close as it comes to perfect casting.

Here are some other new faces for season 2:

What’s the plot of The Witcher season 2?

Netflix has released the teaser for The Witcher’s season 2 plot. “Convinced Yennefer’s life was lost at the Battle of Sodden, Geralt of Rivia brings Princess Cirilla to the safest place he knows, his childhood home of Kaer Morhen. While the Continent’s kings, elves, humans and demons strive for supremacy outside its walls, he must protect the girl from something far more dangerous: the mysterious power she possesses inside.”

Based on some photos captured by Redanian Intelligence during filming, it sure looks like season 2 will include the wild hunt. The Wild Hunt are the final enemies and subtitle of The Witcher 3, while readers of the novels will recognize them from their pursuit of Ciri beginning in the fourth book, Time of Contempt. We don’t know just yet how large of an appearance these spooky riders will make.

We’ve also been told that the plot of season 2 will be much more linear. Now that all of The Witcher’s main characters are together in one place (and one time), Season 2’s timeline will be much easier to follow, Hissrich explained in an AMA with fans. That said, the simpler timeline lets the writers use time in a way they couldn’t in Season 1. Season 2 will use flashbacks to explore Geralt’s past, for instance.

According to showrunner Lauren Hissrich, season 2 will also “dig deeper into Cahir and Fringilla,” the bad guys of the plot thus far. If that’s not sounding super familiar, Andy Kelly has recapped each episode from The Witcher’s first season in case you need a refresher before season 2:

Geralt has gotten some much chunkier armor for season 2. Ciri, on the other hand, is dressing down. She looks like she’ll be doing a lot of growing up at Kaer Morhen.

In December, Netflix started revealing some teaser images relating to The Witcher season 2 with polls for fans to pick what should be shown. Somehow, instead of choosing to see a season 2 script page, the Law Of Surprise option won out. How appropriate. It got us a bunch of glamor shots of Jaskier, and yet people are still voting for the Law Of Surprise in the following polls. That’s some Witchmas commitment.

All told, here’s what the week of Witchmas 2020 brought us in teasers for The Witcher season 2:

A posting on the Writer’s Guild of America database was spotted by fan blog Redanian Intelligence. That posting added “The Witcher Season 3 (2020-2021)” to executive-producer-writer-showrunner Lauren Hissrich’s credits. The Writer’s Guild of America is a very large union body, so it’s pretty unlikely that they’d just make this up. Season 2 was confirmed before Season 1 aired as well, so it’s pretty believable.

Where should I start with The Witcher?

Totally new to The Witcher, or just want a refresher before starting the show? Jody breaks down what you need to know in our beginner’s guide to The Witcher. If the show has gotten you interested in the source material, we also have a guide to The Witcher books to help you sort out what order to read them in.

Semi-related, Jody also wrote a very serious assessment of Netflix’s The Witcher vs the 2002 Polish TV show—which has some positive qualities of its own!

The Witcher’s showrunner already has seven seasons mapped out

The Witcher series showrunner Lauren Hissrich is optimistic for the success of the show, and says she already has six more season mapped out if all goes well. Speaking before the second season was confirmed, she said:

“We don’t have a second season yet—God willing we will—but right now it’s just about, ‘How do you set up stories that really capture audiences for years at a time?’ The worst thing we could do is put all of our energies just into season one, and not be thinking about where these characters can grow to.”

There’s a lot of material to pull from: six novels, two short story collections, and three videogames with a wealth of excellent stories. (Although the show just adapts the books.)

Henry Cavill is a big fan of The Witcher

It turns out Cavill actually sought out The Witcher after finding out it was being produced.

“I played the games—they released a game called Witcher 3 about five years ago now. Played that game to death,” he told Jimmy Kimmel. “Then I heard it was coming out—I met the showrunner, and that’s when I learned there were books. Read the books and realized that I was missing out on a whole world of the stuff. Because I’d been into the fantasy genre since I was a kid—since before I could read, my dad was reading me fantasy books.”

Following the release of season 1, Cavill spoke further about his love of PC gaming.

Where is The Witcher being filmed?

The first season of The Witcher on Netflix was filmed primarily in eastern Europe.

“WE’LL BE SHOOTING IN EASTERN EUROPE. Yes!” tweeted Hissrich. “This show couldn’t exist anyplace else. Period.” Quite a bit of filming was done in Hungary, including Budapest and other locations. The crew also visited the Canary Islands in Spain and, naturally, a castle in Poland as well.

Season 2 was filmed in London and elsewhere within the UK.

The directors for season 2 have been revealed

The directors for each episode of The Witcher season 2 have been revealed. Episodes 1 and 2 were directed by Stephen Surjik, who has previously directed episodes of The Umbrella Academy, Bates Model, Luke Cage, and The X-Files.

Episodes 2, 3, and 4 were directed by Sarah O’Gorman, who has previously directed episodes of The Last Kingdom, Death in Paradise, and Jamestown.

Episodes 5 and 8 were directed by Ed Bazalgette, whose previous directing work includes episodes of Doctor Who, Poldark, The Last Kingdom, and EastEnders, the long-running UK soap opera.

Episodes 6 and 7 were directed by Louise Hooper, a director whose past work includes UK shows like Cold Feet, Casualty, Vera, and Doctors.

A Witcher anime film is coming to Netflix

The rumors are true, a new Witcher story is in the works! The anime film, The Witcher: Nightmare of the Wolf, will take us back to a new threat facing the Continent. Brought to you by the Witcher team @LHissrich and @BeauDeMayo, and Studio Mir the studio behind Legend of Korra.January 22, 2020

The Witcher show has been a great success for Netflix. So great, in fact, that another Witcher story is on the way to the service. The anime film, called The Witcher: The Nightmare of the Wolf, is in the works from Witcher showrunner Lauren Hissrich and Studio Mir (the animation studio behind The Legend of Korra and the new Voltron show).

Netflix says the film will “take us back to a new threat facing the Continent.” We don’t know much more beyond that, but considering it’s already in development, Nightmare of the Wolf likely to come out before The Witcher’s second season. The Witcher already seems like a great fit for the dramatic action of anime. I can already imagine Geralt’s flashy sword moves exaggerated in animation.

Prequel series The Witcher: Blood Origin is in the works

Yup, it sounds like continuing the Witcher series and working on an animated movie aren’t enough. Netflix has also given the green light to a prequel series exploring the origins of the first Witcher.

“1200 years before Geralt of Rivia, the worlds of monsters, men and elves merged into one, and the first Witcher came to be,” the announcement reads. The Witcher showrunner Lauren Hissrich is co-creating it with Declan de Barra, who also wrote an episode in the first season. It will be a six-part series.

Blood Origin recently cast Jodie Turner-Smith as its lead character Éile who has left her life as an elite warrior to become a traveling musician.

This has been the toughest secret to keep! I’ve always wanted to dive deeper into the myth and lore of the Continent, and now fans will have a chance to explore it with @declandebarra in a prequel series, THE WITCHER: BLOOD ORIGIN. Elves, and enemies, and the end, oh my… https://t.co/SGzrf4WbxZJuly 27, 2020

Yes, there’s a tub, and Geralt is in it

Witchers get dirty, after all.

Hunter’s Arena: Legends Closed Beta coming to PS5 and PS4
America Chavez: Made In The USA #3 Review: Disappointing
Psychonauts 2 Release Date May Be Close, Xbox Store Page Went Live and Players Have Managed to Preload the 27GB File
Turning TV Episodes into Dark Nights with Poe and Munro
The best games like Rimworld and Dwarf Fortress