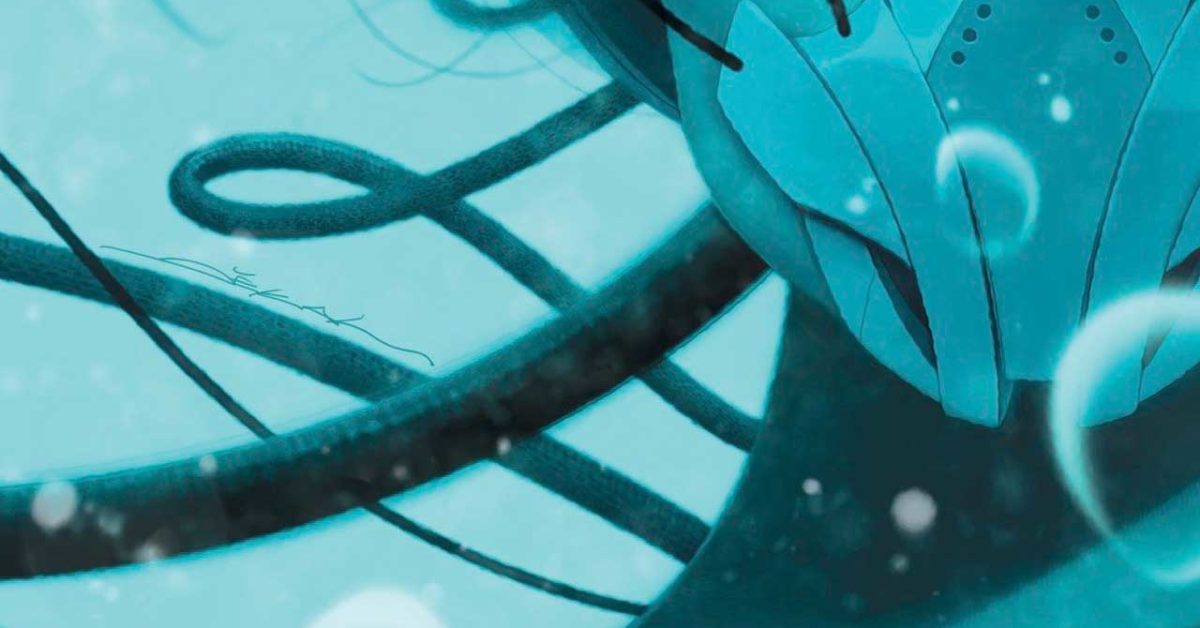 Chariot #2 is a wildly confectionary delight; this “synth-wave” adventure story combines the neon aesthetic of the 1980s with the realities of the post-terror economies. A down-on-his-luck ex-con named Jim stumbled on a salvaged cold war superweapon, and now his whole life is changing in a Weird Science-flavored take on the Knight Rider motif.

Gillian is a long way from being KITT, but this miniskirt-wearing holographic shadow of a dead super spy is a capable partner to the affable bad boy, and the visuals by Priscilla Petraites and Jeff Dekal is absolutely gorgeous. The way Jim’s finally named ex Sadie is depicted virtually levitates off the page, as does the digital landscape where Gillian was trapped for decades.

This Bryan Edward Hill script is like a Patrick Nagel painting come to life, with Vice City vibes and a mean streak to it that pops up in its science fiction surprise bookending the issue. This is fun and gorgeously done storytelling that leans into being more sizzle than steak. The deeper elements of the previous issue aren’t discussed, but they serve as a backdrop that enriches what’s on the page here.

With rock-solid entertainment value and everything you need to truly grasp the story between these covers, this is a solid piece of entertainment that will give you the equivalent of a fun little sugar rush. RATING: BUY.

Chariot #2
By Bryan Hill, Prescilla Petraites
The Chariot was a Cold War-era secret government project to provide its star agent with a weapon unlike any other in the form of a super-charged muscle car. It sank into the ocean decades ago, and the agent along with it. Now, a petty criminal looking to reform his life has stumbled upon the Chariot, and he’s about to find out that the agent’s consciousness is still controlling it in this synthwave thriller.