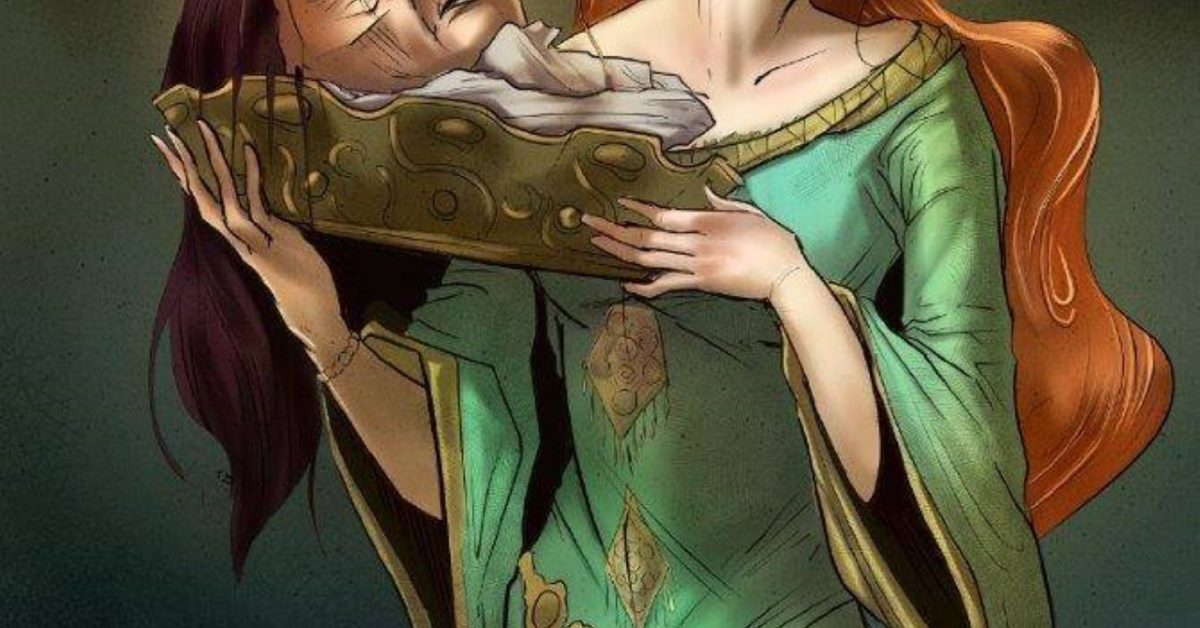 PrintWatch: Department Of Truth#1 by James Tynion IV and Martin Simmonds is going to a fifth printing from Image Comics. No cover yet. Published on the 12th of May, 2021.

PrintWatch: Nottingham #1 by David Hazan, Shane Connery Volk and Luca Romano is going to its third printing from Mad Cave Studios. Cover below. Out on the 19th of May.

PrintWatch: Home #1 by is going to a second printing from Image Comics. Cover below. Out on the 12th of May.

NOTTINGHAM #1 (OF 5) 3RD PTG
MAD CAVE STUDIOS
(W) David Hazan (A) Shane Connery Volk, Luca Romano (CA) Shane Connery Volk
Third Printing ! In this twisted medieval noir, the Sheriff of Nottingham hunts a serial killer with a penchant for tax collectors. The Sheriff’s investigation makes him the target of England’s most nefarious power-brokers. That’s to say nothing of the Merry Men, terrorists lurking amongst the trees of Sherwood, led by, an enigma known only as “Hood.” Mad Cave Studios presents: Nottingham, but not as you remember it.. $3.99 5/19/2021

HOME #1 (OF 5) 2ND PTG
IMAGE COMICS
MAR218115
(W) Julio Anta (A) Anna Wieszczyk (CA) Lisa Sterle
When a young boy is torn away from his mother while seeking asylum at the U.S. border, something begins to change in him, and it isn’t just the trauma, anxiety, and guilt you’d expect. He doesn’t know it yet, but it’s the onset of superhuman abilities that will change his life forever. JULIO ANTA and ANNA WIESZCZYK debut with a deeply grounded and heartfelt five-issue series that explores the real-world implications of a migrant with extraordinary powers.In Shops: May 12, 2021
Final Orders Due: Apr 19, 2021 SRP: $3.99

DEPARTMENT OF TRUTH #1 5TH PTG (MR)
IMAGE COMICS
MAR218326
(W) James TynionIV (A/CA) Martin Simmonds
SERIES PREMIERE! Cole Turner has studied conspiracy theories all his life, but he isn’t prepared for what happens when he discovers that all of them are true, from the JFK assassination to flat Earth theory and reptilian shapeshifters. One organization has been covering them up for generations. What is the deep, dark secret behind the Department of Truth? Bestselling writer JAMES TYNION IV (Batman, Something is Killing the Children) debuts his first Image ONGOING SERIES alongside breakout artist MARTIN SIMMONDS (Dying is Easy)!In Shops: May 12, 2021 Final Orders Due: Apr 19, 2021 SRP: $3.99