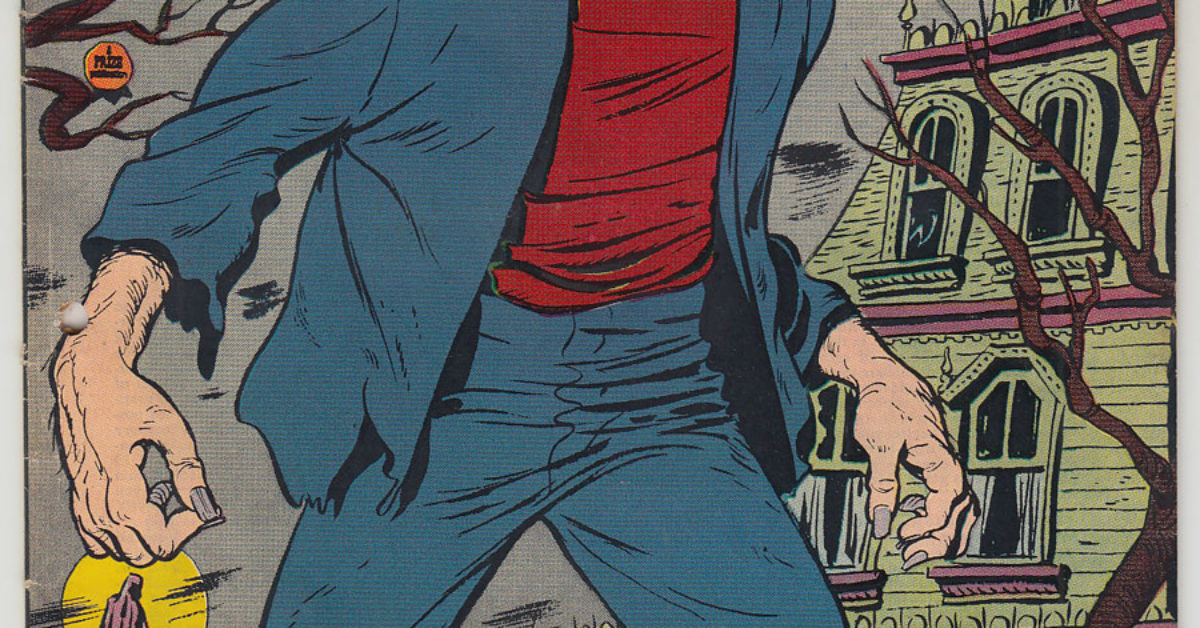 Frankenstein Comics is a series that I have had some interest in for some time. Running from 1945-1954 from Prize Comics, the series is one of the first horror comics ever printed in America. He was so popular that they gave him his own series. Listen to how crazy this series sounds: “Like many returning veterans, Frankenstein settled into small-town life, becoming a genial neighbor who “began having delightful adventures with Dracula, the Wolfman and other horrific creatures. Richard Briefer, with his trademark “loose and smooth ink and brush skills,” began telling stories that would “straddle some amorphous line between pure children’s humor and adventure and an adult sensibility about the world.” Wild stuff here. On auction, today at ComicConnect is issue #19 of the series, and currently, it is only sitting at $78. Check out the cover below.

How Cool Is This Frankenstein Cover?

“After being revived in issue #18, Frankenstein’s Monster has been found in an old stone quarry – but the town wants him gone! No longer the silly animal lover we met in the early part of the series, the Monster is a blight on the town, terrifying its citizens. Death and destruction abound! Three-hole punches through book, otherwise F/VF classic Briefer CVR. Artist Information: Richard “Dick” Briefer (January 9, 1915 – December 1980) was an American comic-book artist best known for his various adaptations, including humorous ones, of the Frankenstein monster.”

Everything about this series screams awesomeness. I cannot wait to get my hands on these someday, but if you don’t want to wait like me and want to try and snag this copy go here and place a bid. While you are there, you can check out all of the other books taking bids this afternoon, and there are some real gems here, including other Frankenstein issues besides this one.

Jeremy Konrad has written about collectibles and film for almost ten years. He has a deep and vast knowledge of both. He resides in Ohio with his family.