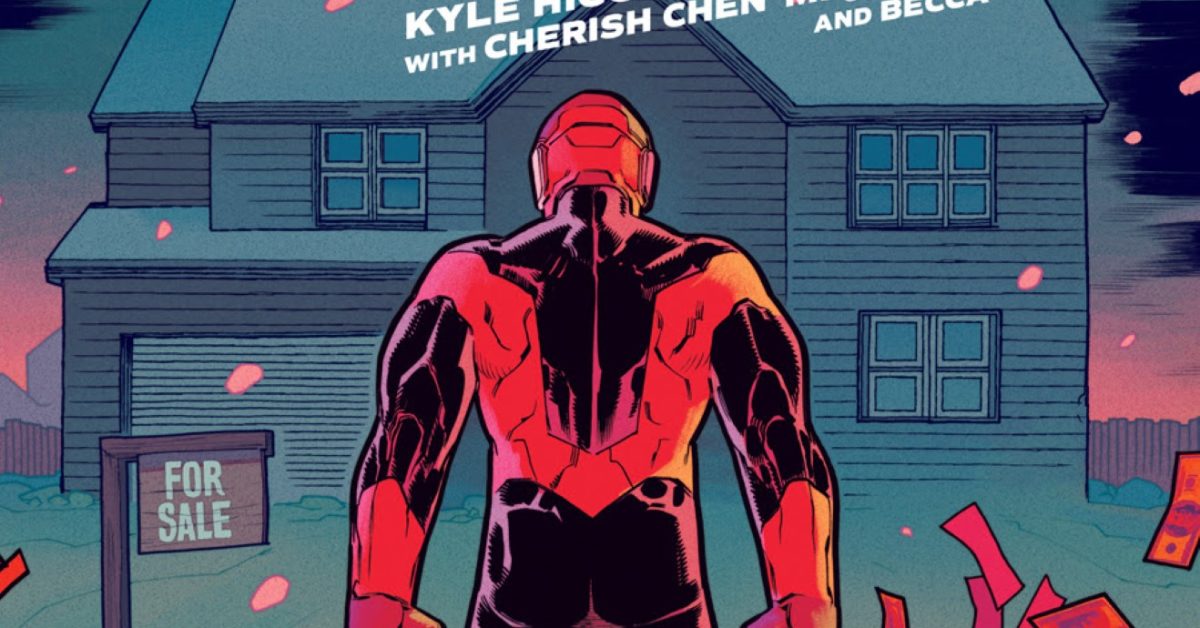 Who’s under the helmet of Radiant Red? Radiant Black #6 promises fans a red-hot new story that challenges everything you think you know about the man beneath the mask!

“From the very beginning, one of the things that Michael, Marcelo and I were quite excited about was finding opportunities to bring some different creative voices to Radiant Black,” said Higgins in an exclusive with io9/Gizmodo about the issue. “Now, with issue 6, we have our first chance to do that,” said Higgins. “Darko Lafuente has been one of my favorite artists in the industry, since his stunning run on Ultimate Comics: Spider-Man. Cherish Chen is a newer comics writer who has absolutely blown me away with her voice and command of tone. We’re so excited to welcome them both to the Radiant Black family.”

Radiant Black tells the story of Nathan Burnett who has “just turned thirty and things aren’t great ― he’s working (and failing) at two jobs, his credit card debt is piling up and his only move… is moving back home with his parents. But when Nathan discovers the ethereal, cosmic Radiant, he’s given the power to radically change his fortunes…unless the Cosmic Beings who created them succeed in taking them back by any means necessary. Oh, and did we mention there’s a Red Radiant who wants Nathan dead?”

And now we are going to get a look under the helmet. Radiant Black #6 will be published by Image Comics on Wednesday, the 21st of July.