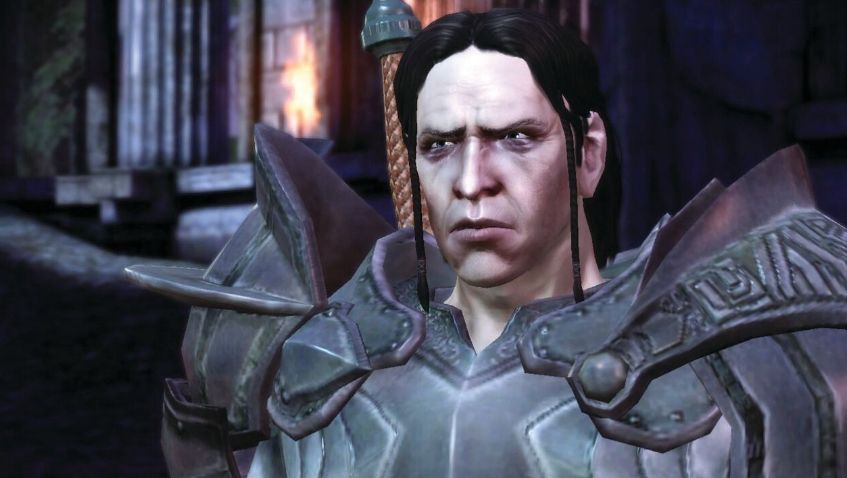 We recently said that Outriders is the most divisive game of 2021 so far, but I’m not sure that even it can hold a candle to Dragon Age 2. We liked it a lot, saying it had “the best RPG combat ever” and possibly gaming’s “best storytelling” in our 94% review, but an awful lot of Dragon Age fans were somewhat more tepid on the whole thing overall.

One person who holds Dragon Age 2 in very high regard, unsurprisingly, is David Gaider, the lead writer on the game. Gaider, who also has credits on Baldur’s Gate 2, Neverwinter Nights, Knights of the Old Republic, Dragon Age: Origins and Inquisition, and Anthem, expressed unreserved pride in the writing team’s work on the game during a recent run on Twitter, although he also allowed that the development process wasn’t entirely untroubled.

“DA2 was the project where my writing team was firing on all cylinders, and they wrote like the wind—because they had to! Second draft? Pfft. Plot reviews? Pfft,” he tweeted. “I was so proud of what we all accomplished in such a brief time. I didn’t think it was possible.”

“DA2 is, however, also where goal posts kept moving. Things kept getting cut, even while we worked. I had to write that dialogue where Orsinio turned even if you sided with him, because his boss battle had been cut and there was no time to fix the plot. A real WTF moment.”

DA2 is, however, also where the goal posts kept moving. Things kept getting cut, even while we worked.I had to write that dialogue where Orsinio turned even if you sided with him, because his boss battle had been cut and there was no time to fix the plot. A real WTF moment. 😡April 13, 2021

Gaider described Dragon Age 2 as “a fantastic game hidden under a mountain of compromises, cut corners, and tight deadlines,” which he acknowledged is tough for most gamers to get past. But he also suggested that, under the circumstances, it was almost an inevitable outcome.

“On one hand, DA2 existed to fill a hole in the release schedule. More time was never in the cards. DA2 was originally planned as an expansion!” he tweeted. “On the other, if we had more time, would we have started doing that thing where we second guess/iterate ourselves into mediocrity?”

“I should add I’m not, by any means, against iteration. Some iteration is good and necessary. The problem that BioWare often had is that we never knew when to stop. Like a goldfish, we would fill the space given to us by constantly re-iterating on things that were ‘good enough’.”

I would personally say that DA2 is a fantastic game hidden under a mountain of compromises, cut corners, and tight deadlines. If you can see past all that, you’ll see a fantastic game. I don’t doubt, however, that it’s very difficult for most to do that. https://t.co/Ag6MSE1hNoApril 13, 2021

For fun, he listed some of the things that he’d like to include in a Snyder Cut-style do-over of the game, including the restoration of act 3 plot points that would have made the buildup to the clash between Mages and Templars seem less sudden, and of Orsinio’s end battle, so he wouldn’t necessarily turn on the player. He’d also throw in a romance with Varric, an endgame option to avoid choosing sides, and an expanded opening that would give players the chance to spend time with Bethany and Carver before the Darkspawn attack.

“I would have taken out that thing where Meredith gets the idol. It was forced on me because she needed to be ‘super-powered’ with red lyrium for her final battle,” he tweeted. “Being ‘crazy’, however, robbed her side of the mage/templar argument of any legitimacy. I hated hated hated that.”

God damn it, I meant “Make DA: Exalted March”. The DA2 expansion, NOT Exodus since that was DA2’s original name and makes no sense.Because the expansion ended with Varric dying, and that will always be on my “things left undone” list.April 13, 2021

The planned Exalted March expansion was cancelled, creative director Mike Laidlaw explained in 2017, because of the move to the Frostbite Engine: Laidlaw said that if BioWare had attempted to make Exalted March and transition to Frostbite at the same time, “both would have suffered a lot.”

Gaider emphasized that an expanded cut is never actually going to happen, saying that he wouldn’t be surprised if EA considers Dragon Age 2 “its embarrassing red-headed stepchild.” He also noted that “in many ways DA2 was as good as it was bad BECAUSE of how it was made.” It’s a fun look at what might have been, though, even if there’s a note of sadness to it as well: Gaider said that thinking about it is “enough to give a sober man pause, because that was THE Project of Multiple Regrets.”

Gaider left BioWare in 2016, after 17 years at the studio. In 2019, he co-founded a new operation in Australia called Summerfall Studios, which is currently working on an “adventure musical” called Chorus.