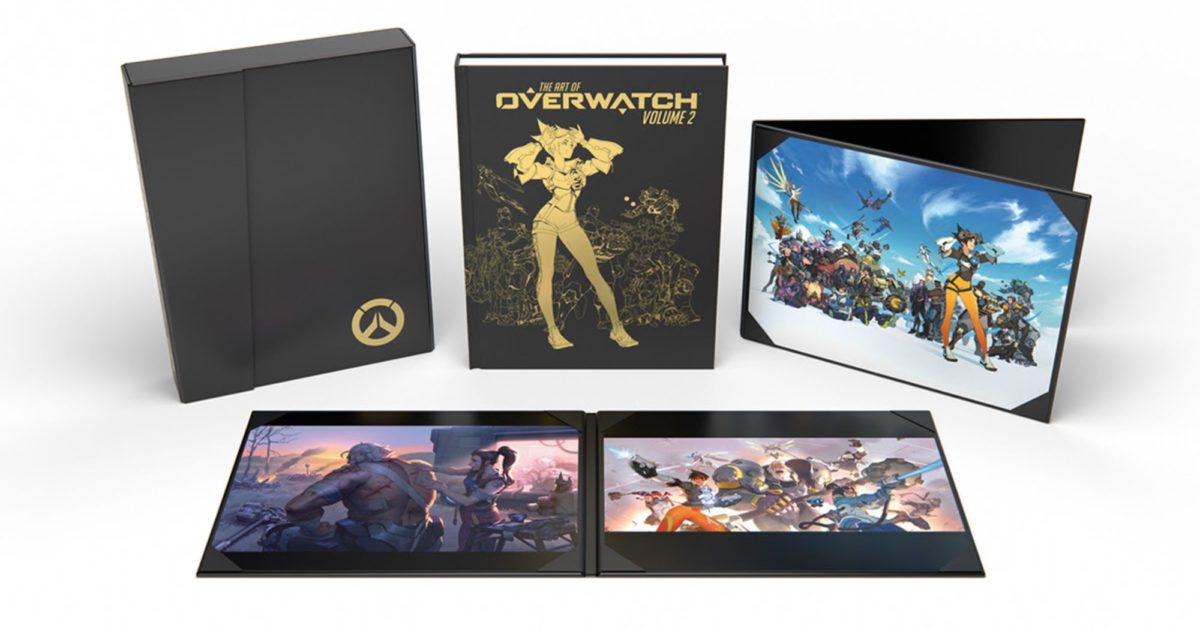 It’s ten long years since Dark Horse discovered a massive, untapped audience for big hardcover volumes collecting artwork used to create major video games, with their History Of Hyrule. And ended up dominating the Diamond charts for months – and years. And now, courtesy of Dark Horse Comics’ publishing of Overwatch comic books, they have got to do the same with the art behind the Overwatch game. The first volume was a smash hit, and a second is now scheduled for October, in the same oversized hardcover format,

Dark Horse Books and Blizzard Entertainment present The Art of Overwatch Volume 2 Deluxe Ed. This highly anticipated tome is filled with the behind-the-scenes work from four years of new Overwatch content, including heroes, skins, and maps!

A deluxe-edition compendium including never-before-seen concept art for new characters—from Doomfist to Echo! This volume showcases new content from summer 2017 onward, including the development process around fan-favorite heroes, environments, and cinematics. Beyond new content, this all-encompassing guide goes further, expanding on the construction of unique, event-driven game modes, NPC design, and more. Introduction text and a sneak peek at Overwatch 2, meticulously crafted with the Overwatch game team, complete this beautiful collection.

The Deluxe Edition features an exclusive cover rendered in eye-catching foil and comes with a clamshell case for the book, along with three lithographs housed in two portfolios. Created in close collaboration with Blizzard Entertainment, who will be offering the standard hardcover edition.

The Art of Overwatch Volume 2 Deluxe Ed will be available on the 27th of October 27, 2021. And the question is now, what artwork from what video game should Dark Horse tackle for their next such volume?