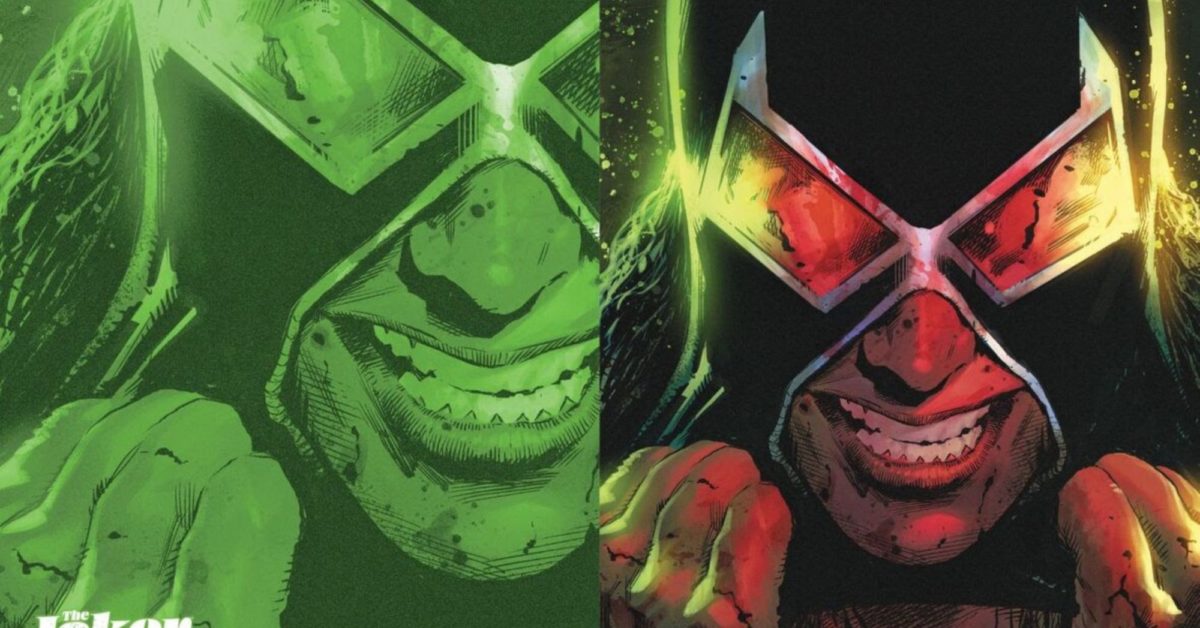 Last week, Bleeding Cool ran some Gotham Gossip about an upcoming new character for the Batman books who we erromneously first called Lady Bane but later found this was to be Vengeance, Daughter Of Bane. Courtesy of DC Comics and Lunar Distributors sending out Vengeance: Daughter Of Bane variant covers to comic stores, one for every fifty copies retailers had ordered of The Joker #2.

It will appear on retailers’ invoices as “Santa Prisca”. And Bleeding Cool has now had a sneak leaked peek from the issue, out on Tuesday from DC Comics. And we now get the code reference to the item as well.

Because at Santa Prisca, fictional DC Carribean island and Bane’s home, scientists are up to stuff. After all, this is where the performance enhancer drug known as Venom was perfected.

And now they have a new subject. And by the looks of things, not the person from The Joker #2 who hired Jim Gordon to kill the Joker. Though her aims will ally with them, considering the Joker killed Bane.

In last year’s Joker War Zone, the Joker made a trip to Arkham Asylum to berate the captured Bane for killing Alfred Pennyworth in front of Damian Wayne, Robin, rather than in front of Bruce Wayne, Batman. That it was a wasted death. And that he would have his revenge on Bane. One what will King Snake might have to say about all this?

The Joker #2 is published by DC Comics on Tuesday.

JOKER #2 CVR C BRIAN STELFREEZE VAR
(W) James Tynion IV – Sam Johns (A) Guillem March – Mirka Andolfo (CA) Brian Stelfreeze
As the dust settles on Arkham Asylum and tragic recent events, The Joker is the most wanted man in the world—and powerful forces are lining up around the globe to hunt him…but where exactly is the Clown Price of Crime? Jim Gordon, facing his twilight years haunted by the madman, knows where to start the hunt, and he’s been given the go-ahead to pursue him… but will he be willing to pay the price? And what shocking revelation will Gordon stun Batman with before he departs? And in the backup story, within the walls of Blackgate Penitentiary, Punchline has become the target of the Queen of Spades from the Royal Flush Gang. It’ll take everything Punchline has just to survive, while on the outside, Bluebird digs deeper into Punchline’s horrific past! In-Store: 4/13/2021 $5.99