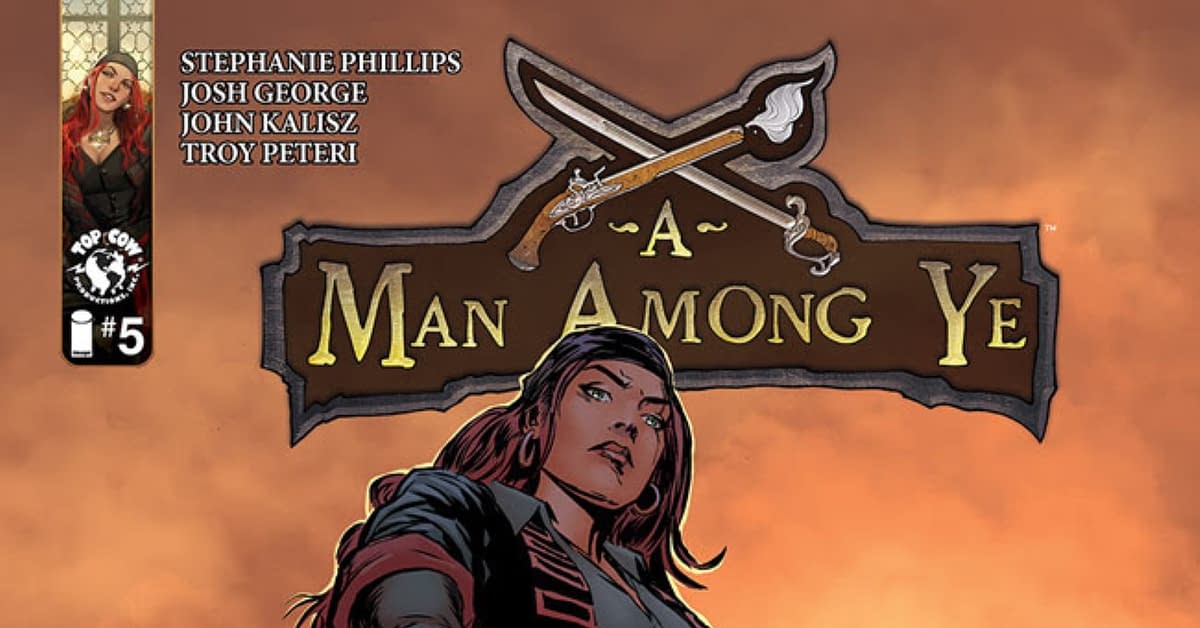 Every time I run a story about the Stephanie Phillips pirate queen comic A Man Among Ye about Anne Bonny, I get lots of DMs from people who have come across the article when searching and want to know more. Is this a comic? Yes. Where can I get it? From a comic shop? There are comic shops? Yes, there are.

And now the comic book is returning from Top Cow/Image Comics after a hiatus with a new artist, Josh George, for a new arc, in July.

“I’m really excited to be working with Josh George, John Kalisz, and Troy Peteri to bring A Man Among Ye volume two to readers this summer,” said Phillips. “It’s been an incredible adventure to be able to bring Anne Bonny and Mary Read to the world of comics, and I can promise that we’re definitely not done yet.”

In A Man Among Ye #5, Pirate queen Anne Bonny is back with her crew of lady buccaneers after a harrowing escape from a Caribbean prison! But can they find a safe haven on land or sea after Calico Jack Rackham’s betrayal and the governor’s promise to hunt down and execute Anne?

George added: “I’m very excited to be working on the book with the other great creators.  We’re all trying our best to make the characters come alive, and I really think the readers will be in for a treat. Thanks so much!!”