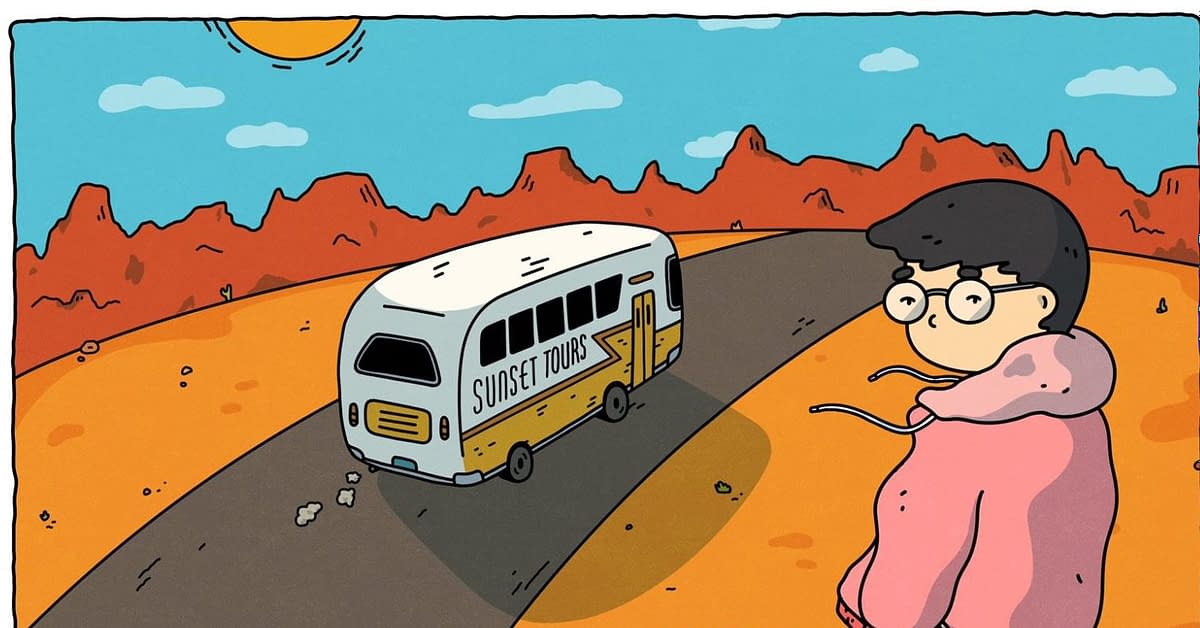 Next Stop is a middle grade contemporary graphic novel that follows Pia as she deals with her brother’s death and embarks on a magical road trip that changes her life.

Debbie Fong is an illustrator, designer, and cartoonist from Brooklyn, and sole artist behind POMMO Press, and has been creating and publishing small press comics since 2015. Her next illustrated children’s book, titled How To Be a Person, was published by Storey Publishing last year but Next Stop will be her first graphic novel.

Debbie Fong posted the news to social media, saying “NEXT STOP is a story about friendship and loss and a magical sight-seeing road trip bus tour through the desert… I can’t wait to share it with you. Here’s a lil sneak peak of NEXT STOP and my main character.”

Next Stop will be published in 2023. Debbie’s agent Janna Morishima at Janna Co. brokered the deal for world rights.

Random House Graphic (RHG) is a new imprint dedicated to publishing graphic novels for kids and teens of every age and interest, fiction and nonfiction, and launched its first list in Spring 2020. Gina Gagliano is the Publishing Director of Random House Graphic.

These arevboth very powerful comic book industry figures to have on Debbie Fong’s side!