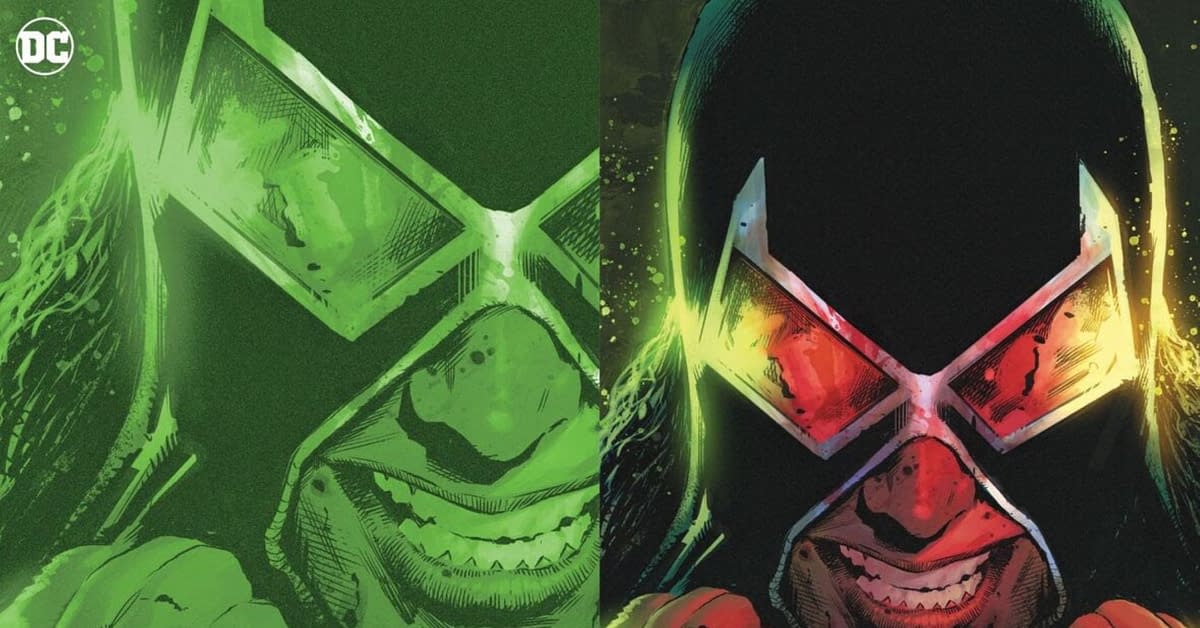 This morning, Bleeding Cool learned some interesting Bane-related Gotham Gossip for The Joker #2, out from DC Comics next week. That it would feature a brand new Batman villain, called Lady Bane. Well, it was wrong. Just not entirely. But, it was pretty damn close. Here’s the scoop.

Because now comic book stores who ordered fifty or more copies of Joker #2 will receive a special surprise in their Lunar distribution shipment this week, a free copy of a variant featuring the brand new character Vengeance, Daughter of Bane drawn by Trevor Hairsine.

So Daughter of Bane, not Lady Bane. We were so close.

It will appear on retailers’ invoices as “Santa Prisca”. This cover is not orderable by anyone, and was exclusively available to retailers who placed an order of fifty or more copies of Joker #2 by FOC. even though they didn’t know it. Maybe that will help the new increased standard price tag of $5.99 more palatable? To recap…

In last year’s Joker War Zone, the Joker made a trip to Arkham Asylum to berate the captured Bane for killing Alfred Pennyworth in front of Damian Wayne, Robin, rather than in front of Bruce Wayne, Batman. That it was a wasted death. And that he would have his revenge on Bane.

In Infinite Frontier #0, we saw the death of Bane, at the hands of Jokerised gas bombs, as part of an event called A-Day that killed five hundred inmates, guards and medics at Arkham Asylum. And that these bombs had been placed there by the Joker at an earlier stage – presumably when he visited Bane.

And with former Commissioner Gordon hired to take down The Joker – is it possible that the character of Cressida may have some relation to Vengeance, the daughter of Bane? One also might wonder what King Snake might have to say about all this?

The Joker #2 is published by DC Comics on Tuesday.

JOKER #2 CVR C BRIAN STELFREEZE VAR
(W) James Tynion IV – Sam Johns (A) Guillem March – Mirka Andolfo (CA) Brian Stelfreeze
As the dust settles on Arkham Asylum and tragic recent events, The Joker is the most wanted man in the world—and powerful forces are lining up around the globe to hunt him…but where exactly is the Clown Price of Crime? Jim Gordon, facing his twilight years haunted by the madman, knows where to start the hunt, and he’s been given the go-ahead to pursue him… but will he be willing to pay the price? And what shocking revelation will Gordon stun Batman with before he departs? And in the backup story, within the walls of Blackgate Penitentiary, Punchline has become the target of the Queen of Spades from the Royal Flush Gang. It’ll take everything Punchline has just to survive, while on the outside, Bluebird digs deeper into Punchline’s horrific past! In-Store: 4/13/2021 $5.99

Open-World Survival MMO The Day Before Headed to PlayStation 5 and Xbox Series X/S
Guardian’s of the Galaxy system requirements demand 150GB of disk space
Bendis Pits Justice League vs. The Legion of Super-Heroes in January
Call of Duty Warzone’s Ricochet Anti-Cheat Kernel-Level Driver Has Reportedly Already Been Leaked
DC FanDome News – The Milestone Initiative to Develop the Next Wave of Comic Book Storytellers!