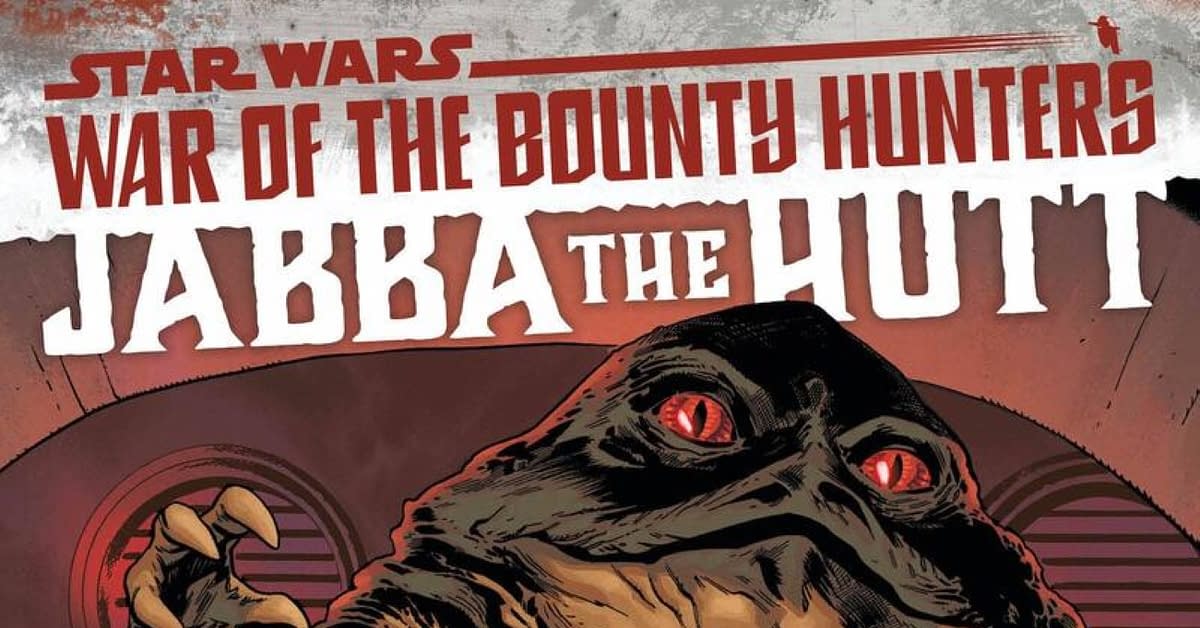 Marvel’s Star Wars event, War Of The Bounty Hunters focuses on what happens to Han Solo’s frozen body between Empire Strikes Back and Jabba The Hutt’s palace in Return Of The Jedi.

Apparently, there was some kind of Star Wars Weekend At Bernie’s-type shenanigans going on with his body, and Marvel Comics has decided that’s the story they are going to tell.

The first of four single-issue tie-ins, Star Wars: War of the Bounty Hunters — Jabba the Hutt #1 will be published in July, written by Justina Ireland with pencils by Luca Pizzari and cover art from Mahmud Asrar.

STAR WARS: WAR OF THE BOUNTY HUNTERS — JABBA THE HUTT #1
Written by JUSTINA IRELAND
Penciled by LUCA PIZZARI & MORE
Cover by Mahmud Asrar
JABBA NEVER FORGIVES! JABBA NEVER FORGETS! JABBA THE HUTT is one of the most powerful and ruthless gangsters in the galaxy—and BOBA FETT, his most trusted bounty hunter, has failed him. How will Jabba deal with betrayal? VIOLENTLY. And what does this have to do with a bounty hunter with ties to the HIGH REPUBLIC?

“Getting to work on a comic at Marvel, especially a Star Wars comic about one of the most perpetually under-appreciated criminal masterminds in the whole galaxy, has been a trip,” Ireland tells StarWars.com. “It’s exciting, a little scary, and really makes me wish I could time travel to tell my twelve-year-old self-reading comics in the grocery store self  ‘All of this will pay off one day.'”