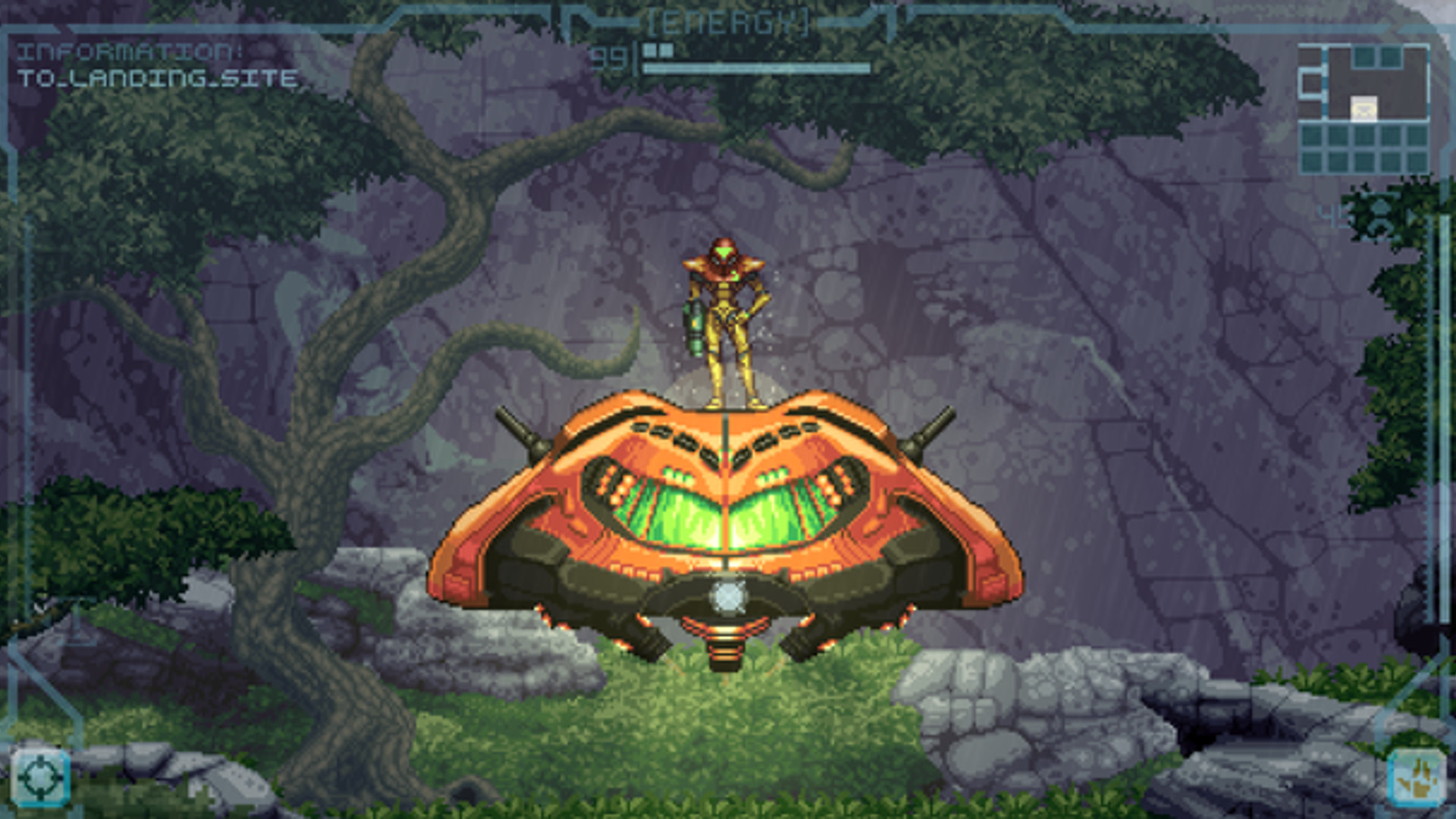 The Metroid Prime series is wonderful, but there’s something about the classic 2D exploration the FPS games lacked. The two schools of thought are merged in Prime 2D, a completely free fangame that turns Metroid Prime into a modern roguelike game.

The first demo was posted on the team’s forums, originally as an April fools joke, before being switched out for the real thing. You can visit several locations, from the Tallon Overworld, to the Chozo ruins, and Artifact Temple, absorbing the atmosphere of the beautifully lush pixel art jungles, and strikingly barren landscapes. If nothing else, developer Team SCU has a strong handle on the slight alien feel the series is known for.

Controls take a bit of getting used to, because there’s no tutorial or way to view them, but the general keys are as follows: A/D – move left/right, S – crouch, Q – scan visor, space – jump, mouse to aim, left-click shoot, right-click scan. Pressing S twice goes into morph ball, and that’s mostly it. Aiming and shooting uses full rotation, and according to Metroid Database, if you play and finish, there’s something post-credits.

Here’s the demo in action:

Prime 2D is another in a growing parade of demakes, ranging from Bloodborne as a Zelda-like, to Deadly Premonition on the Game Boy. If you want more in a very loosely associated genre, we have the best souls-like games, and best space games.